When local meteorologists began calling for large amounts of snowfall across the geographic region covering the Diocese of Fort Wayne-South Bend, many people began talking about other historic snow events – particularly the Great Blizzard of 1978. This occurred on Jan. 26 more than 40 years ago, hitting Indiana and Ohio with huge amounts of snow and, sadly, took the lives of 70 Hoosiers. Snowfall combined with record low temperatures closed schools, including colleges, for several days and buried streets, cars and houses. Even for those who had not experienced that event, the memory of the worst blizzard on record in the area still lives on whenever winter weather threatens northeast Indiana.

This year, schools in the area closed or switched to eLearning on the evening of Feb. 1 in anticipation of the potentially hazardous weather expected to begin on Feb. 2. About a foot of snow fell in most areas within the diocese and travel advisories and warnings were declared throughout northeast Indiana.

With the unpredictable winter weather in Indiana, Hoosier schoolchildren can typically expect delays or closures due to adverse weather conditions – fog, snow and ice can all make travel difficult if not impossible. Even extreme cold and negative wind chill sometimes keeps students home from school.

Aside from the 1978 blizzard, other events have impacted learning and shut down entire cities in the Hoosier state. 2009 saw a snow and ice storm that swept through the Midwest and caused hazardous road conditions and closures. In early 2014, Indiana experienced a large snowstorm which was followed by such cold temperatures that a state of emergency was declared across much of the state, and even colleges closed their doors for a few days. 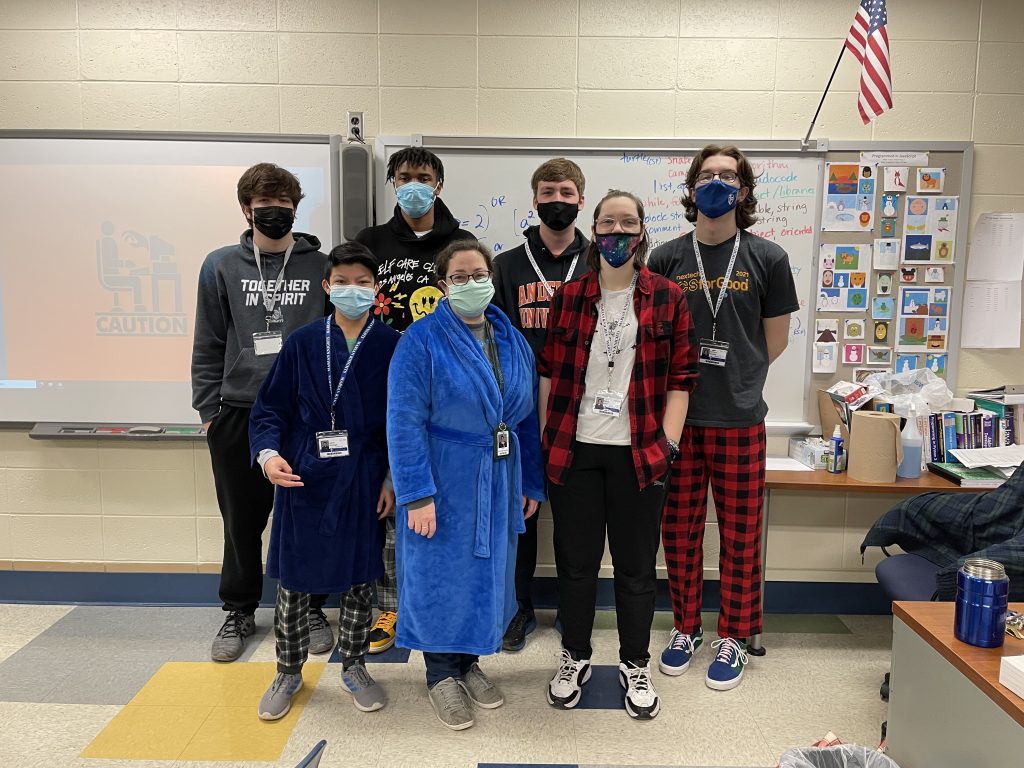 Provided by Erin Hasse
Marian High School students were allowed to come to school in their pajamas one day as part of their Catholic Schools Week celebration and each hallway was decked out in a different color scheme.

Catholic Schools Week tends to fall in late January or early February, during the heart of severe weather season. It is a much-anticipated celebration of the Catholic school system, replete with fun activities and themed-dress days. Unfortunately, there is always the possibility that a day or two of school might be missed due to snow or ice or other hazardous weather. This year, most schools shut their doors for at least two if not three days during the celebratory week, depending on the school’s location and the surrounding road conditions.

Virtual learning has allowed schools to utilize technology to keep students safe at home while still counting it as a school day, and the COVID-19 pandemic has equipped most schools to take advantage of that. But some schools find that too many days in a row of eLearning are harder to maintain, and others schools see the benefit of simply canceling school for the day. 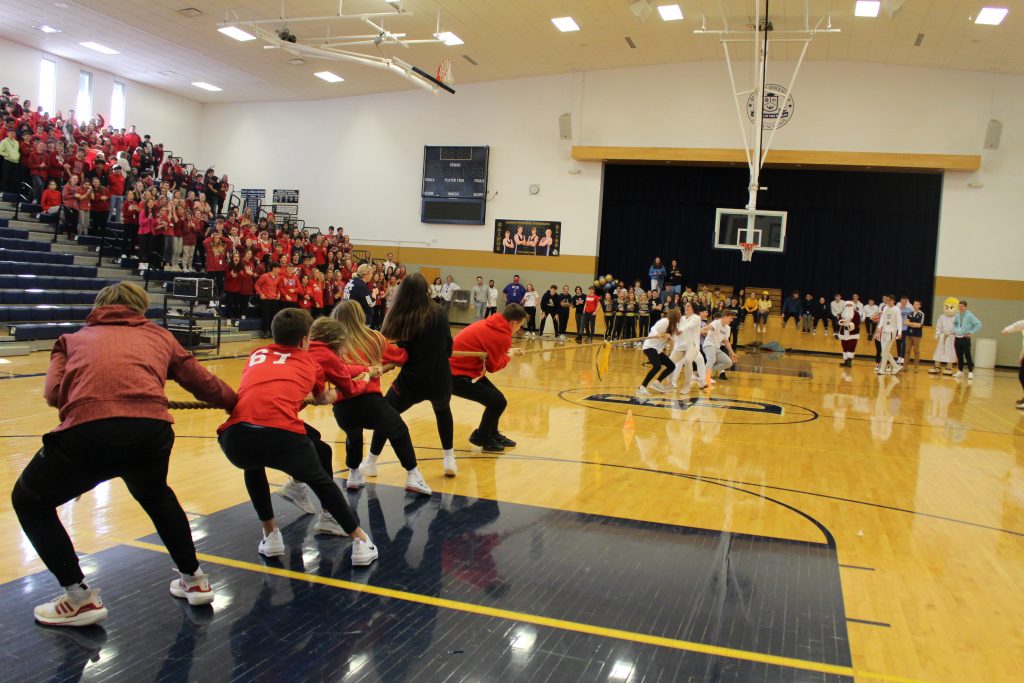 Clara Burns
Students at Bishop Dwenger High School were able to celebrate Catholic Schools Week with a pep session, including a round of tug-of-war, and Mass before a winter storm forced schools to close or go to virtual learning.

“There are times when everyone needs a break from digital learning,” said Dennis Wiegmann, principal at Queen of Angels School in Fort Wayne. He chose to prepare students in advance for eLearning on Wednesday, but expected to simply call a snow day for Thursday and Friday. “We need to remember the days when we were children and days off school meant sledding, building a snow fort or snowman and having snowball fights. Good old-fashioned snow days can be just as much of an educational experience as eLearning.”

St. Jude School in South Bend closed for two days, so they were able to enjoy some of their planned Catholic Schools Week activities during the three remaining days. Principal Ana Maria Lewis said that, since the students look forward to those themed days, they will move the two that were missed to the next week. 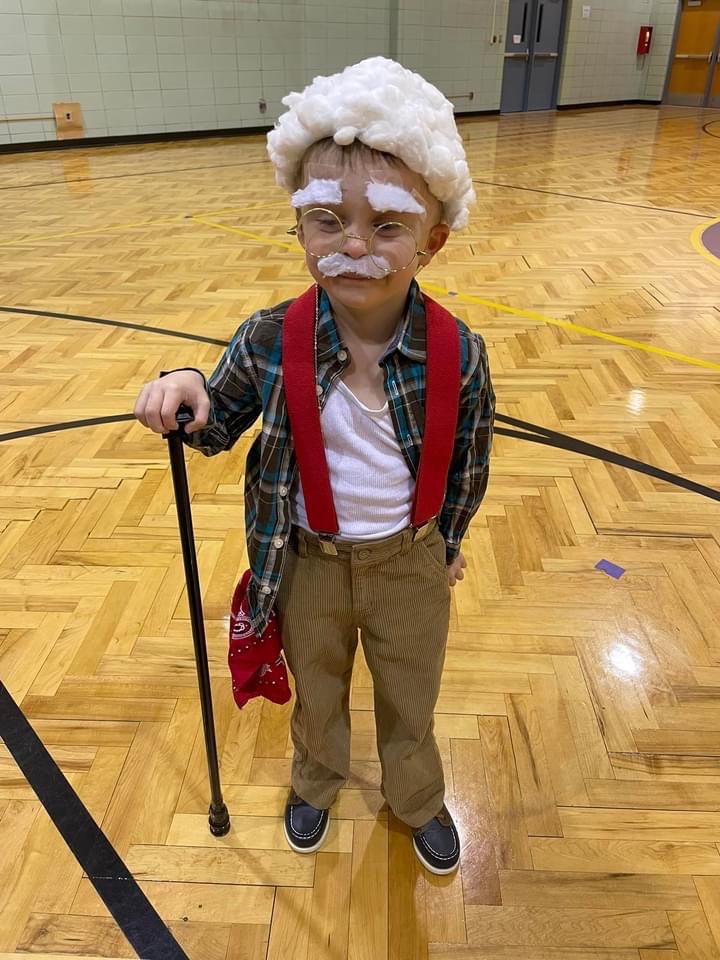 Mishawaka Catholic School held Catholic Schools Week activities at both its St. Bavo and St. Joseph campuses. Even with missing two days of school, the students were able to find fun and creative ways to celebrate their Catholic education. They had a pajama day and the preschool students celebrated the 100th day of school by age-progressing themselves to 100 years. The school intends to reschedule the missed days in upcoming weeks.

Each day saw a new theme at St. Jude, such as welcome and inclusiveness, and the dress code for each day matched the theme. For example, for inclusiveness, students are taught that they are part of the Universal Church and were allowed to wear shirts from other Catholic elementary and high schools or colleges. Throughout these days, students also had the opportunity to support four charities selected by the house representatives, to which each individual student could choose to give their dress-down donations.

Aside from simply making the days enjoyable for the students, Lewis wanted to honor the teachers who take up this important vocation. On Monday, she surprised them with new school supplies, Tuesday with a coffee bar – that was very well-received – and Friday provided chips and salsa for the staff.

Every school manages to find fun ways to celebrate their Catholic identity during Catholic Schools Week – even when snow and ice threaten to disrupt the festivities. Adaptability is yet another aspect in which Catholic schools excel. 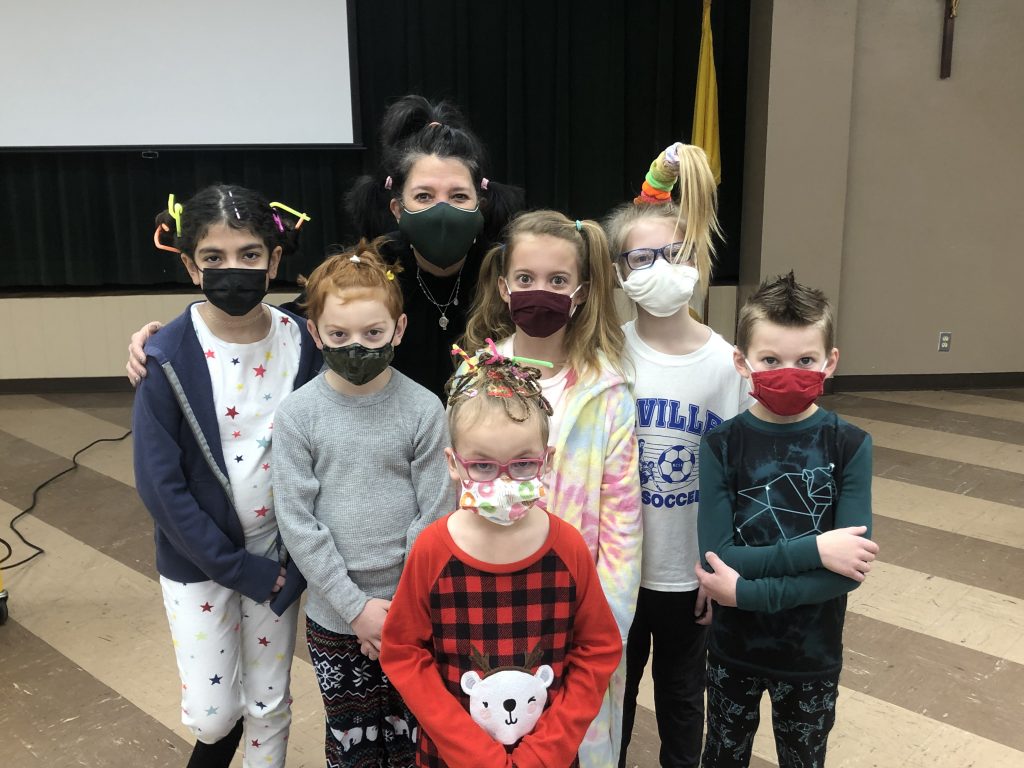