WASHINGTON (CNS) — The Vatican Congregation for Catholic Education temporarily lifted a decree that had taken away the Catholic status of Brebeuf Jesuit Preparatory School in Indianapolis.

The decree was issued three months ago by Indianapolis Archbishop Charles C. Thompson when the school refused to dismiss a gay employee in a same-sex marriage.

Its suspension is just until the congregation makes a final decision since the Midwest Province of the Society of Jesus, which administers Brebeuf, has appealed the archbishop’s decision to the Vatican congregation.

“We have just learned that the Congregation for Catholic Education has decided to suspend the archbishop’s decree on an interim basis, pending its final resolution of our appeal,” Jesuit Father Bill Verbryke, Brebeuf’s president, said in a Sept. 22 letter to the school community, posted on the school’s website.

He said in light of the congregation’s temporary decision, Archbishop Thompson said the school is free to resume Masses, which would include a Mass for the feast of St. Jean de Brebeuf Oct. 24. 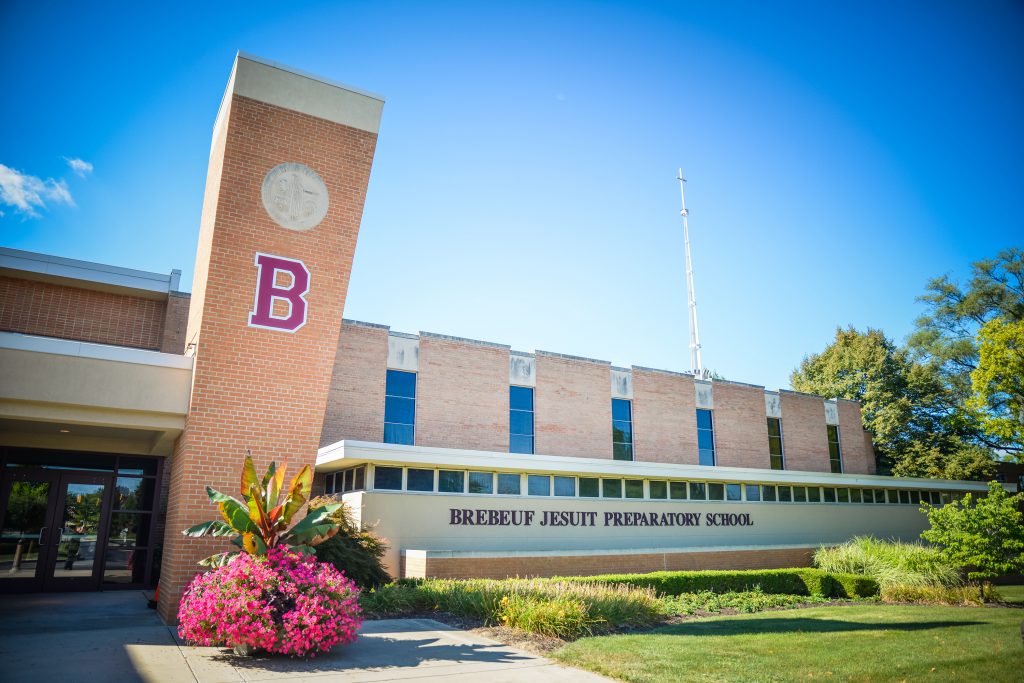 Brebeuf Jesuit Preparatory School in Indianapolis is seen in an undated photo. The Vatican Congregation for Catholic Education temporarily lifted a decree that had taken away the Catholic status of the school issued three months ago by the Indianapolis archbishop when the school refused to dismiss a gay employee in a same-sex marriage. (CNS photo/courtesy Brebeuf Jesuit Preparatory School)

Father Verbryke stressed that the temporary suspension of the archbishop’s decree “does not mean that the matter has been resolved, or that any permanent decision has been made. It also does not mean that anyone should infer that the Congregation for Catholic Education is leaning one way or the other on any of the issues at hand. The Congregation has simply granted a temporary suspension of the archbishop’s decree until it makes a final decision,” he wrote.

He also said he does not know how long the appeal process will take but that school officials are “sincere in our desire to resolve our disagreement with the archbishop and resume the strong relationship we had always enjoyed with the archdiocese” since the school’s founding in 1962.

The school president said the appeal process is taking place in an environment of “deep love for our Church, but also, despite our differences on this matter, deep respect for the archbishop.”

Father Verbryke also said the school ultimately hopes to “remain in full communion with the Catholic Church, without restrictions on our celebration of the Eucharist, and that our identity as a Catholic school be fully recognized and supported by the archdiocese.”

A Sept. 22 statement issued by the Indianapolis archdiocese said: “Following standard canon law procedures, the Congregation for Catholic Education in Rome has temporarily suspended the effects of a decree by the archdiocese derecognizing Brebeuf Jesuit Preparatory School as a Catholic institution.”

The archbishop’s removal of Brebeuf’s Catholic status this summer drew national attention particularly as it came just days before Cathedral High School in Indianapolis announced that it had rescinded the contract of a teacher in a same-sex marriage based on the contract’s morality clause.

In a news conference June 27 after the two decisions were announced, Archbishop Thompson said the issue involving the two schools came down to the Catholic Church’s teaching on marriage.

While stressing that “one’s (sexual) orientation is not a sin,” the archbishop said the issue involving the two schools “is about public witness of Church teaching on the dignity of marriage as (between) one man and one woman. That is our Church teaching.

“In this particular case we’re dealing with, those are ministers in our Church. Teachers, guidance counselors, other leaders, leaders of the schools and other leaders in the archdiocese are bound to live out these principles,” he said.

The archbishop also noted that in both schools the archdiocese only responded when the situations were brought to its attention.

According to the Indianapolis Star daily newspaper, Joshua Payne-Elliott is currently suing the Indianapolis archdiocese, alleging that it illegally interfered with his contractual and employment relationship at Cathedral High School, which led to his firing.