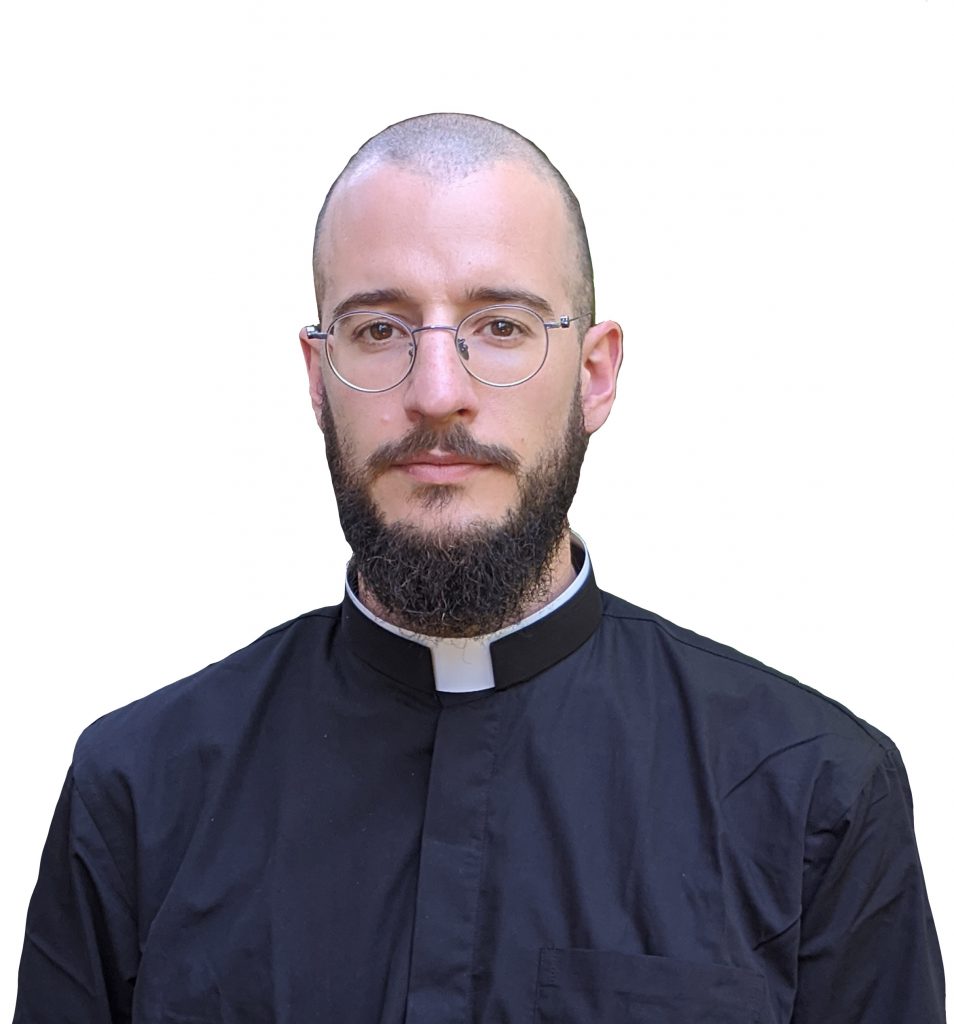 Fort Wayne is a far cry from the Alps of Italy, yet Paolo Degasperi formed a strong bond that prompted him to seek ordination as a deacon for the Diocese of Fort Wayne-South Bend.

Degasperi first came to Northeast Indiana to join the community of the Poor Brothers of St. Francis at Our Lady of the Angels Oratory in Fort Wayne. After nearly 10 years as a Franciscan brother, Degasperi, who had been known as Brother Felice, decided it was time to move in a different direction.

Born in Trent, the city in which the ecumenical Council of Trent, the event that spurred the Catholic counter-reformation, took place, Degasperi was raised as the youngest of four children in a household that had already produced two religious vocations.

The Franciscan tradition appealed to him because of the influence of his older brother and sister, both of whom joined a Franciscan order. “My brother became a friar when I was 10 or 11. So I think they were — especially my brother — very instrumental both in helping me grow in my faith, and to know my faith well.”

Degasperi spent most of his high school and college years resisting the call to the religious life. But by the end of college, he had to make a decision.

“At this point, it’s becoming a serious thing. And so, I just started to pray again, to be open to the possibility. When I did that I just knew,” Degasperi stated. He joined a Franciscan order in Italy at age 22.

That order, however, began to experience disunity. Degasperi knew he needed to find a better fit. “I was losing the enthusiasm, losing the conviction about my call because of that situation. In order to preserve my vocation as a whole, I started to look around to see if there was another place I could go.” He knew about the community in Fort Wayne and, although it was a long way from his home, when he was invited to spend a summer there, he did.

The fraternity of the Poor Brothers was what Degasperi had been looking for, so he transferred to Fort Wayne. St. Therese of Lisieux, to whom he has a strong devotion, played a part in the decision. When he arrived at the community’s former home at St. Andrew Church, he found a small statue of a female saint in his cell.

At first, he couldn’t tell who she was. “I saw the cross and the roses. It was St. Therese … So that was little sign that I was supposed to be here for this time.”

Degasperi and several of his religious brothers had already begun studying for the priesthood at Mount St. Mary’s Seminary in Cincinnati, Ohio, when the community agreed to disband due to personal discernments. The bond he had formed in Indiana led him to remain here, rather than return to Italy.

The influence of diocesan priests he has encountered in Fort Wayne played a strong role in helping Degasperi discern his new vocation to the diocesan priesthood. “The good thing about coming to Fort Wayne was to experience very faithful priests — very normal, very young. Their life can be appealing to young men,” he said. Part of this realization came about during a summer assignment at Most Precious Blood Parish in Fort Wayne, where Degasperi served among the laity, “comforting them and helping any way I could.”

His years as a Franciscan brother have given him a strong foundation for the priesthood. He points to his own transformation in the last 10 years and how the “intense spiritual life” ingrained in him as a Franciscan has increased his ability to be a good priest. “Sanctity, for a priest, is not just about himself; it’s not for his own sake so much, but it’s always for the sake of others. A holy priest changes lives more than a lukewarm one.” Preaching and sharing the wisdom he has gained in his time as a brother are two areas Degasperi looks forward to in his vocation.

Living in the Midwest has been a vastly different experience for Degasperi. He felt a great welcome in Fort Wayne, he said, rather than the suspicion that often accompanies religious men and women in Europe. “The majority of people are not judgmental, not weirded out” when they saw him in his Franciscan robes, he said.

He has been asked if he was a Jedi or a monk. He took it in stride, viewing the honest questions as an opportunity to evangelize, to provide a positive example of religious life. “The witness of someone wearing a religious habit or clerical garb is just a sign that speaks a lot to the presence of God.”

Although his discernment process is unusual, Degasperi still sees the essence of the diaconate as a matter of service. “That’s really the priesthood for me, the most exciting thing: the fact of becoming — unworthy and unprepared as I am — an instrument in the hands of Jesus.”