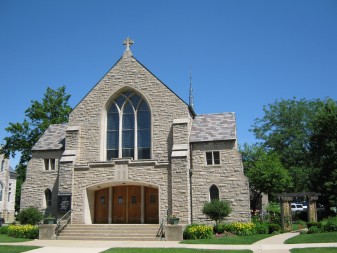 WABASH — St. Bernard Parish and School sit securely in the middle of Wabash County in a southern corner of the Diocese of Fort Wayne-South Bend serving the city of Wabash and surrounding area. Father Sextus Don, pastor there, shepherds a congregation of close to 280 families, with 83 students in St. Bernard School in grades preschool through grade 6.

With nearly 15 years as pastor at St. Bernard, Father Don says, “St. Bernard Parish is very welcoming and friendly. The congregation participates fully in the liturgy especially in the singing.” And though the church community is small in number, the ministries at St. Bernard abound.

Parishioners rally together to serve as extraordinary ministers of the Eucharist at Mass and for the homebound, lectors, ushers, altar servers, gift bearers, as well as in the choir and as cantors. St. Bernard’s RCIA and religious education programs provide formation for the faithful in Wabash. Several women of the parish meet monthly to pray and make shawls and blankets, which are called “Mantle of Mary” for the sick and homebound. The Knights of Columbus have a firm presence in the community in their fundraising to charitable organizations. 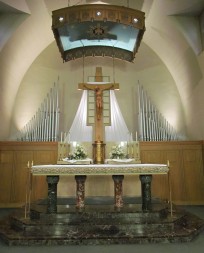 And the service of the faithful at St. Bernard doesn’t end at the church. Outreach to the community involves service to local organizations such as Meals on Wheels, local food pantries, LIFE Center which supports women facing crisis pregnancies, Helping Hands Thrift Store and Soup Kitchen, Respect Life marches, and many other events that call for ministry response is prominent.

St. Bernard School first opened in 1922 with 40 students in six grades on the first floor of the old church. Six full-time teachers and aids under the administrative leadership of Principal Theresa Carroll now house it in the current school building where 83 students are educated. St. Bernard School has been rated a “four star school” by the State of Indiana.

Father Don says of the importance of the school in the Wabash area, “As we are a small church community, maintaining an elementary school is very challenging. However, the parish is very generous in supporting the school and other local charities.” He adds, “I am a priest in the Silesians of St. John Bosco, a religious order dedicated to the service of children. Therefore, my greatest joy in being pastor is celebrating Mass with the school children on Tuesday and Thursday mornings.” Ann Unger, devoted secretary at St. Bernard says, “Father’s love of children is clearly evident in the way he produces suckers for children magically from his vestment after Mass is over.” 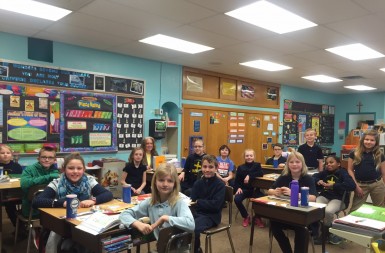 One current parishioner of St. Bernard Parish is Robert C. Martin, or Bob as his friends know him. Having grown up in Wabash, Martin recalls being part of the wonderful parish community of St. Bernard during his boyhood. He attended St. Bernard School and was baptized, confirmed and served as an altar server in “the old church.” He and his beloved wife, Mary were married by Father Leo Hofmann in that old church in 1951 before they were off to lands abroad on their new life adventure. Sixty-five years later they returned to their home parish to live their later years among family and friends.

Each Sunday between Masses, the Knights of Columbus offer doughnuts, coffee, milk, juice and hot chocolate before CCD and Adult Education classes begin.