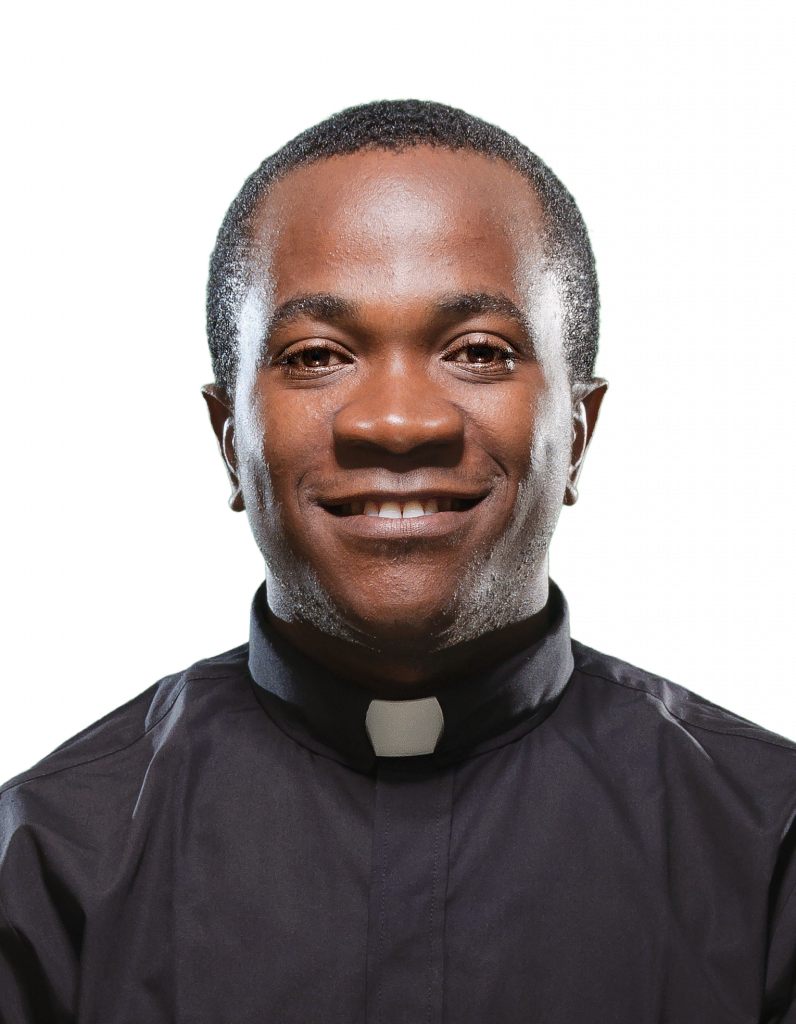 Seminarian Augustine Onuoha’s yearning for the priesthood came to him after only a decade of life. Now, thousands of miles away from his home country of Nigeria, he prepares to be ordained a deacon.

“I can remember that it was at the age of 10 that I felt God’s call to the priesthood,” he said. The third of four children, Onuoha felt the call to the priesthood after continued devout attentiveness and participation at Mass. Not only did he serve as an acolyte, but he “would always sit at the front pews of the church, admiring how my pastor celebrates the Eucharist with so much love and dedication.”

Onuoha attributes his lifelong devout faith to his upbringing.

“My parents are very devout Catholics, and my upbringing was deeply rooted in Catholic tradition.”

His father, Patrick Onuoha, died when Augustine was 4 years old. His mother, Felicia Onuoha, is a nurse and teacher.

Although he wanted to become a teacher or a medical practitioner like his mother, Onuoha said that the “zeal for the Catholic priesthood” was still present in him.

“Having discussed this with my home pastor, who sent me on a vocation discernment retreat, my strength and courage of becoming a Catholic [priest] was reinvigorated,” he said.

Only a few years later, Augustine’s pursuit of vocation to the priesthood brought him to the Diocese of Fort Wayne-South Bend, thousands of miles from home.

“After first-year theology in 2015, I proceeded to University of Dayton, Ohio, to acquire [a] master’s degree in theology before I was accepted by His Excellency Bishop Kevin C. Rhoades,” he said. “I am sure that God brought me to this diocese to serve God and our people. In my prayers, imagination, daydreaming and the reading of the Gospels, I find myself remaining in this desire of becoming a Catholic priest,” Augustine said.

He is “really looking forward to serving our people in love, sincerity, docility and disposition” as a deacon.

“As a deacon I will be configured to Christ as servant. When ordained a deacon, I will be able to proclaim and preach the Gospel, baptize, witness marriages, take the Eucharist to the sick, celebrate funeral and burial services and pray the divine office for the intention of the Church and her members,” he said.

He thanks his mother, siblings, relatives and friends who God have put into his life. “I have met very wonderful people and priests in my life who have encouraged me in this journey thus far.”