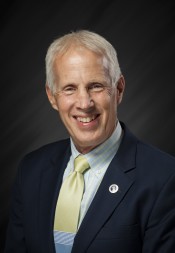 Behning, who chairs the House Education Committee where the bill will be heard Jan. 31, said House Bill 1004 expands the pilot program from five counties up to 10 and is expected to serve an additional 2,300 students. “It’s important to provide more options for children and this bill takes the next step in the pilot program,” said Behning. “We are going to put more money toward preschool. The governor is calling for double the current level.

“Another critical aspect of the bill is it raises the entry income threshold so that more people have options to participate,” said Behning. The income threshold increases from 127 percent of the federal poverty level, or $31,500 for a family of four, to 150 percent of the free and reduced lunch program, or an annual income of $67,432 for a family of four. Behning said these income guidelines sync with the K-12 scholarship program.

Behning said it’s also important that the bill has a trigger for a K-12 voucher. “If you are a recipient of a pre-K voucher, you would gain access to kindergarten using a voucher,” he said.

“I have always been an advocate of school choice beginning in kindergarten,” said Behning. “The K-12 voucher portion of the bill provides a seamless transition for children whose parents may choose a church or religiously-affiliated pre-k option. The state won’t force them back to the public school setting for kindergarten,” he said. “It gives parents a choice.”

Glenn Tebbe, executive director of the Indiana Catholic Conference, said House Bill 1004 improves upon the current preschool program in that increases access to high-quality preschool education for more children. It increases the income eligibility making more families eligible. The bill makes those children voucher-eligible to go into a school of their parent’s choice beginning in kindergarten including nonpublic or religiously affiliated schools.

“Typically a kindergarten student cannot receive a choice scholarship, commonly referred to as a voucher, for a nonpublic school, but must enter a public school first,” said Tebbe. “Under this plan, children who qualify for a pre-K voucher, because their family has a financial need, would be eligible for the choice scholarship for kindergarten. “We support parents’ ability to select a school that best suits their children’s needs. House Bill 1004 does that.”

House Bill 1004 permits a student, who receives an early education grant in the immediately preceding school year and is a member of a household with an annual income of not more than 200 percent of the amount required to qualify for the federal free or reduced price lunch program, to qualify for a choice scholarship. This entitles the student to receive at least a 50 percent scholarship of the state tuition support amount.

The Early Education Matching Grant program, the funding mechanism of the On My Way preschool pilot program, was established by the Indiana General Assembly in 2013.  These grants allow high-quality, early child care and education programs to apply for matching funds to serve 4-year-old children from families whose incomes are below federal poverty guidelines.

According to the state’s Family and Social Services Administration, the group that administers the preschool grants, the program grants are awarded annually through a competitive process to early education programs that meet the certain requirements. Participating programs must also secure matching donations and agree to participate in a study to determine the impact of the program on school readiness. For the 2014-15 school year, 30 early education programs were awarded grants to serve low-income 4-year-olds. FSSA would determine which counties are added to the expansion program.

During his first State of the State address Jan. 17, Gov. Eric Holcomb called for doubling the state funding for prekindergarten from $10 million to $20 million each year. Rep. Behning said the funding piece of the pre-K program would be included in the budget bill. If passed, House Bill 1004 takes effect July 1.