VATICAN CITY (CNS) — With dozens of people reported dead and thousands detained in Kazakhstan, Pope Francis prayed for the victims and for a return of peace in the former Soviet republic.

“I have learned with sorrow that there have been victims during the protests that have broken out in recent days in Kazakhstan,” the pope said Jan. 9 after reciting the Angelus prayer with visitors in St. Peter’s Square. “I pray for them and for their families, and I hope that social harmony will be restored as soon as possible through the search for dialogue, justice and the common good.”

Bishop Adelio Dell’Oro of Karaganda told Fides, the news agency of the Congregation for the Evangelization of Peoples, that because the government declared a state of emergency and banned all public gatherings until Jan. 19, public celebrations of the Mass are not allowed. But he, Auxiliary Bishop Yevgeniy Zinkovskiy and Sister Alma Dzamova, who works with them, had a special Mass Jan. 10 to pray for the victims of the unrest, which began with public protests Jan. 5 over rising fuel costs. 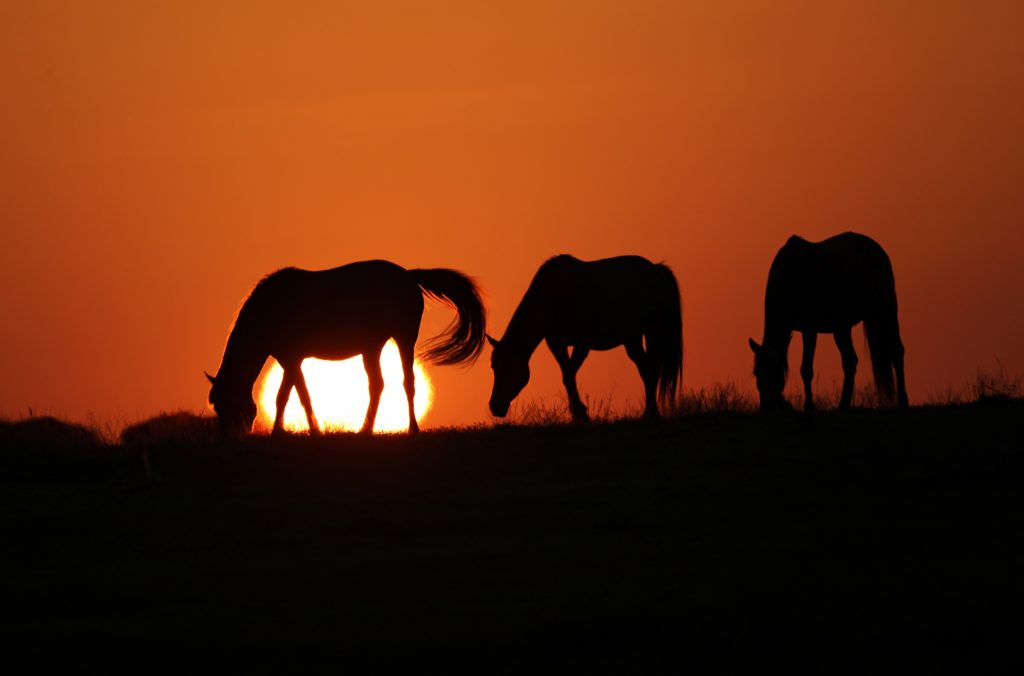 Horses graze on a pasture during sunset in the remote Almaty region of Kazakhstan April 28, 2021. (CNS photo/Pavel Mikheyev, Reuters)

In his main talk at the Angelus, Pope Francis spoke about the baptism of Jesus, noting how the Gospel of Luke describes Jesus as praying and then the heavens open, the Holy Spirit descends upon him and a voice comes from heaven, saying, “You are my beloved son; with you I am well pleased.”

“Jesus prays. But why?” the pope asked people gathered in St. Peter’s Square. “He, the Lord, the Son of God, prays like us? Yes, Jesus — the Gospels repeat this many times — spends a lot of time in prayer: at the beginning of every day, often at night, before making important decisions.”

Jesus’ prayer is “a tremendous lesson for us: we are all immersed in the problems of life and in many complicated situations, called upon to face difficult moments and choices that get us down. But, if we do not want to be crushed, we need to raise everything upwards,” he said. “This is exactly what prayer does.”

Prayer, the pope said, “is not an escape route; prayer is not a magic ritual or a repetition of memorized jingles.”

Instead, “prayer is the way we allow God to act in us, to understand what he wants to communicate to us even in the most difficult situations,” the pope said.

Prayer is a dialogue with God, he said. Sometimes it is pure worship, but other times it involves crying out to God or “venting” one’s frustration.

“Prayer — to use a beautiful image from today’s Gospel — “opens the heavens,” he said. “It gives life oxygen, a breath of fresh air amidst life’s troubles and allows us to see things from a broader perspective. Above all, it enables us to have the same experience Jesus had by the Jordan River: it makes us feel like beloved children of the Father.”