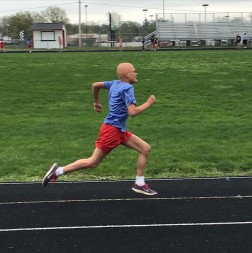 There’s a Norwegian saying that is fitting this time of year: “Shared joy is double joy.” And as the joy of the Lord’s birth is expressed this season, His people are often reminded of their blessings.

Thirteen years ago, Greg and Beth Peters were expecting twins. Due to complications the two babies were born early, on Dec. 23.

Grace Christine and Magnolia Anne Peters entered the world weighing less than two pounds each and were immediately placed in incubation. Grace Christine struggled, then passed away after only a few days, on Christmas morning. Meanwhile Magnolia Anne (Maggie) was given only a 10 percent chance of survival. That’s where Maggie’s story begins: with only a 1 in 10 chance of living.

Maggie responded to the care provided by her parents, doctors and nurses, as well as to the prayers offered for her and her family. She persisted through seven surgeries, eventually progressing to a normal weight and satisfactory health, and was allowed to come home and begin her young life.

Maggie’s vision had been affected, however, by the extended use of oxygen in her recovery. She is legally blind, with no vision at all in one eye and 20/200 vision in the other. This presented a hurdle in her early education, but Maggie persevered. By third grade she had found a reliable way of reading by holding her book just an inch or two from her functioning eye.

Today Maggie is in seventh grade and enjoys reading very much and has even become a multisport athlete, participating in CYO track in the spring and, this year, swimming when track season is finished.

Fellow competitors, family and friends marvel at her appreciation for life. She refuses special attention at competitive events and prefers to be treated as just one of the team.

Maggie swims with Three Rivers Aquatics Club, even though she took up swimming just three months ago. Her freestyle relay team recently participated in the Christmas Card Invitational in Muncie, achieving a third place finish from which she proudly displays her first swimming ribbon. The Queen of Angels student is also a school cheerleader.

During track season she participates in sprints, relays and the long jump. One of her events is hurdles, which her mother thinks is an appropriate metaphor for the life of someone who finds a way to get over the many physical challenges that have come her way.

Currently, Maggie struggles with an autoimmune disease called alopecia, which has caused her to lose her hair. Because of her baldness, others often think she is undergoing chemotherapy. But Maggie refuses to wear a wig or get hair replacement treatments because she is satisfied with who she is. She accepts her hair loss as just another difficulty to be endured and conquered.

There are a few sports she’s unable to participate in, like basketball or baseball, for the safety of her remaining eyesight. Not one to hold herself back, however, she enjoys drawing, art projects, gymnastics, even paddle boarding, kayaking and even surfing, when given the chance. Her attention to detail in her artwork and drawing is nothing short of amazing, given her limited vision. Another of her hobbies is knitting, and she’s earned a family nickname of “Grandma Maggie” because she becomes engrossed in it. Recently she started on a blue and pink blanket.

Maggie has two younger brothers, 11-year-old Mason and 8-year-old Cooper. Beth, an English teacher at Bishop Dwenger High School, keeps the Serenity Prayer on her desk and often prays a Hail Mary as she contemplates the special gift that she and her husband have been given in raising Magnolia Anne. 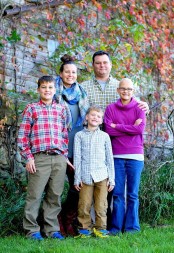 Beth confesses that sometimes she feels unworthy to have been blessed with such a special daughter as Maggie, who has given her a special perspective and insight on life and living. She realizes that good eyesight is not what life is all about. She feels blessed that her life’s journey has included raising Maggie and caring for other members of the family.

Maggie’s future will likely include enrolling at Bishop Dwenger in a couple years. She has already met a number of teachers and has a goal of being on the varsity swim team as a freshman.

Given her mantras of “Don’t be afraid to try new things” and “Never give up,” there will likely not be much that will serve to hold her back. Maggie Peters seems to meet every hurdle head on.