Steve Till has often wondered why God allowed him to remain away from the Catholic Church for so long – 40 years, in fact. He stated that: “I come to realize that if it wasn’t for that part of my life, this part of my life wouldn’t be what it is today.”

An encounter with the Eucharist brought Till to a deep, enduring love for the Blessed Sacrament and back into the arms of the Church. His love of the Eucharist continues to grow, and he greatly desires to wake other Catholics up to this incredible blessing. He also aspires to bring as many people into the Church as possible, to experience this saving grace. In everyday places such as grocery stores, restaurants and hospitals, he finds opportunities to spread the Gospel message to those he meets.

“I know what it’s like to be chasing your tail out here, trying to find something, not knowing what that something is. So many people have just been placed in my life… I can see it, it’s obvious to me, they’re looking for something,” Till emphasized. 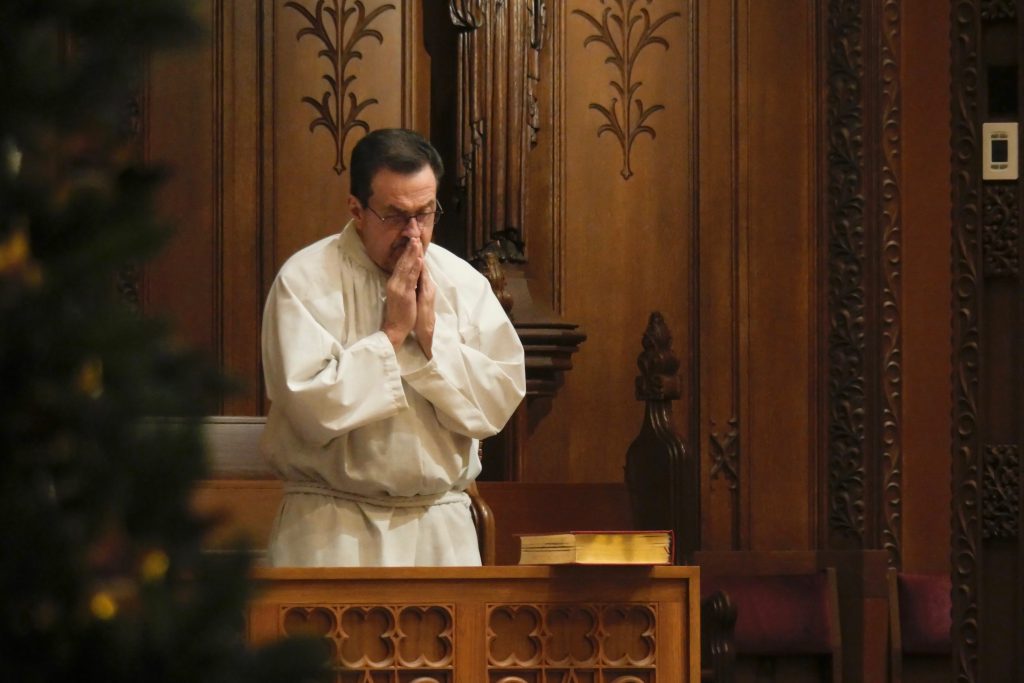 Jennifer Barton
Since returning to the Church years ago, there is little that gives Steve Till greater joy than being close to God and bringing others into communion with the Catholic Church. He does this by aiding at his home parish of Most Precious Blood and the Cathedral of the Immaculate Conception and actively seeking ways to evangelize others.

He spoke about a sermon he heard recently that affected the way he viewed his own life. It was about St. Jerome, who taught that one should always live in a manner that demonstrates the glory of God rather than simply speaking of it. “We – me included — we don’t know how we affect people; how many people we affect,” he commented. “It’s insignificant to us, but that little-bitty thing actually had influence on somebody over here that you had no idea that that was going to be — for good or for bad. … So I guess that’s the impetus, at least in my case, to try and live a little better life.”

Last year, Till shared the story of his return to the faith nearly 15 years ago with Today’s Catholic. Since then, he has been amazed by how many people God has placed in his path to evangelize. For him, evangelization often starts out as simple conversations, such as the ones he had with the receptionist at a retirement home where he brought Communion to a resident on Saturday evenings. After seeing him come to the facility for three weeks in a row, the young woman finally became curious enough to ask him why he was there. Speaking about Jesus in the Eucharist came naturally to him, though to her “it’s like speaking a foreign language.”

Each time he returned, he answered more of her questions, sharing little snippets of the Catholic faith. Eventually, the patient he was visiting moved to another facility, but amazingly, another Catholic came to the same home and requested Communion, so Till gained another opportunity to speak to the receptionist again. Whether or not the young woman becomes Catholic is out of Till’s hands, but he feels confident that he at least planted the seeds that may lead to her conversion. 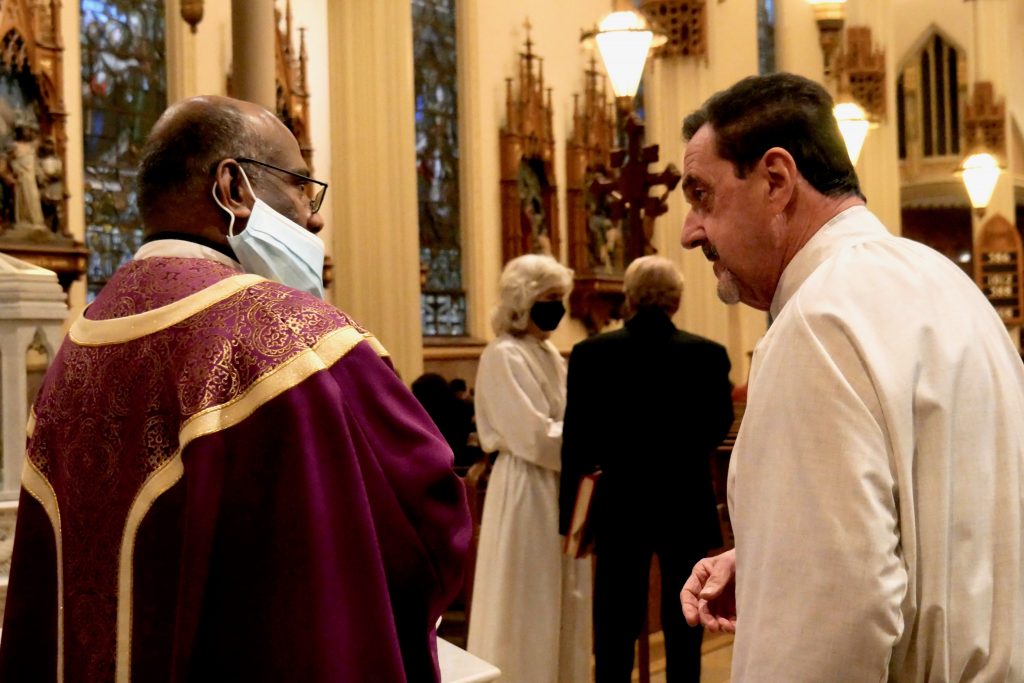 Till speaks with Father Wimal Jayasuriya prior to Sunday evening Mass at the Cathedral on December 12.

The Holy Spirit has certainly been working through Till. Another time, he planned to take Communion to someone in the hospital with a bowel blockage, but she could not eat anything. After praying on her behalf, he received word late on a Saturday night that he could give her Communion the next day for the last time.

“It’s not about people, it’s about God,” Till said, “and our relationship, my relationship with God.”

Till is a parishioner at Most Precious Blood Parish in Fort Wayne, but calls the Cathedral of the Immaculate Conception his “second home.” Few Sunday evenings pass without his presence at Mass, and he often fills the role of altar server there, sometimes serving for the bishop.

Also a substitute adorer at St. Vincent de Paul’s new adoration chapel, Till has been known to take additional prayer hours in which he sits in silence, asking God to use him as He will. He knows those instances will arise and spending time in God’s presence helps him spiritually prepare for them. He tries to maintain a greater awareness of those around him who may need his prayers or words of comfort and eternal salvation.

Recently, he has learned the importance of being deliberate in prayer and words; never to simply say “I’ll pray for you,” but to actually take the time to do so. “Mean it when you say it, and people will realize that. And to me, that’s how we evangelize, is mean that we want to be a help in your life,” he said.

While Till is not a preacher by nature, he takes very seriously Jesus’ command to “go and make disciples,” and part of doing that is by helping others on their own journeys. “I’ve always been pretty good with people, but I try more and more to be an instrument to show God’s love. To show the things God wants us to show other people, to be to each other. Compassion and all the things we should have.

Another way that he helps bring people into the Catholic Church is by handing out Matthew Kelly’s books and CDs to those he finds receptive and in need of spiritual guidance. “There’s always an opportunity to spread the faith, but we have to be aware of our surroundings and aware of the needs of people.”

Read the story of Till’s return to the faith here: https://todayscatholic.org/love-of-the-eucharist-draws-grandfather-to-reconciliation/