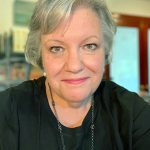 The Dec. 31 death of Pope Benedict XVI has brought much discussion of his prolific pen, with his numerous theological writings, pastoral letters, and encyclicals. Mentions of his many books, including his stirring “Jesus of Nazareth” trilogy — a highly personal project which plumbs the depths of his love for Jesus Christ — have triggered curiosity among Catholics (and non-Catholics) who until now have read little or nothing of Benedict’s work. On social media, the question pops up with some frequency: “There is so much to choose from,” people marvel, “where is the best place to start?”

As someone who found the writings of his predecessor so dense as to be nearly impenetrable, I, too, had avoided reading the offerings of Joseph Ratzinger until I was gifted with a beautifully wrought book featuring a daily excerpt of his collected works. There I discovered theological writing that was wonderfully clear, accessible, reader-friendly, and downright tasty. More than once I would close my book after that day’s selection and think, “Well, that was delicious!”

So, when I recommend reading Benedict, I always suggest beginning with some similar collection that will give a new reader bite-size morsels of thoughtful, often easily-identified-with essays, homilies, papal audiences, and books culled throughout his long service to the church. Through reading such books, I eventually “graduated” to reading Benedict full-on. If that sounds good, then look at “Co-Workers of the Truth” or “Seek That Which is Above,” or “Benedictus: Day by Day with Pope Benedict XVI.”

Even before his papacy, as Cardinal Ratzinger, Benedict sat for long interviews with his eventual biographer Peter Seewald, and the resulting books are surprisingly entertaining reads. They go down so easily that one feels like a guest invited to observe an exchange between one shrewd mind and one that is nimble and unguarded. “God and the World,” published in 2002, is a great place to get to know Benedict in a less formal, yet still edifyingly instructive way.

For readers less interested in becoming acquainted with Benedict through intriguing appetizers and want to make a full meal of his work, take a look at the 2004 edition of “Introduction to Christianity,” first published in 1968. Cardinal Ratzinger brings the reader on a deep dive into the Apostles’ Creed, including its scriptural inspirations both Old Testament and New, coming up for air regularly in order to relate the declaration of faith to the reality of our lived experiences. It is a book that leaves the reader instructed, inspired, and oddly refreshed.

Another good choice is “’In the Beginning…’: A Catholic Understanding of the Story of Creation and the Fall.” As with so many Ratzingerian works, the title tells you that Benedict was not afraid to go large in his thinking. This book is a collection of four homilies and a concluding essay wherein Ratzinger takes us through the creation stories of Genesis. “(All creation) comes from one power, from God’s eternal Reason, which became in the Word the power of creation. … This is the living God, and this same power which created the earth and the stars and which bears the whole universe is the very one whom we meet in the Word of Holy Scripture. In this Word we come into contact with the real primordial force of the world and with the power that is above all powers.”

Isn’t that gorgeous? The immense thought that we can absolutely know and have a relationship (even consent to co-create) with this God of such power and might is served up so simply. Benedict says this as comfortably as the rest of us might observe that it is raining outside.

There is real poetry in Benedict’s writing here, too: “These words with which the Holy Scripture begins always have the effect on me of the solemn tolling of a great old bell, which stirs the heart from afar …” These asides give us little glimpses of a man whose heart is awestruck and humbled by a Creator who permits Himself to be known, and in that glimpse, we recognize ourselves.

“The Spirit of the Liturgy” and “A School of Prayer” are also highly recommended. The first shows us something of Benedict’s high regard for the theologian and Servant of God Romano Guardini (who also authored a book titled “The Spirit of the Liturgy” in 1918), while opening up the liturgy of the Mass and the liturgical movement of the Second Vatican Council — all the whys, wherefores, and theological nuances that we so easily lose sight of. The second is an exposition of Catholic prayer taken from a series of Wednesday audiences from May 2011 through October 2012. Subtitled “The Saints Show Us How to Pray,” these brief lessons take us through the prayers of the Old Testament prophets and the psalms and into the prayers of Jesus and Mary, Peter, John the Baptist, and so much more. Chapter 39 on the Christological hymn is simply stunning.

Pope Benedict’s pen was so very busy that an entire book could be written on his books, but these are good starts. And never forget the “Jesus of Nazareth” trilogy, which shows us so much of the Man-God, and a bit of the man who loved him so well, too.