WASHINGTON (CNS) — When Erin Bullock steps in front of the altar at the Cathedral of St. Matthew the Apostle in Washington, she is there to sing parts of the liturgy and to guide members of the congregation through song.

Her role as cantor at the church is as visible as the priest’s during an October Mass and much of the music she intones with her striking soprano — along with the choir and people in the pews — is the unadorned resonances of Gregorian chant.

The melodic sounds are unique and often called mysterious. 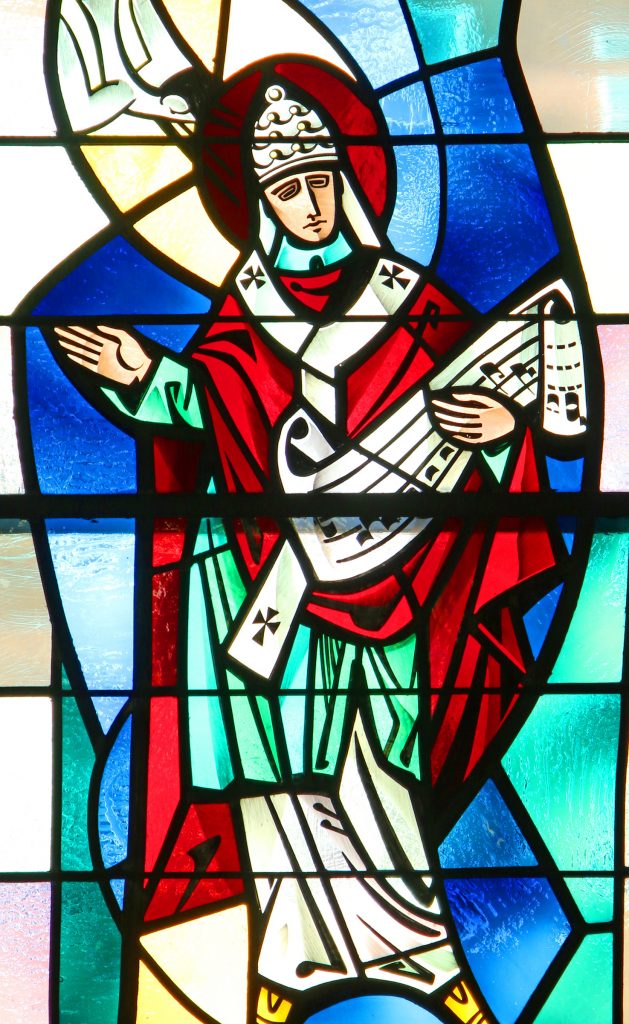 When performed by the choir, the chants are typically sung in unison without rhyme, meter or musical accompaniment, with the tones rising and falling in an unstructured fashion.

The tradition of sung prayer dates back to the first millennium, with Gregorian chant becoming the proper music of the mature Roman rite, said Timothy S. McDonnell, director of the Institute of Sacred Music at The Catholic University of America in Washington.

Gregorian chant was standard in the Mass in the 1950s, but fell out of favor after the Second Vatican Council, when the traditional Latin Mass was changed to the dominant language of each country.

Though it has regained popularity in the past few decades, the chant is not the principal music in most U.S. Catholic parishes, McDonnell told Catholic News Service.

What distinguishes the chant is that the songs are actual prayers and text vital to the liturgy, said Elizabeth Black, assistant music director of St. John the Beloved Catholic Church in McLean, Virginia.

For instance, when the priest sings, “the Lord be with you,” and the congregation responds in song, “and with your spirit,” they are performing Gregorian chant, because those holy texts are an essential part of the Mass, Black told Catholic News Service during a recent interview.

Most Catholics have performed Gregorian chant, whether they know it or not, said David Lang, music director of Theological College, a national seminary at The Catholic University of America.

Though hymns — often layered in rich harmonies — may be liturgical in nature, those songs are meant to decorate the Mass with meditative spirituality and are not a crucial part of the liturgy, Black said.

It’s one of the reasons the chant is traditionally sung a cappella in plain, monophonic tones, McDonnell said, making the text the focal point of the music. However, there are exceptions to that unofficial chant rule, and some choirs add harmonies and occasionally insert musical accompaniment.

Singing has been a part of the liturgy since the early days of the Catholic Church, but Gregorian chant — which began to take shape in the ninth century — is the earliest form of liturgical music that was written and preserved for the historical record, he said.

Gregorian chant is named for St. Gregory the Great, who was pope from 590 to 604.

It’s unlikely that Pope Gregory I had any direct involvement in developing Gregorian chant, but he was a building pope who helped reorder the liturgy in a more practical way, creating an artistic environment necessary to establish some form of plain chant, McDonnell said.

The music we identify today as Gregorian chant really began to develop several generations after St. Gregory the Great’s death, “and in fact, most historians think it’s Pope Gregory II (715-731), who reigned about 100 years later, who was the Pope Gregory who actually had more of a hand in formulating this body of chants that we call Gregorian chant,” he said.

“You might call it poetry in music, it’s very simple in some ways,” said Thomas Stehle, director of music ministries at the Cathedral of St. Matthew the Apostle, “and yet complex at times.”

Throughout the centuries, the chant became a natural part of the liturgy, because of the simplicity of the sung recitation from the priest and response of chanted text by the congregation, with the choir handling the more complex music, said James Senson, music director of St. John the Beloved.

“Gregorian chant can be incredibly advanced, complicated, involved and with a high level of artistic value,” McDonnell said. “At the same time, so much of its beauty resides in its simplicity and the fact that much of it can also be accessible to the congregation and by children.

“Anybody can learn to sing some amount of Gregorian chant,” he said, “and the Church over the years has categorized the chants according to their accessibility. So, there are many chants that are expected to be sung as part of the liturgy by the faithful and those chants really are every bit as much Gregorian chant as the more florid and elaborate ones.”

The music was seen as enhancing the sacred texts with an art form.

“As St. Augustine noted, when we pray in song, it’s almost as if we’re praying twice,” Stehle said. “In some ways, it helps carry the emotion of the chant more effectively.”

Though Gregorian chant eventually became the music of the Church, its use has had periods of intense popularity throughout the centuries and eras when it receded, McDonnell said.

The causes of these waves are variable, he said.

“In many cases, it simply was things like the fall of cities and the fall of Rome,” McDonnell said.

“In the 15th century, when the popes came back from Avignon (a period from 1309 to 1376 during which seven popes resided in Avignon, France, rather than in Rome), the city was in absolute ruins, so the culture of Rome had to be rebuilt,” he said. “Whenever you take time to invest clergy, to invest resources in the cultivation of sacred things, the art grows again. So, we saw Gregorian chant flourish again.”

However, in the 16th century, after culture was put back together, Renaissance polyphony — with its elaborate texturized harmonies — became the dominant music in the Church and eclipsed Gregorian chant for a time, McDonnell said.

The chant underwent another revival in the early 20th century with liturgical reforms in Pope Pius X’s “Tra Le Sollecitudini” (“Among the Concerns”) in 1903.

Then in 1947, Pope Pius XII issued his encyclical “Mediator Dei” (“On the Sacred Liturgy”), encouraging active participation by the laity in the liturgy, further reinforcing Gregorian chant, Black said.

“He has a very specific paragraph on Gregorian chant,” she said, “where out of the blue he actually says Gregorian chant enables people to participate actively and that this is the people’s music and they should be singing it.”

While documents issued during Vatican II in the 1960s supported the use of Gregorian chant, the switch from the Latin Mass to the vernacular prompted most parishes to favor musical forms similar to popular culture, such as praise and worship and folk genres, McDonnell said.

The philosophy was, if you are celebrating Mass in the language of the culture, you should be singing in musical genres popular in local societies, he said.

Then, in the 1990s, an enormously popular album recorded by the Benedictine monks of Santo Domingo de Silos, Spain, titled “Chant” was released, once again renewing interest in the practice, he said.

Though Gregorian chant isn’t the principal force in parish life that it once was, McDonnell said that if history repeats itself, it’s in the recovery stage and could once again become a Church music staple.