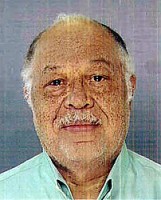 WASHINGTON (CNS) — When a team of health officials and investigators looking into illegal drug use raided Dr. Kermit Barron Gosnell’s Women’s Medical Society Feb. 18, 2010, they happened upon what many are calling a “house of horrors.”

“There was blood on the floor. A stench of urine filled the air. A flea-infested cat was wandering through the facility, and there were cat feces on the stairs,” said a grand jury report about the conditions found in the clinic Gosnell ran in West Philadelphia.

The two surgical rooms resembled a “bad gas station restroom,” according to Agent Stephen Dougherty of the federal Drug Enforcement Agency. The team went on to recover the remains of 45 fetuses “in bags, milk jugs, orange juice cartons, and even in cat-food containers,” the report explained.

Three days later, the Pennsylvania Department of Health suspended Gosnell’s license. He was arrested in January 2011 and charged with seven counts of infanticide and one count of murder in the case of a Nepalese woman who died during an abortion.

Gosnell’s trial on those charges began March 18 of this year. By the fifth week, beginning April 15, prosecutors were continuing to call witnesses, including several patients and several former employees, who testified about the squalid conditions they saw at the clinic. Prosecutors are seeking the death penalty against Gosnell.

Several pro-life leaders in interviews with Catholic News Service or in statements emailed to CNS discussed the Gosnell case and the attention it brings to what they said are deplorable conditions all too common at abortion clinics.

It was a “meat-market-style of assembly lines of abortions,” Mallory Quigley, a spokeswoman for the Susan B. Anthony List, said April 15, referencing the words of two nurses who recently left a Delaware clinic for similar reasons. “The Gosnell case is a lot more common than people realize,” Quigley said.

Jeanne Monahan, president of the March for Life Education & Defense Fund, said that “Americans as a whole think that abortion clinics are sanitary decent clinics,” but the “majority of abortion clinics in our country are held to very minimal standards: legally the same standards as beauty parlors and vet clinics.”

According to Pennsylvania Department of Health spokeswoman Kait Gillis, because of “tougher regulation and new leadership, today, abortion facilities are being held accountable to higher standards to better protect the health and safety of women.”

“We have a far deeper understanding of these facilities now than we did then (when Gosnell’s abuses were uncovered) and conduct regular annual and unannounced inspections, not only because the law tells us to, but because we are committed to doing what is right,” she said.

While Pennsylvania’s Abortion Control Act prohibits some forms of abortion, not all clinics performing ambulatory surgical procedures at the time of Gosnell’s arrest in 2011 were subject to the same standards of care for women.

The state’s Abortion Facilities Control Act that came into effect late that year now holds abortion clinics to the same standards of health and safety as other outpatient clinics, such as eye care or urgent care facilities.

“Prior to the passage of this legislation, it was clear that the law favored the abortion industry — not women’s health, as is so often claimed,” the Pennsylvania Catholic Conference said in a statement on the law.

State law requires that abortions be done under 24 weeks of pregnancy because of the risks to the mother, but the grand jury report showed Gosnell routinely flouted that law. “The bigger the baby, the more he charged,” it said.

He is accused of sticking a pair of medical scissors into the back of the necks of prematurely born babies and cutting the spinal cord, a procedure he called “snipping.” Court records show he destroyed most of the documentation on his use of “snipping,” but pictures taken by employees and other evidence are being used by prosecutors.

“Over the years, many people came to know that something was going on here. But no one put a stop to it,” the report explained. The clinic went unchecked by the Department of Health for 16 years until its horrors were accidentally uncovered by the drug raid.

Several employees face similar charges. The grand jury report said Gosnell hired untrained, uncertified nurses, and taught them to view ultrasound pictures at an angle so that unborn babies to be aborted looked smaller than they actually were. It also said Gosnell and his wife performed late-term abortions on Sundays when no other staff was present.

In an April 16 statement Dayle Steinberg, president and CEO of Planned Parenthood Southeastern Pennsylvania, said that Gosnell “is a criminal who preyed upon vulnerable women, and committed illegal acts.”

“Planned Parenthood insists on the highest standards of patient care and has rigorous safety guidelines in place,” Steinberg added.

Lila Rose, president of Live Action, told CNS in an emailed statement that “as long as these clinics enjoy such privileges — privileges no health department would ever grant to any hospital — we will never know how many Kermit Gosnells are out there. And every time we find the next one, it will be too late.”

Rose, a 24-year-old Catholic convert, officially became involved with the abortion cause at 15 when she founded Live Action, a pro-life nonprofit specializing in investigative journalism. Since then she has received national recognition for her hidden-camera exposes of the Planned Parenthood abortion industry, which she calls “reckless (and) unregulated.”

Kristan Hawkins, executive director Students for Life of America, said that “just because abortion is legal doesn’t make it safe.”

Said Quigley, “Abortion doesn’t help women.” She explained that the pro-life movement operates more than 3,000 pregnancy resource centers for mothers and families in need, offering them assistance so they do not feel abortion is their only alternative.

“Those are the places we need to be building up,” she said, noting that more than 90 percent of the funding for such centers is private.

While Monahan acknowledged the Gosnell case is a somewhat extreme case, she said that it highlights the violence of the abortion procedure, which she describes as being “deeply invasive” to the woman. She said it also shines a light on what she termed is the sad reality of the abortion business.

“There is no constitutional right to maim and kill women and girls nationwide,” said Kristi Hamrick, spokeswoman for Americans United for Life. “One woman’s death is too many. … The mere existence of protective laws is not enough. State officials must also consistently enforce these laws.”

Contributing to this story was Matt Gambino, director and general manager of CatholicPhilly.com and PhaithMagazine.com, the news and magazine websites of the Philadelphia Archdiocese.