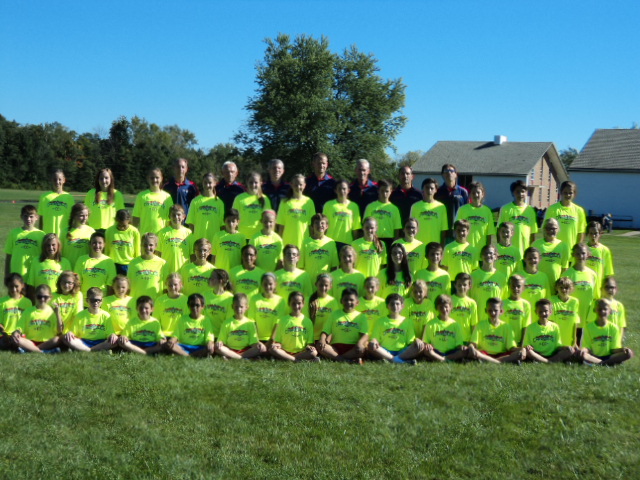 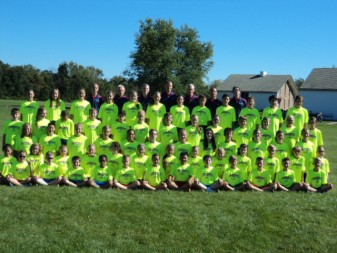 The 2015 Cardegles are shown in this photo.

In the last half of the 2015 season, the girls placed third in the large school division and the boys 10th at the New Haven Classic. At the Carroll Middle School Invitational, the girls again had a third-place finish, while the boys were eighth.

And in the final meet of the season, the Cardegle Invitational, the girls were the champs and the boys finished a close second to Blackhawk Christian. Aileen Delaney and Natalee Vogan finished first and second respectively, while Jason Kochanski was sixth and Atticus Wiseman eighth overall for the boys.

The girls finished the season with the best girls’ record in Cardegle history at an impressive 96-15. Five girls — Delaney, Vogan, Kristina Baum, Katie Nix and Anna Morris — made the coveted all-time top 20 list for the Cardegles. The junior varsity girls finished at 22-5.

The boys’ varsity final record was 52-62 and junior varsity 10-15. Coach Kaufman added, “We had many outstanding times from the underclassmen and are looking forward to next season.” Both teams were recently honored at the annual banquet and award ceremony.