Though he spent 12 years in Catholic schools and is an active parishioner at St. Mary of the Assumption Parish in Avilla, Barton stated that he never truly “owned” his faith until about 12 years ago when he became a diligent student of all things Catholic. He spent hours in his patrol car listening to Redeemer Radio programs such as “Catholic Answers Live” and “Called to Communion with Dr. David Anders.” 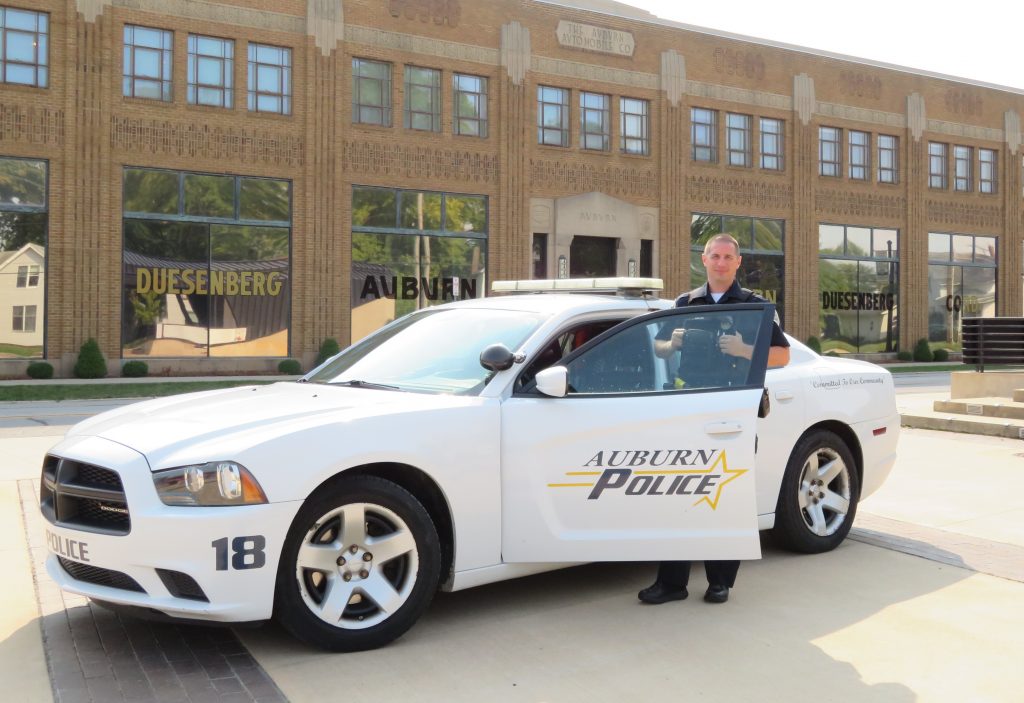 Provided by Darlene Barton
Regular opportunities to make a positive difference is the part of being a police officer Adam Barton appreciates the most. He has shared his Catholic faith with many people who were struggling with difficult situations or decisions at a given moment.

Set afire for the faith, he began using the opportunities provided by his job to take this knowledge and love of Catholicism into his community.

“No matter what I’m doing in work or my personal life, sometimes that door swings open. You might only have a brief second or two seconds to step through that door and say something, because as soon as you walk past that door, it’s not going to open again.”

He described how he once had the opportunity to speak with a female suspect in custody who wanted money to abort her unborn child. Barton was prepared.

When he had finished questioning the woman about her case, he spoke candidly to her about the sanctity of human life from a scientific perspective. Finally, he asked her if she wished she would have aborted her now-10-year-old son; and if, in another 10 years, she would regret keeping the child she was carrying. He believed she would not.

Barton committed himself to reading at least one Catholic book a month and has exceeded that, with Catholic writer Brant Petrie being one of his favorites. Jesse Romero, whom Barton heard speak at a Rekindle the Fire conference, also stands out, as the two men have similar law enforcement backgrounds. Romero’s experiences with the demonic have opened Barton to the possibility that he may have encountered demonic possession in his own work. 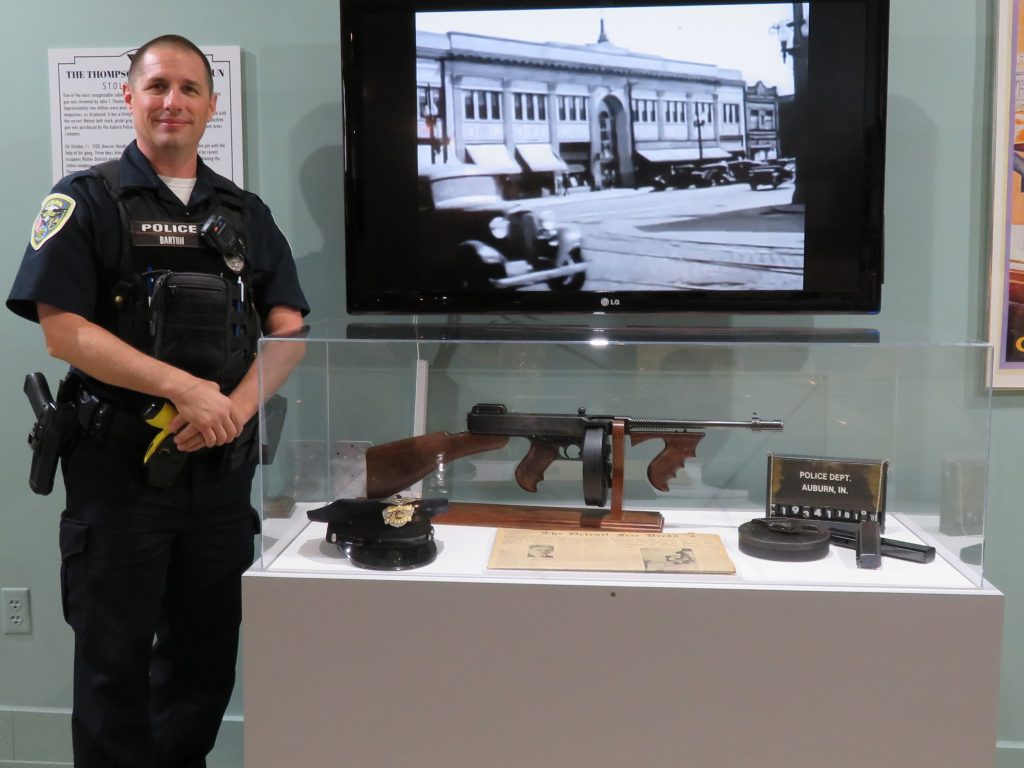 Barton chose law enforcement while a student at Bishop Dwenger High School in Fort Wayne and has dedicated nearly half his life to it – 20 years and counting. He attended Indiana University-Purdue University Fort Wayne for a degree in criminal justice and graduated with honors from the Indiana Law Academy. But his deepened faith has changed the way he views his job.

“Before, it was always about solving the crime, making arrests, writing tickets, working your accidents; just doing your job,” he stated. “But now I actually look for opportunities to say something, and I view people more as ‘this person may be a meth user, it doesn’t necessarily make them a bad person.’ They’re a person with an addiction. That’s a thought that has changed.”

Being a police officer is not an easy task in any age, but it’s especially difficult at a time when opposition to police is increasing.

Barton is not immune to the difficulties of wearing the badge. He told another story of a recent interaction with a young woman who was a nominal Christian and — he found out later — biased against the police. They conversed for half an hour about Christianity, particularly the Catholic celebration of the Eucharist. When she began to understand his explanation about Jesus as the Paschal Lamb, she grew excited and expressed a longing for a deeper understanding of Christianity than what she had been given at her church. At the end of the evening, her opinion of him had improved.

Sharing the faith in a secular world can be a daunting task. Auburn is a small city, and Barton has worked on cases involving people he knows.

“I don’t try to press my Catholic faith on somebody, and if there’s an opportunity to say something, maybe I can say it without bringing religion into it. But if someone asks me about the Catholic faith, then I’m going to tell them.”

Merging his faith with his job has sometimes earned him criticism, but he considers speaking God’s truth to be of greater significance than the earthly consequences. “If I feel the need to say something, I’m going to say something.”

God seems to have placed certain opportunities in Barton’s path. Once, a woman asked if she could pray over him. When she finished praying, he made the sign of the cross. She immediately asked him why Catholics did that. Amazingly, not five minutes earlier he had listened to a podcast on Formed.org that explained the prayer and its roots in the Old Testament, so he was able to describe it to her. He has also spoken to others about the Catholic Church’s stance on traditional marriage.

Additionally, Barton merges work and faith through prayer. He often says a rosary while driving to work or uses the time for sacred silence. During funeral escorts, he prays a decade of the Divine Mercy chaplet for the soul of the deceased person.

Everything he learns about Catholicism impacts his work.

“I was reading a lot about being merciful to others and not being judgmental, and I started struggling with a simple traffic ticket – speeding. How am I being merciful if I’m writing a $150-$200 ticket?” he questioned. His solution was to issue at least one warning during that time period. “I enjoy doing my job, but I found that I’m becoming more lenient.”

Being a police officer is more than a job to Barton. He thinks about retiring from his calling, but in another career he would encounter fewer people. “I don’t know that I would have the opportunity as often to say something. In my line of work, every day I meet new people; people come in and out of your life, and you never see them again.”

So until he feels that it’s time to retire, Barton will continue to serve his community, letting his Catholic faith guide his words and actions as an officer.