Forgiveness is the secret to peace and a pathway to freedom. It is also one of the most difficult and radical teachings of Christianity.

Everyone has experienced pain, woundedness, and suffering. The great temptation when this happens is to become viciously angry and definitively hold on to a grudge. This happens because, in some way, the assumption is “we don’t deserve this!” That may be true. However, anyone who has ever committed a single mortal sin in their life – willingly and deliberately turning away from God in a serious manner – should remember that the “deserved” response to this is eternal separation from God. 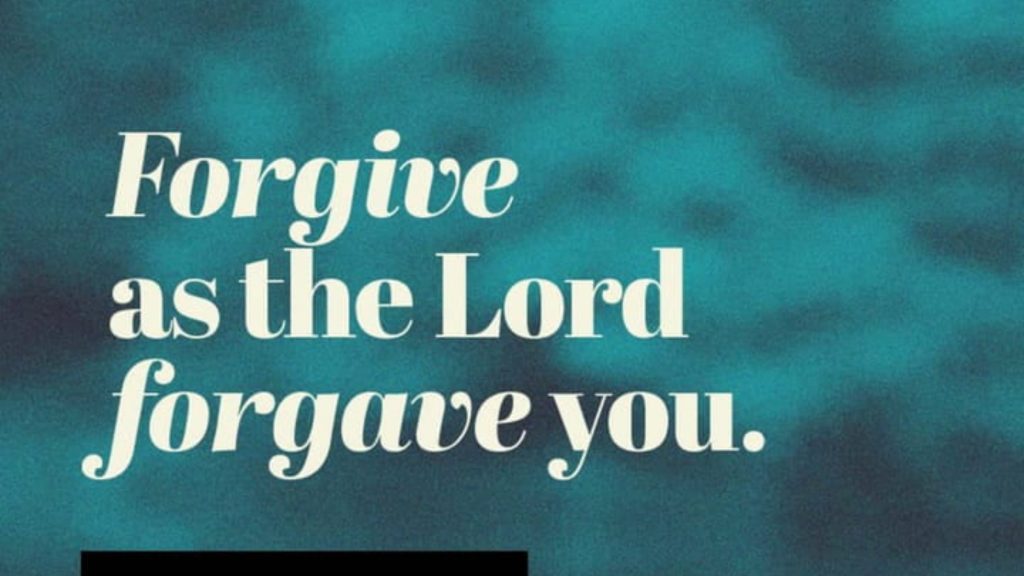 Thankfully, those who have experienced the grace and mercy of the Sacrament of Reconciliation can recall the healing it brings to hear the words “I absolve you” or “ego te absolvo” which signify that union with God has been restored and the soul has been washed clean. This restoration is made possible by Jesus Christ, who physically entered into the reality of sin and provided humanity a way back to the Father through His suffering, death, resurrection, and ascension.

The forgiveness offered by Our Lord comes with one condition. When the disciples asked to be taught how to pray, Jesus, the master teacher in the school of prayer, included the qualifier: “forgive us our trespasses, as we forgive those who trespass against us.” Difficult as it may seem, the requirement for one to be truly absolved is to forgive others from the heart. Even if they are not sorry. Even if they hurt you again. Jesus said to forgive “seventy times seven times” or in other words, as often as someone asks. This might sound crazy or impossible, but it is no different from how Jesus lived.

While nailed to the Cross, Jesus exclaimed, “Father, forgive them, for they know not what they do.” He forgave even when it was not immediately received or even desired. But He knew this forgiveness was needed – both then and now. The Catechism of the Catholic Church reminds that “Christ, who died for all men, desires that in His Church the gates of forgiveness should always be open to anyone who turns away from sin.” This is why there are countless stories of conversion from individuals who view “The Passion of the Christ” film with a prayerful heart. To see the depth of love showed by Our Lord and to ponder how one’s own personal sins contributed to His suffering, can – and should – have a real effect on one’s spiritual life. The Catechism further states that, “each and every one should be generous and tireless in forgiving one another for offenses, quarrels, injustices, and neglect. Mutual affection suggests this. The charity of Christ demands it.” In other words, “We love, because He first loved us” (1 John 4:19).

As a real-life example of this, in the summer of 1994, the country of Rwanda experienced a devastating genocide. Nearly one million people were murdered by their own countrymen in about 90 days. Much of this rage was fueled by government leaders who usurped political power and conspired to immerse young men in racist propaganda, pornography, drugs, alcohol, and weapons. This combination led to a horrific three months, after which resistance forces were finally able to break through and restore peaceful leadership. However, given the scope of destruction that occurred, the country needed tremendous healing.

Father Ubald Rugirangoga, who lost more than 80 family members and 45,000 parishioners in the genocide, was understandably filled with anger at what had taken place. After coming to learn the identity of the man who killed his parents, the depth of his pain could have led him to retaliate. However, he turned to prayer, and was convicted by Christ’s words of forgiveness on the Cross. Father Rugirangoga understood that any hope of leading his parishioners toward reconciliation required him first to find the ability to forgive. This is something that could only come through the power of God. But having the courage and faith to take this difficult step changed everything for him and his community.

Father Rugirangoga invited parishioners to consider forgiving those who had been responsible for the murders and destruction, even if those people never publicly came forward or repented. This meant to literally love and forgive like Jesus. While this seemed like a near-impossible task, the witness of his own apology – inspired by the example of Christ – moved some victims to publicly express forgiveness. Almost miraculously, this led those who were guilty to openly confess their crimes, since they saw that vengeful retaliation would not be sought against them. Instead, punishments and penances were assigned by local authorities, which included providing extensive service to the surviving family of the person(s) they had injured or killed as well as being restricted from receiving Holy Communion for a determined time (much of the country was Catholic). Through time, the divisions, prejudices, and consciences started to heal, communities began to be restored, and new friendships – even new marriages – were forged from these expressions of forgiveness.

This did not mean violence became condoned or that wounds were somehow instantly healed or forgotten. When trust is broken, it can take a long time to be recovered, if it ever happens. Forgiving someone does not necessarily mean trusting the person again either. But it must be remembered that forgiveness is not a feeling as much as it is a decision – a decision to love and to actively seek the good of the other (and also oneself). It means being able to forgive even when it hurts, and also to forgive yourself! Sometimes that is harder than anything else.

Father Rugirangoga visited the United States on many occasions until his death in January of 2021. He spoke with countless souls about the power of praying in the Name of Jesus, the necessity of the sacraments, and the peace that comes through living out the words of the Our Father. He understood and saw firsthand how forgiveness is essential to the Christian life. He also repeatedly reminded to never despair or lose faith in the Divine Mercy of God, but to always trust in His goodness and His ability to bring healing.

For more about his dramatic story, explore his book, “Forgiveness Makes You Free,” published in 2019 by Ave Maria Press.