HUNTINGTON — The culmination of a year that honored a century of presence and service, Our Lady of Victory Missionary Sisters held its Centennial Celebration on Saturday, Aug. 6, at Archbishop Noll Memorial Chapel at Victory Noll. The Sisters welcomed family, friends, co-workers, Victory Noll Associates, volunteers, former members, and other supporters for the special Mass commemorating the creation of the community in 1922 by Father John Joseph Sigstein.

As a young priest in Chicago, Father Sigstein made a trip to the American Southwest, where he saw the poor, immigrant population being underserved by the Church. He vowed to do what he could to not only provide Catholic education, but to give voice to those who had been marginalized by society. Father Sigstein founded the Society of Missionary Catechists of Our Blessed Lady of Victory in Chicago in 1922, sending his original two catechists, Marie Benes and Julia Doyle, on their initial mission to Watrous, New Mexico. They arrived in Santa Fe on Aug. 5, 1922, the date now used as the start of the community. 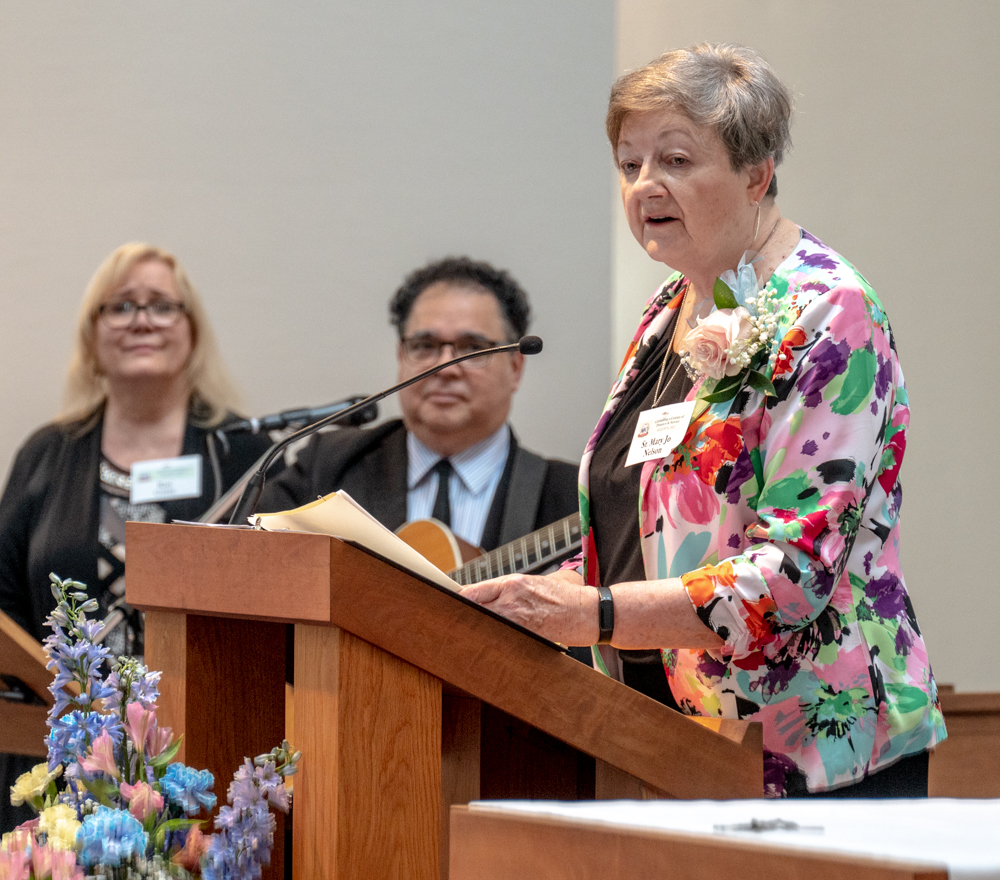 The congregation came to Huntington in 1925 with the help of Bishop John Francis Noll, who had founded the weekly “Our Sunday Visitor” in the city. Bishop Noll provided land and built the Victory Noll motherhouse, with financial assistance from retired Chicago policeman Peter O’Donnell and his wife, Julia. The Society later changed its name to Our Lady of Victory Missionary Sisters, and Victory Noll has been their home for nearly a century. From Victory Noll, Sisters have been missioned in 36 states where they have held to their mission to proclaim the word of God, foster justice, stand in solidarity with those living in poverty and oppression, and to promote the development of leaders. 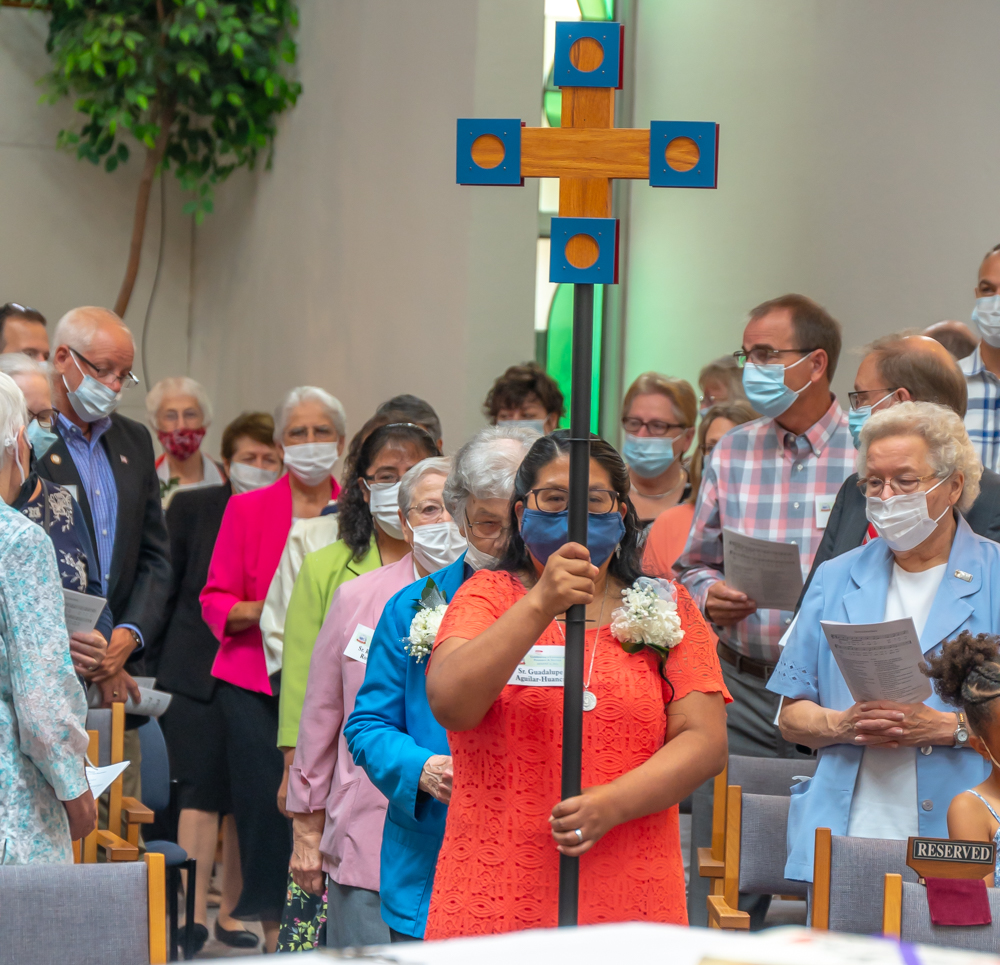 The presider for the Mass was Bishop Emeritus Gerald Barnes of San Bernardino, California, who received his early Catholic education from Victory Noll Sisters as a youth in Los Angeles. In his homily, Bishop Barnes reflected on his close relationship with OLVM Sisters throughout his life and religious career, and the far-reaching impact of the Sisters in the areas where they have been missioned. Additional priests taking part were Fathers Phil DeVolder, Tim Gray, Kurt Klismet, and Monsignor Michael Foltz. Special music was provided by Jaime Cortez, Kari Magwire-Cortez, and Rick Elliot.

In addition to the Mass, the Sisters hosted their guests at a dinner at Saint Anne Communities at Victory Noll. A new film documenting the history and future of the OLVM was available for viewing, and tours were given of the former OLV building, which the Sisters recently sold to Huntington County and is now known as the O’Donnell Center serving as home to Huntington County Community Corrections. 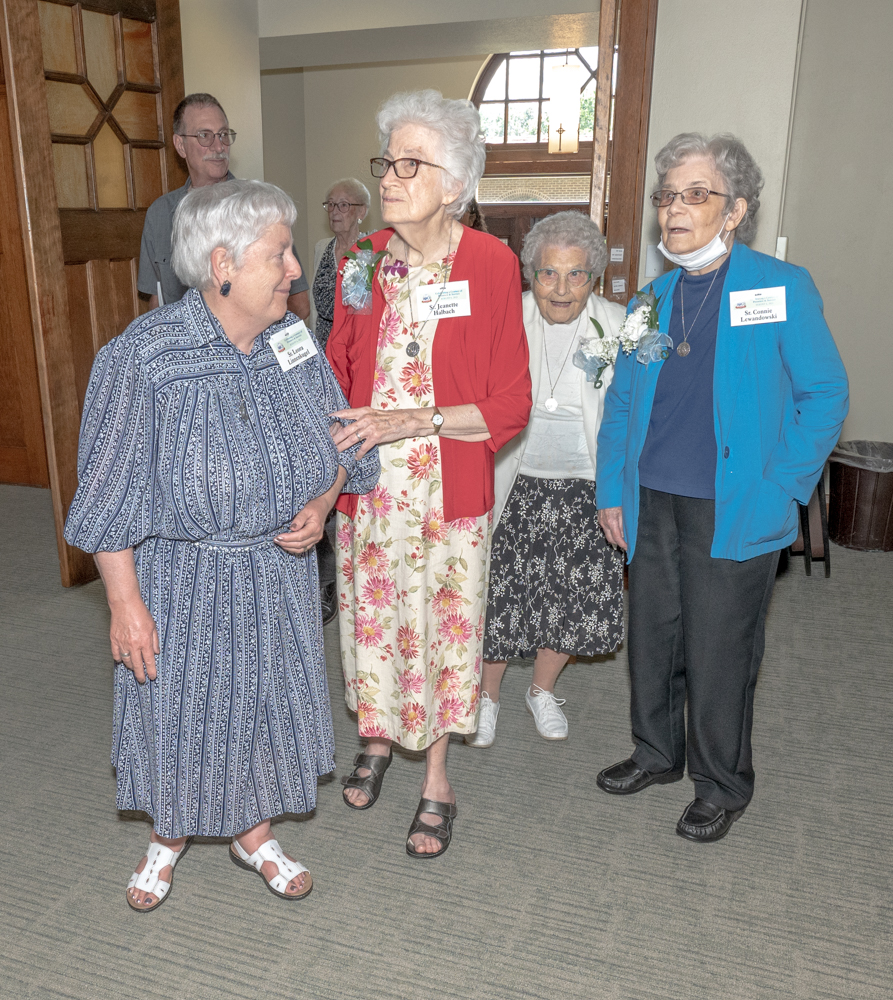 Faced with an aging population and diminishing numbers, OLVM is in a time of transition. Along with the sale of buildings to the county, the health care facility is now owned and managed by the Diocese of Fort Wayne-South Bend as Saint Anne Communities, and the remaining open land has been sold to Acres Land Trust. Governance of the community is also undergoing change, with no Sisters in position to fill leadership roles. Later in August, leadership will transfer to a commissary, a Sister from another community who will take over the role of congregational leader.