A celebration Mass to honor the sisters took place May 24, and another will take place July 28, in the Archbishop Noll Memorial Chapel on the Victory Noll campus in Huntington. 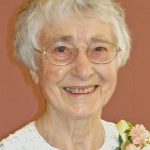 A native of Prairie du Chien, Wisconsin, Sister Mary Joan Ginsterblum celebrates 80 years as a Victory Noll Sister. She joined OLVM on Jan. 25, 1939. Her ministry work has taken her to California, Colorado, Utah, Oregon, Arizona, Florida and Indiana. She has served as a catechist, a physical therapist and worked in hair care. She also worked as the caretaker of the natural areas on the Victory Noll campus and she carved the wooden peace pole that now stands in the Miami Memorial Peace Garden. In addition, she has carved several smaller items such as birds that she has given away to friends, family and visitors. Many items are still found throughout the campus. 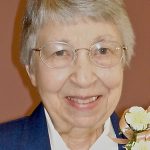 Sister Joan Arnold is celebrating 70 years with OLVM, having joined on Oct. 27, 1948. The native of Lebanon, Pennsylvania, has been missioned in Texas, Indiana, Michigan, California, Ohio, Wisconsin, Utah, New Mexico, Illinois and West Virginia. She has been a catechist and served on the Leadership Team. She spent nine years as the general treasurer. She served on the Resource Sharing Board and has spent many years as the peace and justice coordinator for OLVM. 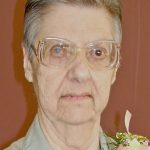 Sister Monica Haines, a native of Goshen, joined OLVM on Oct. 27, 1948, and celebrates her 70th jubilee. She has served in California, Michigan, Indiana, New Mexico, Texas and Illinois. She has worked as a catechist, a director of religious education, pastoral minister, adult educator and personal needs assistant. 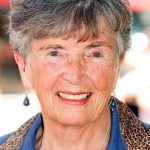 Sister Mary Alice Murphy, from Moncton, New Brunswick, Canada, celebrates 70 years since she joined on Oct. 27, 1948. Her ministry work has taken her to California, Indiana, Ohio, Michigan, Texas and Colorado. She has served as a catechist and a vocation director, and served on the Leadership Team. She has spent nearly 50 years in Colorado as a social worker, including with Catholic Community Services and as director of Care Housing. In 2009, the Sister Mary Alice Murphy Center for Hope opened in Fort Collins to serve the homeless and near-homeless.

“The saying I like to use is ‘God is faithful,’” said Sister Mary Alice. “I have loved being a missionary and it has brought so many different people into my life and stretched me to grow. Only God could accomplish what has been done, and like St. Mother Theresa, I have only been a pencil in God’s hand.” 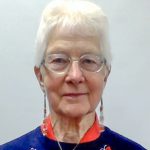 Sister Paula Wellnitz is celebrating her 70th jubilee, joining OLVM on Oct. 27, 1948. A native of Elgin, Illinois, Sister Paula has been missioned in California, Colorado, Tennessee, Washington, South Dakota and Utah. She has been a catechist and a mental health counselor. She worked in family enrichment, social work, pastoral work and with Catholic Charities.

“It was God’s choice, not mine, to become a sister. Although, as I lived it and could participate in the life and work of the OLVM Sisters, it was the sort of group I think fits me,” said Sister Paula. 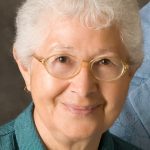 Sister Clarita Trujillo, a native of El Rito, New Mexico, celebrates her 60th jubilee. She joined OLVM on Sept. 6, 1958. Her mission history has included work in California, Texas, Colorado, Indiana, New Mexico and in Bolivia. She has served as a catechist and worked in campus ministry and pastoral ministry. She has been involved in social work with the Mexican-American Social Justice Movement, and annually traveled with a delegation to Nicaragua to assist with an eye clinic bringing services to the poor population in that country.

“My life as a Victory Noll Sister has been an adventure in the company of so many people who have enriched, fulfilled and perhaps even directed me as I lived and worked among God’s people,” said Sister Clarita. “I tried to be accepting of all who crossed my path. I learned much as I interacted with the young adults, the old and with children. I thank my sisters, my family and friends for the support and love that I always receive. I trust in God’s generosity and boundless blessings.” 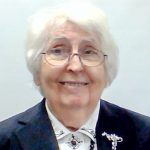 Sister Teri Nederhiser, from Cedar Rapids, Iowa, joined OLVM Sept. 5, 1958, and is celebrating 60 years as a Victory Noll Sister. She was missioned in Indiana, Arizona, California, Texas and Iowa. She has worked as a catechist, medical technologist, caregiver, director of religious education and worked with clothing and food banks. She also served on the Leadership Team. 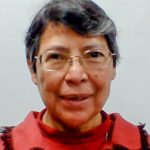 Sister Teresa Aparicio-Cervantes, a native of Zacapu, Michoacan, Mexico, is celebrating her 50th jubilee. She has been missioned in Mexico, Texas and New Mexico. She has worked as a pastoral assistant and in community development as director of Casa de las Comunidades in Albuquerque.

“My immigrant roots have helped me to understand my Christian vocation, and to pass on God’s mission to all,” said Sister Teresa. “This vocational call inspires me to be the ecclesial voice and to walk with solidarity among the suffering of all the immigrants in the world.”

Our Lady of Victory Missionary Sisters is a religious community of women dedicated to those living in poverty or oppression in the name of Christ. Founded in 1922 by Father John Joseph Sigstein, the members of Victory Noll community minister to those in need.