VATICAN CITY (CNS) — Following days of violence and backlash after U.S. President Donald Trump’s decision to recognize Jerusalem as the capital of Israel, the Vatican appealed for “wisdom and prudence” to prevail.

The Holy See “reiterates its own conviction that only a negotiated solution between Israelis and Palestinians can bring a stable and lasting peace and guarantee the peaceful coexistence of two states within internationally recognized borders,” the Vatican said in a Dec. 10 statement. 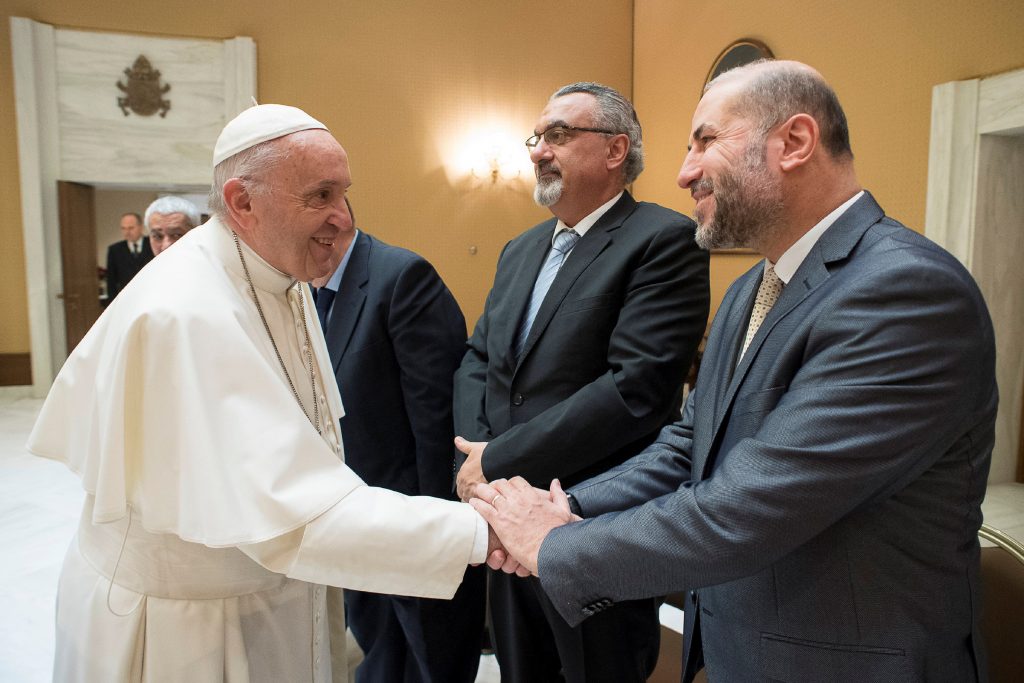 President Trump announced his decision Dec. 6 to move the U.S. embassy to Jerusalem from Tel Aviv, fulfilling a promise he made during his presidential campaign.

The announcement sparked anti-U.S. protests throughout Asia and the Middle East, including a four-day protest in the Palestinian territories, Reuters reported. An Israeli security guard in Jerusalem, the report said, was in critical condition after he was stabbed by a Palestinian man at the city’s bus station.

Pope Francis expressed his “sorrow for the clashes in recent days” and called for world leaders to renew their commitment for peace in the Holy Land, the Vatican said.

The pope “raises fervent prayers so that the leaders of nations, in this time of special gravity, commit themselves to avert a new spiral of violence, responding with words and deeds to the desires of peace, justice and security for the populations of that battered land,” the Vatican said.

Former presidents Bill Clinton and George W. Bush had made similar promises to recognize Jerusalem as Israel’s capital during their presidential campaigns. However, once in office, they did not carry through with the move, citing its potential negative impact on Israeli-Palestinian peace talks.

Just hours before Trump had announced his decision, Pope Francis urged respect for “the status quo of the city in accordance with the relevant resolutions of the United Nations.”

In his appeal, Pope Francis said, “Jerusalem is a unique city, sacred to Jews, Christians and Muslims who venerate the holy places of their respective religions, and has a special vocation to peace.”

The Vatican consistently has called for a special status for Jerusalem, particularly its Old City, in order to protect and guarantee access to the holy sites of Judaism, Christianity and Islam.

“The Holy See is attentive to these concerns and, recalling the heartfelt words of Pope Francis, reiterates its well-known position concerning the singular character of the Holy City and the essential need for respecting the status quo, in conformity with the deliberations of the international community and the repeated requests of the hierarchies of the churches and Christian communities of the Holy Land,” said the Vatican’s Dec. 10 statement.