VATICAN CITY (CNS) – At a time when tensions are growing, fueled by “blatant misuse of social media” and by political manipulation, Catholics and Hindus are called to teach personal responsibility for civilized behavior and to promote “respect, love, and trust” among people, a Vatican official said.

Promoting “conviviality” requires each person to make a commitment to caring for one another and for creation, leaders of the Dicastery for Interreligious Dialogue wrote to Hindus around the world preparing to celebrate Diwali, a festival focusing on the victory of truth over lies, light over darkness, life over death, and good over evil.

The Vatican released its 2022 message to Hindus on Oct. 17 ahead of the festival that begins on Oct. 24 in most countries. The message was signed by Cardinal Miguel Ayuso Guixot, Dicastery President, and Msgr. Indunil Janakaratne Kodithuwakku, Dicastery Secretary. 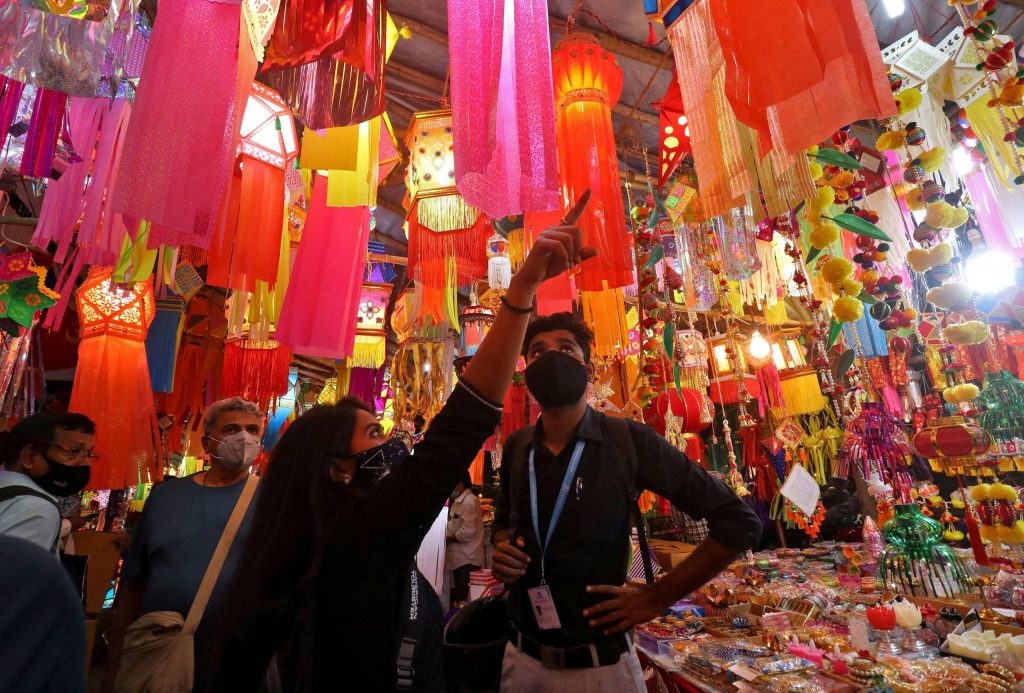 People shop for lanterns at a market in Mumbai, India, Oct. 28, 2021, ahead of Diwali, the Hindu festival of lights, which this year begins Oct. 24 in most countries. (CNS photo/Niharika Kulkarni, Reuters)

Conviviality, the theme of the message, “calls for a readiness to walk and work together with charity, fraternity, and sense of co-responsibility for the common good,” the Vatican officials said.

Making the world a better place for everyone also requires recognizing “the transcendental dignity of every human person and his or her legitimate rights,” promoting sustainable development, and making a commitment to living in harmony with other people and with nature, they said.

The message noted “growing instances of tensions, conflicts, and violence in different parts of the world on the basis of religious, cultural, ethnic, racial, and linguistic identities and supremacies” and said they often are “fueled by competitive, populist, and expansionist politics,” by majority and minority movements, and “blatant misuse of social media.”

But, the Vatican officials said, “we, as believers, are not to give into pessimism but rather stay united and act as examples for others to emulate.”

“May we, Christians and Hindus, joining hands with those of all other religious traditions and people of goodwill, promote, individually and collectively, the spirit of conviviality and co-responsibility to transform this world into a secure home for everyone to live in with peace and joy,” they said.