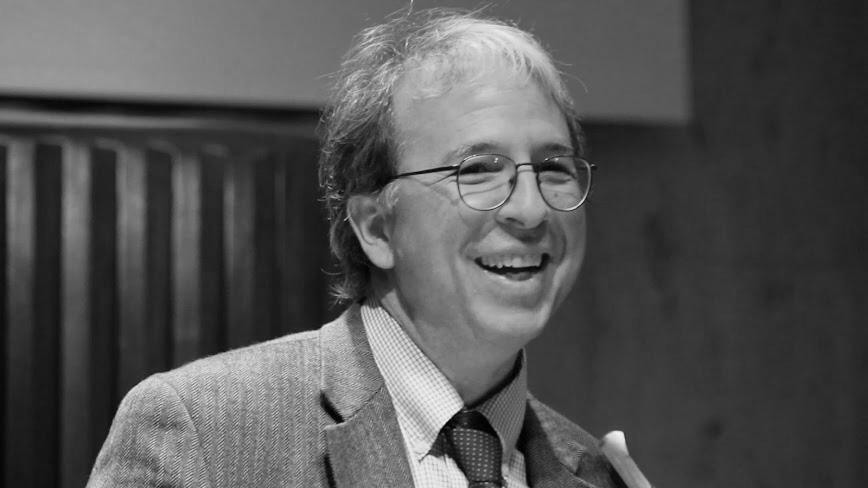 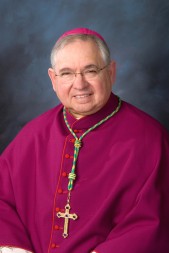 FORT WAYNE — Archbishop Jose H. Gomez of Los Angeles will be one of several speakers who will make presentations about the life of Dorothy Day at the University of Saint Francis-sponsored “Dorothy Day and the Church: Past, Present, and Future” conference, May 13-15.

Archbishop Gomez will speak Thursday, May 14, at 7:30 p.m. at the USF Robert Goldstine Performing Arts Center, 431 W. Berry St., Fort Wayne. No reservations are necessary for the archbishop’s talk. Bishop Kevin C. Rhoades and Archbishop Gomez will also celebrate a Mass at the Cathedral of the Immaculate Conception in Fort Wayne, at 4 p.m. on May 14. The faithful are invited to the Mass.

Archbishop Gomez, who leads the nation’s largest Catholic community, told Today’s Catholic, “Dorothy Day’s life fascinates me as a pastor. Her story is one of the great ‘journeys of the soul’ in our times. In my contribution to the conference I want to explore how her life tells a kind of spiritual diary of the 20th century and how she engaged with some of the century’s most influential ideologies and movements — from pacifism and communism to feminism and the sexual revolution.”

Dorothy Day (1897-1980) was famously eulogized as “the most significant, interesting and influential person in the history of American Catholicism.” Her life embodied the recent call of Pope Francis to build “a poor Church for the poor” — and her combination of political radicalism with Catholic orthodoxy has the potential to lead the Church beyond the categories of “liberal” and “conservative” in its engagement with American culture and politics.

Part of the 125th anniversary of the university’s celebration plans, University of Saint Francis conference leaders report, “This conference will explore Dorothy Day’s life, legacy and contemporary significance for the Church. Paper and session proposals are welcomed from academics and others familiar with the work of Dorothy Day.”

Registration for the conference is available at dorothyday.sf.edu. Onsite registration is $300. A limited number of reduced registrations ($100) are available to members of Catholic Worker houses or full-time students.

Besides Archbishop Gomez, the conference will bring to Fort Wayne’s USF campus a roster of nationally-recognized speakers whose lives have been impacted by Dorothy Day. 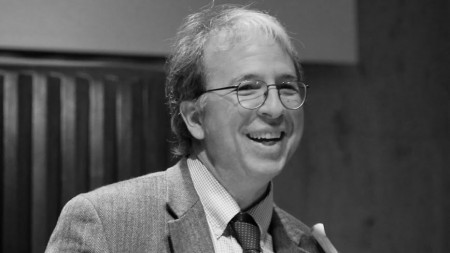 Robert Ellsberg, the publisher of Orbis Books, the publishing arm of the Maryknoll Fathers and Brothers, and the editor of Dorothy Day’s diaries and letters, “Dorothy Day: A Saint for Our Time,” said, “I was part of the Catholic Worker community in New York from 1975-80, arriving at the age of 19. As such, I worked with Dorothy Day for the last five years of her life, including two years as managing editor of The Catholic Worker newspaper.”

“It was during this time that I formally converted to Catholicism,” he said. “That encounter was the decisive event of my life. After Dorothy’s death I edited her selected writings. Twenty-five years later I was appointed to edit her personal writings, her diaries and letters. As publisher of Orbis I have published many books by and about her. I was one of those who made up the group of Day’s associates whom Cardinal O’Connor consulted prior to introducing her cause, and since then I have contributed in every way I can to promote her story and her message.”

In his talk, Ellsberg will discuss the spiritual practice and vision that underlay Day’s public witness, “drawing on my memories as well as my work on her writings,” he noted. “Through this I hope to show why I think she is an important saint for our time.” 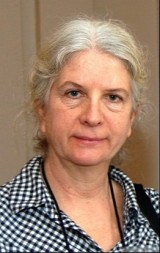 Martha Hennessy is the granddaughter of Dorothy Day. She continues the legacy of her grandmother by working between her home and family in Vermont and the New York Catholic Worker in lower Manhattan. She is the seventh grandchild of Dorothy Day and a grandmother herself. The small farm in Vermont grows much of the food for the family. On 3rd Street, Maryhouse provides meals, showers, clothing and a home for women, as it continues the tradition of practicing the works of mercy along with nearby St. Joseph’s House for men.

As the granddaughter of Dorothy Day, Hennessy found her grandmother a very engaging person. “I returned to the Church and work at the New York Catholic Worker after raising my own family,” Hennessy said. “Dorothy planted seeds in many people’s hearts and minds that have come to fruition in God’s own time.”

Dorothy Day, Hennessy said, “gave the best example of God’s love for us and the love He wants us to have for each other. She taught us that war was not what Christians should ever pursue if we are to take the Gospel to heart. She was also such a gifted writer and her words are still with us, guiding and encouraging us to do the work.”

Hennessy will speak on the “Domestic Church” and how Dorothy’s work embodied this. “As disciples of Christ, we are called to care for the least among us, in direct opposition to the capitalist/war economy,” Hennessy noted. “Pope Francis also calls us to direct lay Catholic action which the Catholic Worker Movement has practiced for the past 82 years.” 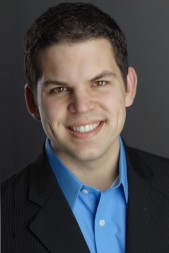 Catholic writer and speaker Brandon Vogt said, “I first discovered Dorothy was a Protestant, while I was exploring the Catholic Church. I had befriended several local homeless men and became passionate about fixing social injustices, but I didn’t see the same passion among Catholics at the nearby parish. But then a friend handed me Jim Forest’s biography of Dorothy Day and I found a kindred soul: someone deeply committed to the Catholic Church yet who also cared about the Church’s social mission.”

Vogt said, “I’m drawn to Dorothy Day because she embodies all that’s great about Catholic life. She was faithful to the Church’s spiritual life, committing to daily Mass, the rosary, and the liturgy of the hours. She was also faithful to the spiritual and corporal works of mercy. She mastered both the interior and exterior life, making her an example of the great ‘both/and’ of Catholicism.” 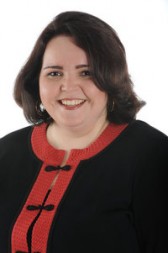 Kathryn Jean Lopez is a senior fellow at the National Review Institute, former editor and now editor-at-large of National Review Online, and a nationally syndicated columnist who has been published by a wide variety of publications including the Wall Street Journal, New York Times, First Things, The National Catholic Register and Our Sunday Visitor. She is founding director of Catholic Voices USA and speaks frequently on faith and public life on college campuses, and on radio and television. A product of New York City Catholic education, she serves on a number of Catholic boards and is a member of the Archdiocese of New York’s Pro-Life Commission. At the opening Mass of the Year of Faith in Rome in October 2012, Pope Benedict XVI presented her with a message to women throughout the world.

Her interest in Dorothy Day stems from hometown pride. Lopez said of Dorothy Day: “She’s a holy New Yorker — New York is quite blessed with holy women and men who should be household names so we are all saints.”

Reflecting upon Dorothy Day’s impact, Lopez said, “Well, she’s a writer who was no wallflower when it came to politics. I’ve been at National Review — the conservative magazine founded by William F. Buckley Jr. — for two decades. Many might think we’d have little in common, but that’s a poverty — that she’s been seen as more of a left-wing saint. She’s a holy woman who worked to radically live the Gospel. She went to the Blessed Sacrament often for answers. More conversations of Dorothy Day should start somewhere like there.”

Dorothy Day “really is a saint for our day,” said Lopez. “Like Pope Francis does today, she embraced people who might otherwise have been forgotten or ignored. And talk about a close encounter with mercy!”

“A few years ago, I read an article that suggested she could not be canonized because of her abortion,” Lopez said. “Talk about missing the point of Divine Mercy. She’s the message Pope Francis is trying to drive home about mercy — one that’s of the Gospel, that we see on the cross. Having walked modern-day concrete East Coast streets, getting to know her could be quite the healer — and uniter. Politics did an injustice to the Second Vatican Council. With the intercession of this holy woman, we can join the movement for a restoration and robust renewal, one that has been the work of John Paul II, Benedict XVI, and now is what Pope Francis is leading us in.”

And Deacon Thomas Cornell spoke of his connection to Dorothy Day.

“I first read Dorothy Day’s ‘The Long Loneliness’ in 1953 when I was a freshman at Fairfield University. I was bowled over, visited the Catholic Worker that spring, met Dorothy briefly, (and) came back often enough to become part of the woodwork. In order to prepare myself to be of some use to the Catholic Worker, I immersed myself in the peace movement and soon came to know all the leaders, and they knew me. In September 1962, Dorothy called me to the city and assigned me managing editor of The Catholic Worker.”

In July 1964, Deacon Cornell was married to Monica Ribar, who also was part of Catholic Worker, and moved to an apartment a few blocks away from the Catholic Worker headquarters. Deacon Cornell said he “taught high school English to support us until in 1965 Jim Forest asked me to join him in running the Catholic Peace Fellowship. I stayed close to Dorothy all the while and served as her representative to the larger pacifist movement.”

“Dorothy Day strengthened my faith, gave me my life’s work and a wife and family. We have now seven descendants,” he said. “Deo gratias.”

Information about the conference and submitting papers on Dorothy Day is available at dorothyday.sf.edu. or email [email protected]

Click here for the 2 page special section on the history and future of the University of Saint Francis.