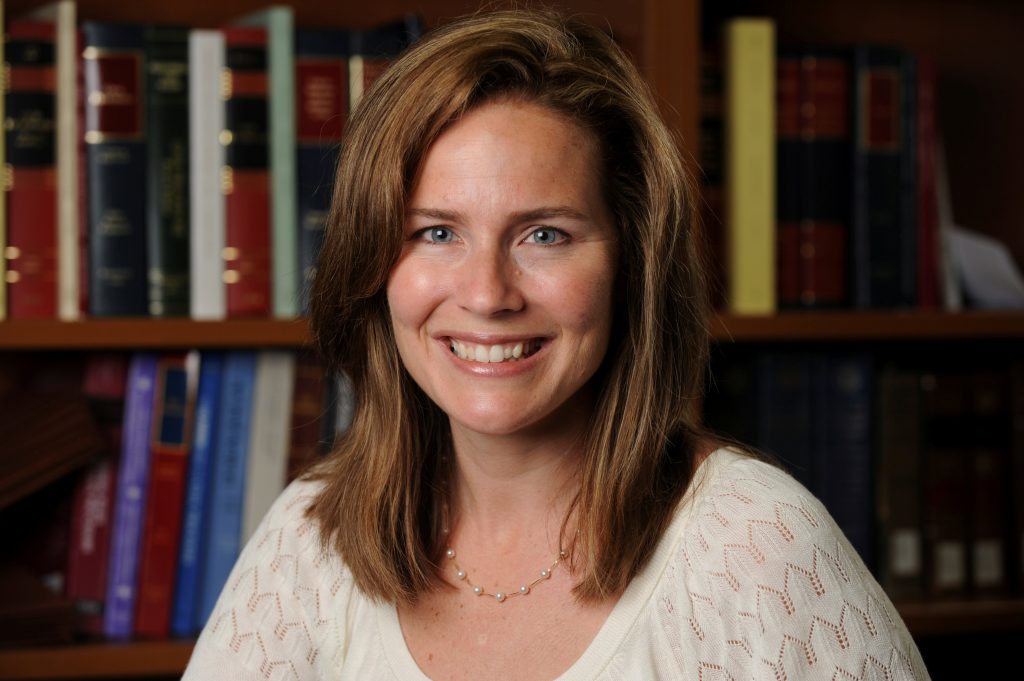 Amy Coney Barrett is pictured in this undated photo. She is a judge for the U.S. Court of Appeals for the 7th Circuit, and a law professor at the University of Notre Dame. A Catholic, she is on President Donald Trump’s list of of potential nominees to fill the U.S. Supreme Court seat left vacant by the Sept. 18, 2020, death of Associate Justice Ruth Bader Ginsburg. (CNS photo/Matt Cashore, University of Notre Dame via Reuters) 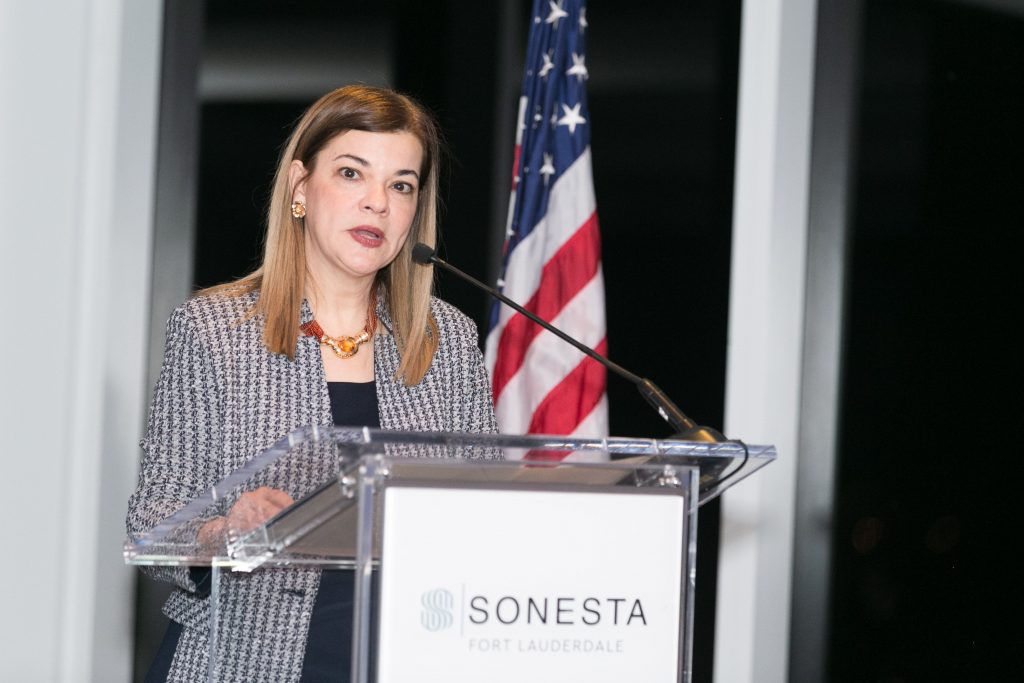 Florida State Supreme Court Justice Barbara Lagoa speaks at the 30th annual Red Mass reception of the St. Thomas More Society of South Florida in Fort Lauderdale Sept. 26, 2019. She was the first Hispanic woman to be appointed as a justice of the state Supreme Court and currently serves on the U.S. Court of Appeals for the 11th Circuit. A Catholic, she is on President Donald Trump’s list of potential nominees to fill the U.S. Supreme Court seat left vacant by the Sept. 18, 2020, death of Associate Justice Ruth Bader Ginsburg. (CNS photo/Tom Tracy, Florida Catholic)

President Donald Trump told reporters the afternoon of Sept. 19, and rallygoers later that evening, that he intended to pick a Supreme Court nominee in the coming days, and it would likely be a woman.

Senate Majority Leader Mitch McConnell, R-Kentucky, pledged hours after Ginsburg’s death that he would hold a vote on Trump’s nominee to fill the court vacancy despite blocking President Barack Obama’s nominee in 2016, after Justice Antonin Scalia’s death that February, because it was an election year.

McConnell and other Republicans have said the situation is different this time because the same party, Republicans, control both the Senate and the White House. To move Trump’s nominee through the Senate would require a simple majority vote.

Democratic presidential candidate Joe Biden has said that if he wins the election, he should be the one to nominate Ginsburg’s successor.

One of the first names to emerge as possible contender for Ginsburg’s seat — raised while mourners were gathered on the steps of the court chanting, “RBG!” — was Barrett, a 48-year-old who serves on the U.S. Court of Appeals for the 7th Circuit Court, based in Chicago.

The judge, a former law professor at the University of Notre Dame and a mother of seven, is not an unknown. She was viewed as a potential candidate for the nation’s high court in 2018 after Justice Anthony Kennedy retired, a slot that was filled by Justice Brett Kavanaugh.

Barrett, a former clerk for Scalia, was the focus of Senate grilling during her 2017 confirmation hearing to serve on the 7th Circuit, when she was asked about the impact her faith would have on her interpretation of the law.

At the time, Sen. Dianne Feinstein, D-California, told her: “The dogma lives loudly within you, and that’s a concern.”

Barrett responded: “It’s never appropriate for a judge to impose that judge’s personal convictions, whether they arise from faith or anywhere else, on the law.”

After this hearing, several Catholic leaders spoke out against the line of questioning used on her that focused on her faith.

Feinstein had referred to Barrett’s speeches and a 1998 article she wrote about the role of Catholic judges in death penalty cases. The senator questioned Barrett about upholding Roe v. Wade, the 1973 Supreme Court ruling that made abortion legal.

When Sen. Dick Durbin, D-Illinois, asked Barrett if she considered herself an “orthodox” Catholic, Barrett said: “If you’re asking whether I take my faith seriously and am a faithful Catholic, I am. Although I would stress that my present church affiliation or my religious beliefs would not bear in the discharge of my duties as a judge.”

The other name that emerged as short-list contender for the Supreme Court — and quickly gained traction as a potential election boost for the Trump — was Lagoa, the 52-year-old Miami-born daughter of Cuban exiles.

Last year, Lagoa spoke at a Florida reception of the St. Thomas More Society after the annual Red Mass, which prays for lawyers and judges, at St. Anthony Church in Fort Lauderdale. She said her Catholic education instilled in her “an abiding faith in God that has grounded me and sustained me through the highs and lows of life.”

Lagoa, a judge of the Atlanta-based 11th Circuit, asked the audience if “one could be a strong advocate for one’s client and still be a Catholic?” She answered the question by saying faith was “more than going to Mass every Sunday, and to me at least, it means having a personal relationship with God that in turn informs how we treat others.”

She also gave the example of St. Thomas More and said he shows how legal professionals should not compartmentalize professional lives from spiritual lives to justify a lapse in faith or moral conviction.

Tom Tracy, who writes for the Florida Catholic, newspaper of the Archdiocese of Miami, contributed to this report.