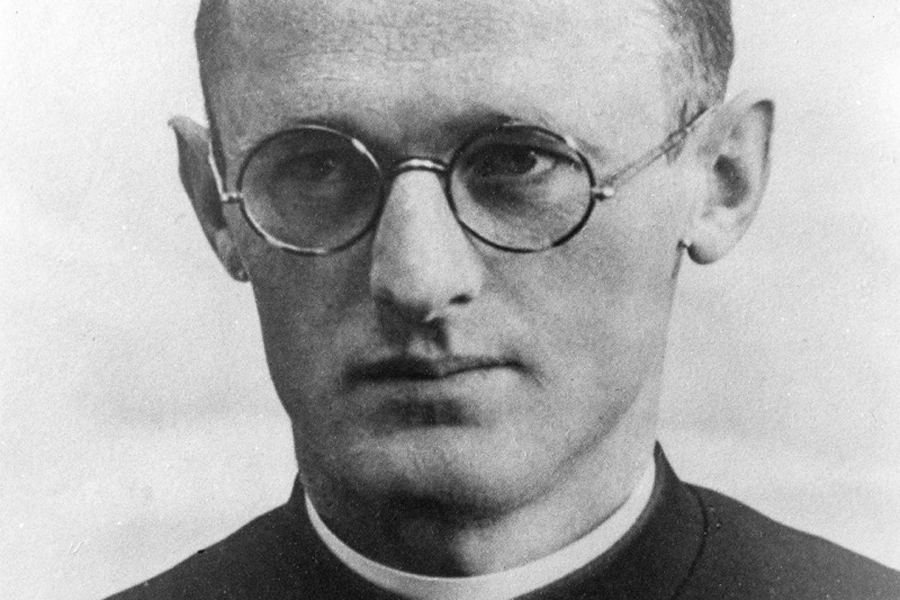 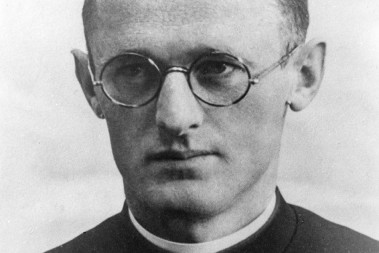 Würzburg, Germany (CNA/EWTN News) — Father Engelmar Unzeitig, a priest of the Mariannhill Mission society who was interred in the Nazi’s Dachau concentration camp and has been recognized as a martyr, was beatified during a Mass on Saturday, Sept. 24.

Bishop Friedhelm Hofmann of Würzburg said during his homily for the Mass at the city’s cathedral that Father Unzeitig, known as the “Angel of Dachau”, brought the light of God’s goodness to the place where his presence “is least expected.”

Father Unzeitig lived under a “dehumanizing dictatorship,” Bishop Hofmann noted, saying, “we can learn from him not to subject ourselves to a dictatorship, even a dictatorship of opinions.”

The following day, before leading pilgrims to Rome in the Angelus, Pope Francis made note of the beatification, saying that “Killed in hatred of the faith,” Father Unzeitig “opposed hatred with love, and answered ferocity answered with meekness. May his example help us to be witnesses of charity and hope even in the midst of tribulations.”

Father Unzeitig was born in what is now the Czech Republic in 1911. He joined the seminary at the age of 18 and became a priest for the Mariannhill Mission Society, whose motto is: “If no one else will go: I will go!”

He was arrested by the Nazis in 1941, when he was only 30 years old and had been a priest but two years, serving in Germany and Austria.

His crime was having preached against the Third Reich from his pulpit, particularly against its treatment of the Jewish people. He encouraged his congregation to be faithful to God and to resist the lies of the Nazi regime.

As punishment, Father Unzeitig was sent to what has been called the “largest monastery in the world”: Dachau concentration camp, which became renowned for the number of ministers and priests within its walls.

The camp housed some 2,700 clergy, roughly 95 percent of whom were Catholic priests from Poland, making it one of the largest residences for priests in the history of the Church — hence the name.

While imprisoned at the camp, Father studied Russian in order to be able to help the influx of prisoners from Eastern Europe, and had a reputation at the camp as a holy man.

For several years, Father Unzeitig was able to remain in relatively stable health despite the poor treatment he received. However, when a wave of the often-fatal typhoid fever swept through the camp in 1945, he and 19 other priests volunteered to do what no one else wanted to — care for the sick and dying in the typhoid barracks, an almost-certain death sentence in and of itself. He and his companions spent their days bathing and caring for the sick, praying with them, and offering last rites.

Despite his bleak circumstances, Father Unzeitig found his hope and joy in his faith, as evidenced in letters to his sister from the camp:

“Whatever we do, whatever we want, is surely simply the grace that carries us and guides us. God’s almighty grace helps us overcome obstacles … love doubles our strength, makes us inventive, makes us feel content and inwardly free. If people would only realize what God has in store for those who love him!” he wrote.

In another letter he wrote:

“Even behind the hardest sacrifices and worst suffering stands God with his Fatherly love, who is satisfied with the good will of His children and gives them and others happiness.”

Eventually, on March 2, 1945, Father Unzeitig succumbed to typhoid fever himself. Dachau was liberated by American soldiers just a few weeks later, on April 29.

In recognition of his heroic virtue, Father Engelmar Unzeitig was declared venerable by Benedict XVI in 2009, and Pope Francis acknowledged him as a martyr in January, which opened the path for his beatification.

Some 1,800 people participated in the beatification Mass at the Würzburg cathedral. Several representatives of the Czech government were present, as well as members of the Mariannhill missionaries and the bishop of an Austrian diocese where Father Unzeitig had served.

His feast is to be celebrated March 2, the anniversary of his death.

Editor’s note: Bishop Rhoades expressed his joy in learning of the beatification of Father Engelmar Unzeitig.  He stated: “I first learned about Father Engelmar when I was Bishop of Harrisburg.  The diocese conducted an investigation of a reported miraculous healing of one of the faithful that was attributed to the intercession of Father Engelmar.  The thorough report was sent to the medical board in Rome responsible for studying alleged miracles in the causes of beatification and canonization.  I understand that the medical board approved it after I was transferred to Fort Wayne-South Bend.  In any event, the proof of a miracle was not needed since Father Engelmar qualified for a decree of martyrdom, which Pope Francis approved.  This holy priest courageously defended the Jewish people in his sermons and was arrested and sent to Dachau where he ministered to his fellow prisoners with heroic charity.  As we rejoice in his beatification, it is good to pray now for his canonization.”