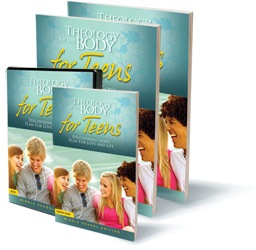 MISHAWAKA — The Office of Family Life will showcase their component of the standardized seventh-grade religion program when they introduce the theology of the body curriculum on April 16 in South Bend and April 30 in Fort Wayne. The theology of the body curriculum will utilize Ascension Press’ “Theology of the Body for Teens” (middle school edition) program, “which contains a student text, parent guide and DVD series, as well as supplemental lesson plans developed by the junior high religion curriculum committee for our diocese,” Lisa Everett, the co-director of the Office of Family Life, described.

The Office of Family Life, in conjunction with the Secretariat for Catholic Education, will be coordinating the implementation of this curriculum this upcoming fall.

“To introduce the program to parish and grade school administrators, our office will be holding two roll-out sessions on each side of the diocese to provide priests, grade school principals and parish DREs with important information regarding the middle school theology of the body curriculum that schools and parishes in our diocese have been required by Bishop Kevin C. Rhoades to implement beginning in the 2015-2016 academic year,” Everett told Today’s Catholic.

“In brief,” she said, “schools will be integrating an eight-week theology of the body curriculum module into religion class during the second semester of grade 7, while parish religious education programs will be integrating two daylong theology of the body seminars into the second semester of grade 7 utilizing some of the same materials.”

The rollout sessions are as follows:

Training for teachers and catechists who will be teaching the new theology of the body program will take place this coming fall on both sides of the diocese.

The presenters of the April showcases will be Lisa Everett and John Sikorski, who serves as the assistant director for Pro-Life and Youth Outreach for the Office of Family Life. Besides having presented the First Comes Love program to hundreds of eighth graders in the diocese, Sikorski is currently pursuing his doctorate in moral theology at the University of Notre Dame and brings both a pastoral and a theological perspective to this important project.

Everett described the theology of the body teaching that traces its roots to St. John Paul II.

She said, “St. John Paul II once commented that as a young priest, ‘I learned to love human love.’ He numbered many married couples among his friends, and he spent a lot of time with them.”

Prior to becoming pope, he had written a manuscript for a book that was tentatively titled “Man and Woman He Created Them,” and in 1979 he began delivering a series of Wednesday audience catecheses based on this manuscript, that came to be referred to as his “theology of the body.”

“It is a particularly beautiful lens through which to look at the love between man and woman in God’s plan, and consists of a rich reflection on Scripture, starting from the book of Genesis and the story of the creation of the human person in the image and likeness of God,” Everett said.

According to St. John Paul II, the primordial model of marriage is to be found in God Himself.

“God is love,” she said, “and in Himself He lives a mystery of personal loving communion as Father, Son and Spirit. The fact that we are created in the image and likeness of God means not only that both men and women are rational and free beings, endowed with the same personal dignity and the same supernatural destiny, it also means that man and woman ‘become’ the image of God by living in loving communion with one another. The first and most fundamental form of this communion of persons is the vocation of marriage, in which a man and woman leave their own father and mother in order to live ‘with,’ and even more deeply, ‘for’ one another.”

Everett added, “Sex is intended by God to be the most intimate sign of this mutual gift of self that a man and woman make to one another in marriage, a dialogue in which the spouses say to each other through the ‘language of the body’ what they said aloud publicly on the altar on their wedding day: ‘I accept you completely as the gift that God created you to be, and I give myself to you completely in return.’”

“And this mutual gift of self that is expressed in sexual union is not meant to end with the couple, but rather, makes them capable of the greatest possible gift: cooperating with God in giving life to a new human person, who is literally the two of them, husband and wife, in one flesh, a living reflection of their love and a permanent sign of their communion, someone created in their own image and likeness, to be sure, but above all, in the image and likeness of God.” Everett added. These are some of the key concepts in St. John Paul II’s theology of the body.

Everett noted that since the development and implementation

of the diocesan First Comes Love program for eighth graders that began seven years ago, “there have been significant catechetical and cultural changes, which warrant a revision of the way in which middle schoolers are formed in the area of human love and sexuality.”

First, the publication of Ascension Press’ “Theology of the Body for Teens,” (middle school edition) has made available for the first time an attractive and accessible student text and DVD series to introduce junior high students to the theology of the body and the virtue of chastity in a systematic and sustained way as part of the regular religion curriculum.

Secondly, due to the increasing challenges in the culture regarding the vocation of marriage and the virtue of chastity, there is a pastoral need for a deeper and more comprehensive formation of young people before they reach high school.

Everett said, “The goal of providing an intensive introduction to the theology of the body at this grade level is to give the students a vision of human love, marriage, sexuality and procreation that is rooted in a profound reflection on Scripture and which is capable of touching not only their minds, but also their hearts, with the truth and beauty of God’s plan.”

Everett said that the Ascension Press program, in conjunction with the supplemental curriculum, presents the key concepts in St. John Paul II’s theology of the body in a way that is understandable, inspiring and engaging for junior high students.

And parents too will have the opportunity to follow and learn about theology of the body with their children. Everett said each parish and school will hold an annual parent information session prior to beginning the program, which will include a DVD specifically intended for parents, and each family will also receive Ascension Press’ “Parent Guide,” which is an integral part of the “Theology of the Body for Teens” middle school program.