Thanksgiving is the premier classic, all-American holiday. Begun in the very first years of the country, the day celebrates the first successful harvest of Americans’ pilgrim- and poor farmer-ancestors due to the help of their neighbors, the Wampanoag Indian tribe.

American Catholics, however, are called to be a thanksgiving people every day of the year. The very basis of daily worship is to offer and give thanks back to the One who created mankind, redeemed it and sustains it; God, in the blessed Trinity. All we say, do, know or have comes from God. Truly, every day is to be a day of thanksgiving.

The holiday celebrated on the fourth Thursday of November is a chance for American Catholics to live their faith and nationality with pride and gratitude. 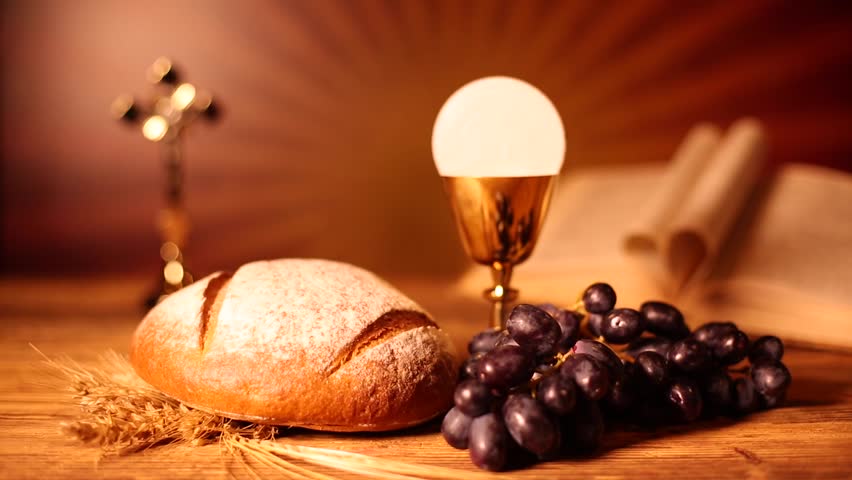 The very heart and source of life is “eucharistia,” the Greek word meaning “thanksgiving” in English. This is where the word for Eucharist comes from; the communion offered and received together as one people, one body with Jesus Christ, at the holy Mass. From the beginning of Christianity, the holy Mass was also called the Eucharist, as the Didache and St. Justin describe. The Hebrew word, used by ancient Israel, “todah,” means the same. Both point to the unmerited, free gift of God given to His people.

Father Romano Guardini, a Catholic theologian who was among the fathers of the New Evangelization, reminds us that, “Mass is the heart of the direct relationship between God and a believer.” In the sacred space at church, one hears the words of the celebrating priest: “Lift up your hearts! Let us give thanks to the Lord, our God. It is truly right and just.” This is to be the daily posture, attitude and offering to the Lord — to give thanks for everything.

Father John Dunne, CSC, a former professor of theology at the University of Notre Dame — now deceased — was often heard to say, “For all that has been, thank you. For all that will be, yes!” This combination of Thanksgiving and Marian acceptance points to the greatest example of human thanksgiving, Jesus’ own mother, Mary. As recorded by Luke in sacred Scripture, her praise of thanksgiving to God for all He has done is a prayer called the Magnificat. Her words became so vital to the Church that they are part of the daily prayer of all religious men and women, and many laypeople, throughout the world, who pray them in the Divine Office, the Liturgy of the Hours of the Church.

Mary received because of God’s benevolence. In humility, she speaks in Scripture of the good God has done. Pope St. John Paul II said that Catholics should “re-read the Magnificat in a Eucharistic key. Nothing is greater than this spirituality for helping us experience the mystery of the Eucharist. The Eucharist has been given to us so that our life, like that of Mary, may become completely a Magnificat.”

Jesus Himself thanks God for what will be, living the spirit of gratitude in the Scriptures. When Lazarus is raised from the dead, Jesus thanks His Father for the miracle in St. Matthew’s account. At the miracle of the multiplication of the loaves and fishes, Jesus first, before anything occurs, offers thanks and blesses and breaks the bread.

After Thanksgiving, after offering our hearts up to God, we can be broken — there will be enough to feed all. But first, give thanks. Jesus is the living and substantial act of thanksgiving. Jesus’ disciples are to follow in His footsteps. All that we say or do or know or have comes from God.

The American culture, however, demonstrates a lack of appreciation for the gifts of God. On the evening of the national holiday of Thanksgiving, stores open, forcing employees to work and encouraging customers to come buy extreme amounts of things, all in the name of a good price. Instead of finishing Grandma’s homemade pie with her, sharing stories and living gratitude, people can be found standing in line or scrolling and ordering from their phones and computers buying that which will never feed them. St. Ignatius, founder of the Jesuit order, wrote to Father Simon Rodriguez, “Gratitude is thought of highly in heaven and on earth. On the other hand, among all of the evils and sins imaginable ingratitude is one of the most detestable.”

Along the theology lines of St. Thomas Aquinas, St. Theresa of Avila, doctor of the Church, said, “Faithful remembrance of gifts received increases our love for the creator and gives us more courage to love Him.” The gratitude changes us and causes remembrance, growing relationship with God and others, and a deeper attitude of awareness.

Charity should be a natural response from thanksgiving. For all the good done for others, is truly done for God Himself. A simple glass of water, given in His name, will be rewarded. St. Irenaeus, early Church father, said that to visit the suffering or needy is “the earthly reality of the same bread” referring to the Eucharist. Charity flowing from thanksgiving can be seen as a basic duty of justice.

Pope Benedict XVI reminded the faithful in a Regina Caeli message from 2006, “The secret of spiritual fruitfulness is union with God, union that is realized especially in the Eucharist, also rightly called, “communion.”

Thanksgiving is to be an instinctive tendency, observable in everyday, daily life. Worshipping together at Mass on Thanksgiving is one way to begin, for Jesus is the living and substantial act of thanksgiving. A true Thanksgiving can be lived on Nov. 23 and on every day of one’s life.