Although the celebration of daily or weekly public Mass does not take place in some regions of the world even today, for decades the regular celebration of the eucharistic liturgy has taken place in most cities across the United States. In the Diocese of Fort Wayne-South Bend, the absence of public Mass and limitation to other sacraments has occurred only during extreme circumstances.

During the Spanish flu pandemic of 1918, administrators of the city of South Bend forbade all public gatherings, including the celebration of Mass. According to local newspapers at the time, after city officials caught wind that Father John Kubacki planned on celebrating an open-air Mass, a police officer was sent to St. Adalbert Parish to shut down the liturgy.

One historical instance of the absence of Mass is partially remembered in old maps of downtown Fort Wayne. In 1835, it took the compassion of a lay fur trader to bring the holy sacrifice of the Mass back to his fellow citizens. 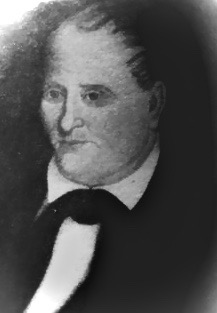 Findagrave.com
Francis Comparet, a Catholic fur trader, brought Mass back to early Fort Wayne after an extended period without the sacrament. He is remembered in two downtown streets that are named for him.

Francis Comparet, a prominent Catholic in early Fort Wayne, founded the city branch of the American Fur Company. His name may be familiar to local residents, as two downtown streets are named for him.

Comparet hosted Father Stephen Badin, the first priest ordained in the United States, whenever the priest made visits and ministered to the area. Father Badin was instrumental in the purchasing of the southwest portion of the present-day Cathedral Square. He assisted in buying some of the Cathedral grounds from another historic family in the area, the Hanna family.

Not only did the priest minister to Fort Wayne, but he also ministered to a diverse flock of Catholics from several ethnicities who were building the Wabash and Erie Canal. 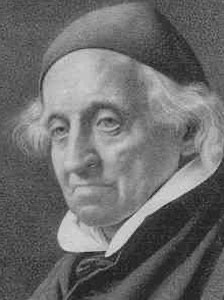 University of Notre Dame
Father Stephen Badin made frequent visits to early Fort Wayne. Badin was instrumental in the purchase of parts of the present-day Cathedral Square in the city, but his declining health and a shortage of priests in the region forced the faithful to be without Mass and other sacraments for over seven months.

However, as Badin aged, his health rapidly declined. His doctor instructed the traveling priest against riding on horseback, which was his main medium of travel to and from the young city. With Father Badin unable to return to the area, Comparet noted a seven-month absence of Mass and sacraments in the area. He decided to act.

In early 1835, Comparet notified Bishop Simon Bruté of the Diocese of Vincennes that the nearly 600 Fort Wayne Catholics and an estimated 2,000 Catholics working on the nearby canal had been without the sacraments for over half of the year. Bishop Bruté notified Bishop Frederic Rese from the Diocese of Detroit about the lapse occurring in Northeast Indiana and asked for a priest who could speak both English and German to be sent.

No priest would arrive until May of that year, and he only ministered to the city of Fort Wayne and the canal district for three weeks.

Another priest was sent in August, but he left by mid-October. A priest from Cincinnati, Ohio, would minister to the faithful from November until year-end.

Bishop Bruté continued to send priests to the area. In a book on diocesan history, Joseph M. White writes that at this time in Church history, priests did not grow as attached to a “missionary diocese” as they would a well-established diocese. So, although the turnover rate of priests in Northeast Indiana remained high, the absence of Mass proved occasional compared to the monthslong absence that originally concerned Comparet.

The fur trader with such concern that he and his fellow Catholics would have access to the Eucharist would die in 1845 at the age of 46. He is interred at Catholic Cemetery in Fort Wayne.

Catholics today can observe Comparet’s determination and apply that to the growing pandemic.

Praying for the sick and for medical workers is just one example of the kind of charity that parallels Comparet’s compassion almost two centuries ago.