WASHINGTON (CNS) — In a late-night decision Sept. 1, the Supreme Court ruled against blocking a Texas law banning abortions at six weeks of pregnancy.

The 5-4 vote, issued with a one-paragraph unsigned opinion, said the challengers to the Texas law — which went into effect Sept. 1 — did not adequately address the “complex and novel antecedent procedural questions” in this case.

“This order is not based on any conclusion about the constitutionality of Texas’ law, and in no way limits other procedurally proper challenges to the Texas law, including in Texas state courts,” the opinion said, leaving open the possibility that the state’s abortion providers could challenge it in other ways.

The Texas abortion providers had come to the Supreme Court with an emergency appeal to stop the law, but the court initially did not respond. 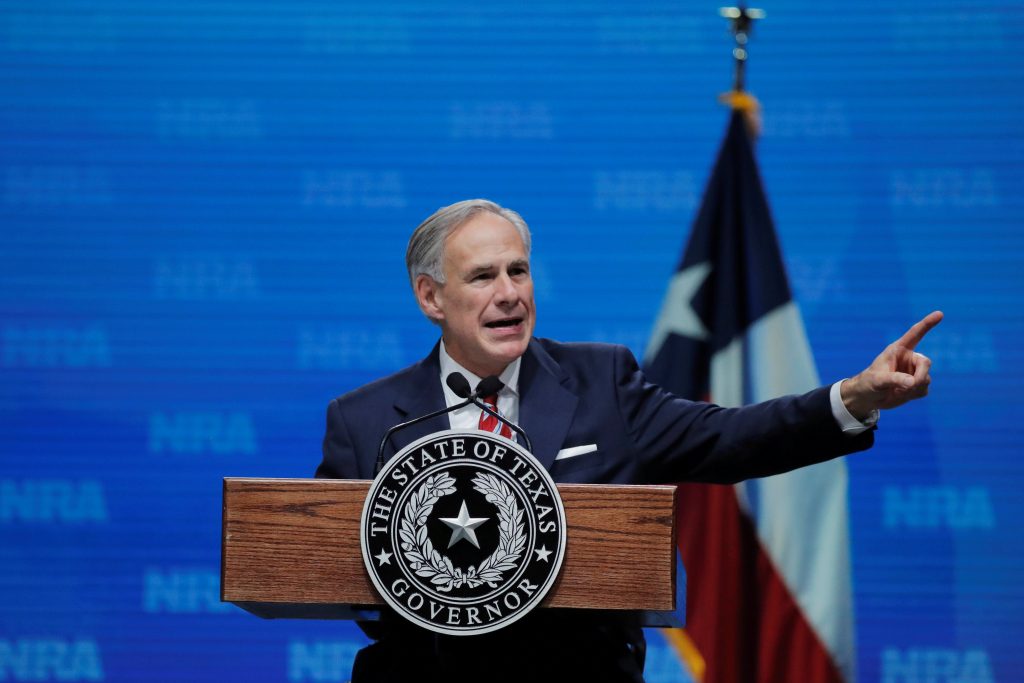 Texas Gov. Greg Abbott is seen in this 2018 file photo. The Supreme Court took no action to block a Texas bill Aug. 31, 2021, that prohibits most abortions after six weeks of pregnancy. (CNS photo/Lucas Jackson, Reuters)

The Texas Catholic Conference, the public policy arm of the state’s Catholic bishops, said the Supreme Court’s action marked the first time since Roe v. Wade that the nation’s high court “has allowed a pro-life law to remain while litigation proceeds in lower courts.”

President Joe Biden criticized the Supreme Court’s action and said in a Sept. 2 statement that his administration will look to launch a “whole-of-government effort to respond to this decision” and look at “what steps the federal government can take to ensure that women in Texas have access to safe and legal abortions as protected by Roe.”

Similarly, Attorney General Merrick Garland issued a statement, which said the Justice Department was deeply concerned about the Texas abortion law and would be “evaluating all options to protect the constitutional rights of women, including access to an abortion.”

In the Supreme Court’s decision, Chief Justice John Roberts joined Justices Sonia Sotomayor, Elena Kagan and Stephen Breyer in dissenting votes and each of them wrote separate statements expressing their disagreement with the majority.

A key part of the law that the dissenting justices took issue with is its emphasis on private citizens bringing civil lawsuits in state court against anyone involved in an abortion, other than the patient, but including someone who drives the patient to a clinic. As further incentive, the state law says anyone who successfully sues another person could be entitled to $10,000. 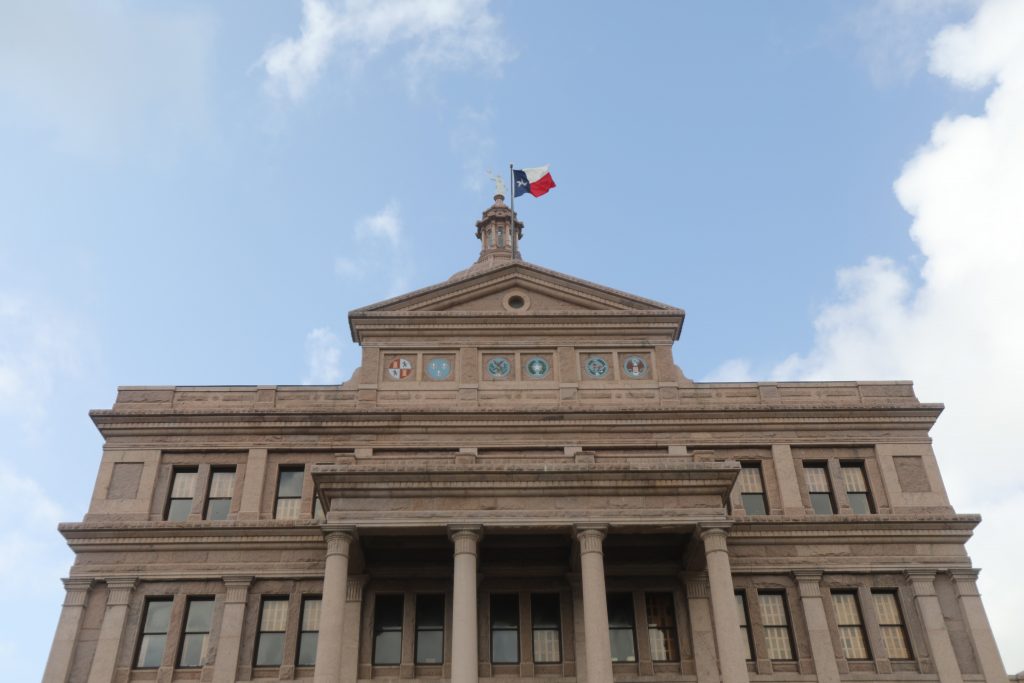 Sotomayor said the majority opinion in this case was “stunning.” She said that when the court examined a “flagrantly unconstitutional law engineered to prohibit women from exercising their constitutional rights and evade judicial scrutiny, a majority of Justices have opted to bury their heads in the sand.”

Kagan similarly called the Texas law “patently unconstitutional,” for its emphasis on encouraging “private parties to carry out unconstitutional restrictions on the state’s behalf.”

Roberts said the “statutory scheme” involving citizens’ enforcement of the law “is not only unusual, but unprecedented.”

“The legislature has imposed a prohibition on abortions after roughly six weeks, and then essentially delegated enforcement of that prohibition to the populace at large. The desired consequence appears to be to insulate the state from responsibility for implementing and enforcing the regulatory regime.”

He also noted that the case is not shut, saying that although the court denied the emergency relief sought by the applicants, its order is “emphatic in making clear that it cannot be understood as sustaining the constitutionality of the law at issue.”

In a statement just after the court’s decision, Nancy Northup, president and CEO of the Center for Reproductive Rights, which represents abortion providers challenging the Texas law, said these challengers would keep fighting.

“We are devastated that the Supreme Court has refused to block a law that blatantly violates Roe v. Wade,” she added.

Kristan Hawkins, the president of Students for Life of America, said in a statement that her group was “celebrating this decision for what it is, baby steps in the right direction toward the obvious conclusion that Roe is fatally flawed and must go.”

The law, signed by Republican Gov. Greg Abbott in May, became effective at midnight central time Sept. 1. It is one of the strictest abortion measures in the country, banning abortions in the state after a fetal heartbeat is detectable. The law has an exception for medical emergencies but not for rape or incest.

“We celebrate every life saved by this legislation. Opponents of the law argue the term ‘heartbeat’ is misleading. They call it ‘embryonic cardiac activity’ or worse, ‘electrically induced flickering of embryonic tissue.’ These attempts to dehumanize the unborn are disturbing,” the Texas bishops said in a Sept. 3 statement.

The night before the law took effect, court watchers on both sides of the issue kept vigil at the Supreme Court waiting for an order that never came. Abortion providers in the state had argued that the law would prevent about 85% of abortions in the state and will likely cause many clinics to close.

Currently, at least 12 other states have legislation banning abortions early in pregnancy, but these bans have been blocked by courts.

“Hopefully, this law will begin saving the lives of tens of thousands of Texas babies and we look forward to the day that babies’ lives will be spared across America,” said Carol Tobias, president of National Right to Life.

She also applauded the efforts of the Texas Right to Life and “pro-life Texans who have been devoted to providing a voice for the voiceless. We praise all of our state affiliates who have diligently and tirelessly worked with state legislators to protect unborn babies by passing laws that protect children whose hearts have begun to beat,” she said in a Sept. 1 statement.

Two months after the law was signed, abortion providers challenged it in court, saying it violated patients’ constitutional right to end a pregnancy before viability, when a fetus is said to be able to survive on its own.

The Supreme Court has consistently ruled that states cannot restrict abortion before the 24-week mark. This fall, the court will take up a Mississippi abortion ban after 15 weeks of pregnancy.

Those appealing the state law filed a motion in late August that was denied by the district court. They turned to the U.S. Court of Appeals for the 5th Circuit, which granted their request to put the district-court proceedings on hold but denied the challengers’ request to expedite the appeal, which led them to seek emergency relief from the Supreme Court Aug. 30.

Scotusblog, which reports on the Supreme Court, said the Texas attorney general and other defenders of the state’s abortion law had urged the Supreme Court to stay out of the dispute, saying the court is limited in its power to grant relief before laws have actually been enforced. They argued that courts can bar people from doing something, but they have no power to “expunge the law itself.”