Helping women overcome homelessness brought dozens of people from different organizations around the Fort Wayne area to St. Joseph Missions Women’s Shelter on Lake Avenue on Friday, June 10. Bishop Kevin C. Rhoades came to bless the house, which welcomes single women of any faith without homes of their own as a temporary, emergency shelter. These women must be willing and ready to make drastic changes in their lives, however, and for the past year, 132 different women have taken steps to break the cycle of homelessness, reported Lisa Fabian, Executive Director of St. Joseph Missions.

At the blessing ceremony, Fabian told a story of one resident, a grandmother with a one-year-old granddaughter who is learning how to walk. This proud woman showed off a video of the toddler to other residents and staff members, stating that this was her motivation to keep moving forward, to keep working toward her goal of independence, to never give up.

The house required extensive renovations prior to its use as a shelter. A grant from the City of Fort Wayne in the amount of $260,000 gave organizers a huge boost in getting the shelter prepared to care for its female residents. “We wouldn’t be able to do this without that,” said Dr. Monique Hartle, President of the Board of Directors for St. Joseph Missions. 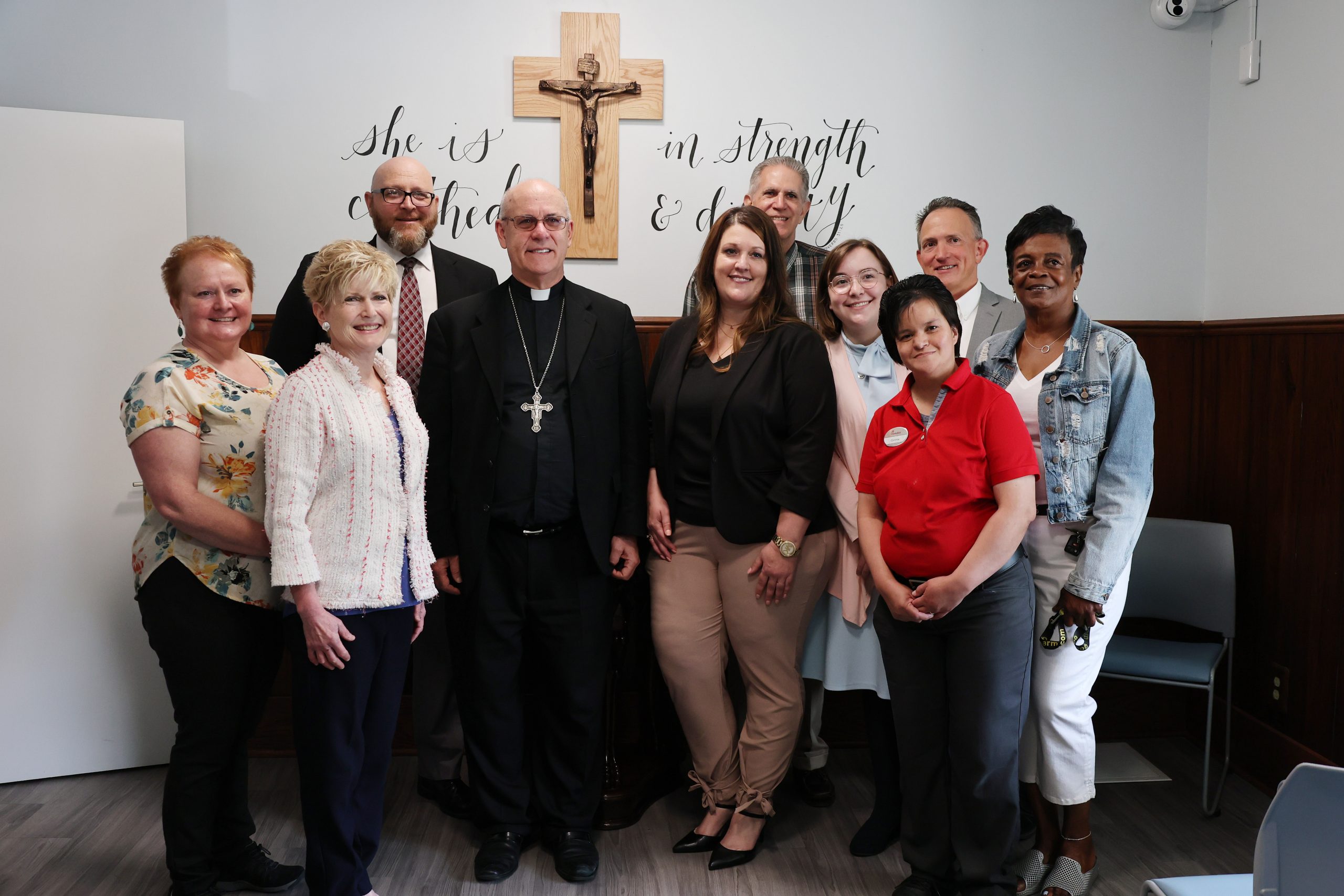 She has been amazed by the generosity of the community and God’s providence in making the shelter a reality. Each time the board ran into financial issues and thought the project would surely come to an end, God provided for their needs. “Every time. So I just keep telling them if God wants it, we’re not going to be able to stop Him, so just keep your head down, keep working, we’ll get there. The blessings come,” Hartle commented.

There to witness the event were many people who had helped bring the project to completion. Bishop Rhoades, of course, represented the Diocese of Fort Wayne-South Bend, which donated funds toward the shelter’s chapel. Students and Principal Lois Widner from St. Elizabeth Ann Seton School in Fort Wayne demonstrated the support that the school community has given St. Joseph Missions from its earliest conception. The Catholic Community Foundation of Northeast Indiana contributed to aid the shelter’s mission, along with numerous other companies and charitable organizations.

Meghan Short, the calligraphy artist whose decorative writing graces the chapel and library, attended the blessing. She had seen the home in the process of renovations and now, seeing the space finally inhabited, said, “It’s wonderful to see the life in it.”

As a part of Leadership Fort Wayne, Short shared that the organization partnered with St. Joseph Missions to take on a project for the home. She stated that, knowing other areas of the house would be covered, they chose to adopt the library, to enrich the minds of the women who would stay there. 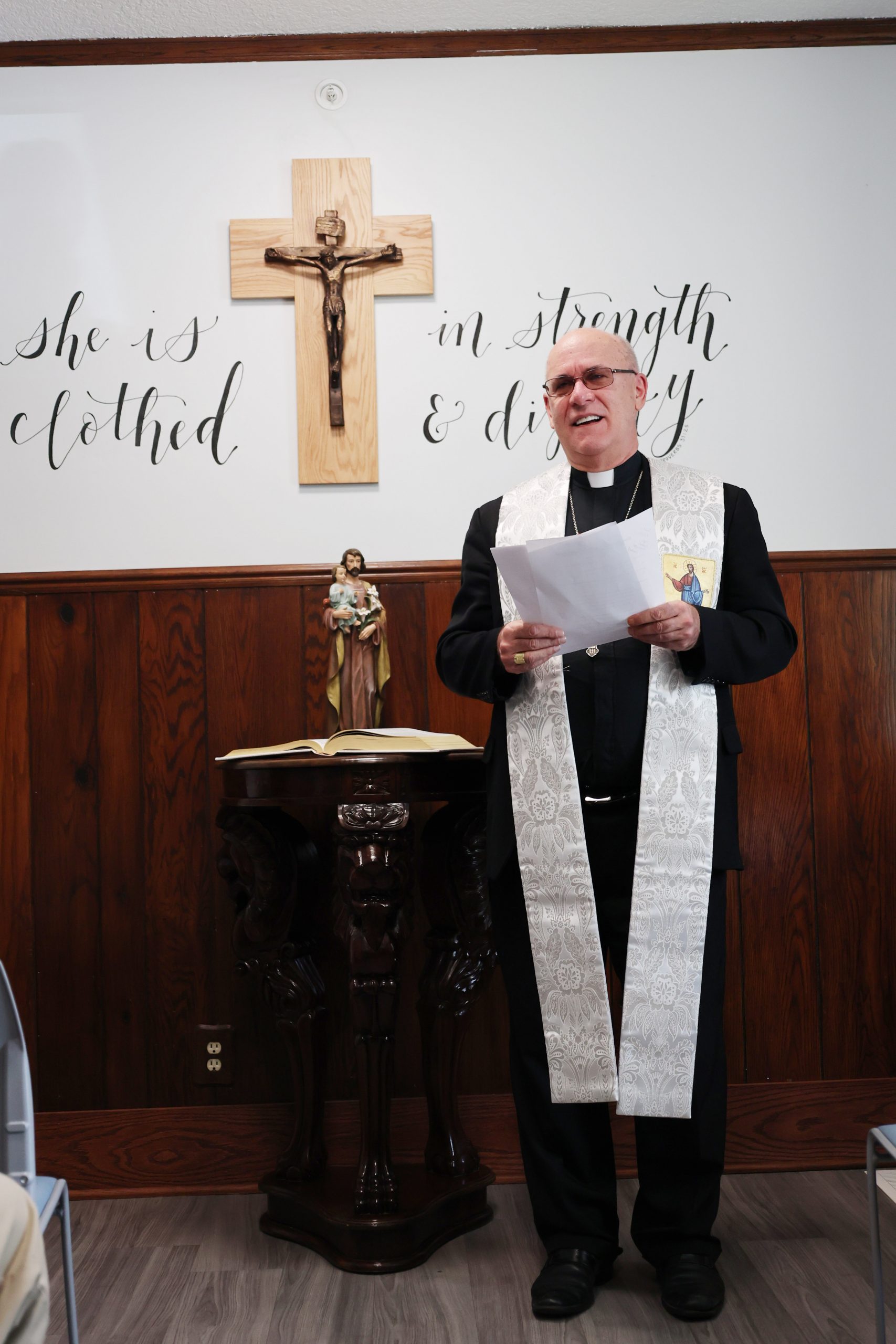 Her team of roughly 10 women collected books and personally inscribed inspirational quotes in them. Students from the Fort Wayne Community Schools Career Academy built bookshelves and Short, who owns her own calligraphy business, Moonlit Design Co., was asked to paint an inspirational quote on the wall. She loved being a part of the project and getting to meet some of the women in greatest need of the services provided.

During the blessing, Bishop Rhoades called the mission “a work of love,” stating that sheltering the homeless is the “heart of the Gospel.” He spoke on the dignity of women in general and particularly in relation to the women who might find themselves in desperate situations who would need the aid of places such as St. Joseph Missions Women’s Shelter. Catholics are called to fulfill the corporal works of mercy as Jesus commanded and “to see in women the face of Jesus.”

“We cannot just look the other way,” he stated.

And that is how St. Joseph Missions came about. “We started serving the homeless community downtown in Freimann Square initially then moved over to Cathedral Square,” said Dave MacDonald, the Founding Board President. “We kept seeing the same people over and over again.” It was then that the original board members realized they needed to do something “more permanent and intentional.” The process took several years, but now they have provided more than 3,100 bed nights. 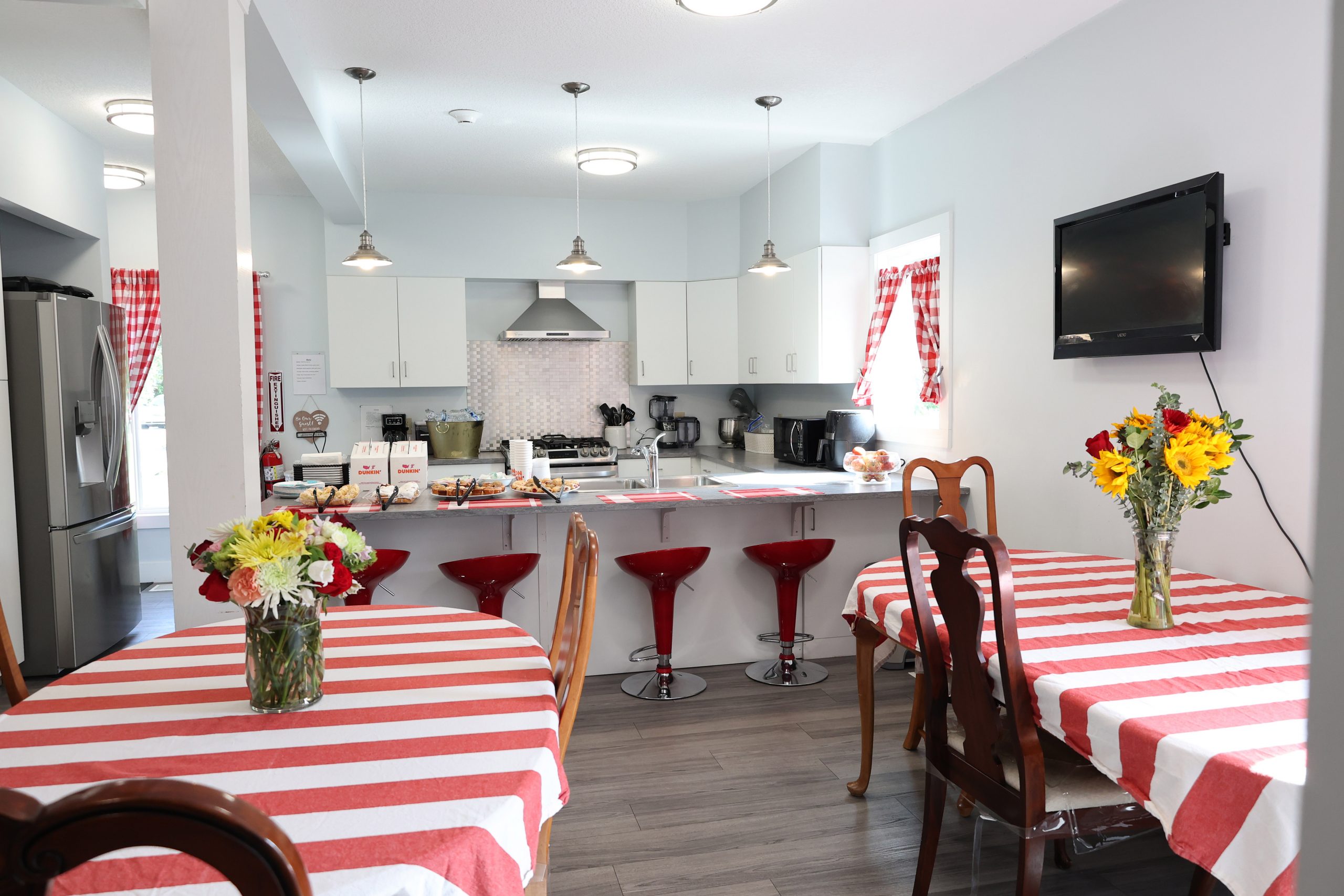 Erin Ness is the Program Director at the shelter. Previously, she worked at Vincent Village, another local organization combatting homelessness, and was on the Board of Directors for St. Joseph Missions years prior. She has been in her position for a year and Hartle said that she has been “amazing,” as is the shelter’s case manager. “We’re just very blessed with excellent staff and the staff are so committed to the mission; it’s really nice to see that,” Hartle remarked. “People are aren’t just here because it’s a job.”

In honor of its first year serving the Fort Wayne community, St. Joseph Missions Women’s Shelter will be hosting an open house on June 30 from 5 p.m. to 7 p.m. Anyone involved in the renovation process or those interested in the ministry are welcome to come and tour the house and learn about the good work happening there.