In regions where massive amounts of snow are a part of life for months out of the year, people who reside in those climates simply learn to live with and make the best of it – quite literally, in some cases. At Michigan Technological University, the Catholic community uses the enormous yearly snowfall as an opportunity to evangelize others – by building an ice chapel. Matthew Henry, a FOCUS missionary from the Diocese of Fort Wayne-South Bend participated in the building of the chapel this year.

Henry grew up in South Bend, attended St. Jude School and Marian High School in Mishawaka before feeling the call to missionary work during his third year as a student at Indiana University in Bloomington, when FOCUS missionaries came to the campus. “I was fortunate enough, through a weird set of circumstances, to be able to live with them that first year. And so, I got a lot of exposure to them,” Henry said. Witnessing the virtues and habits lived out by adults close to his own age proved to have a positive influence on his faith life.

“I think that’s kind of what’s particularly appealing to me about FOCUS,” he commented, “is someone that is a model for your faith that is someone who is not like your grandma or your priest … someone that is just like me but is living their faith well.” 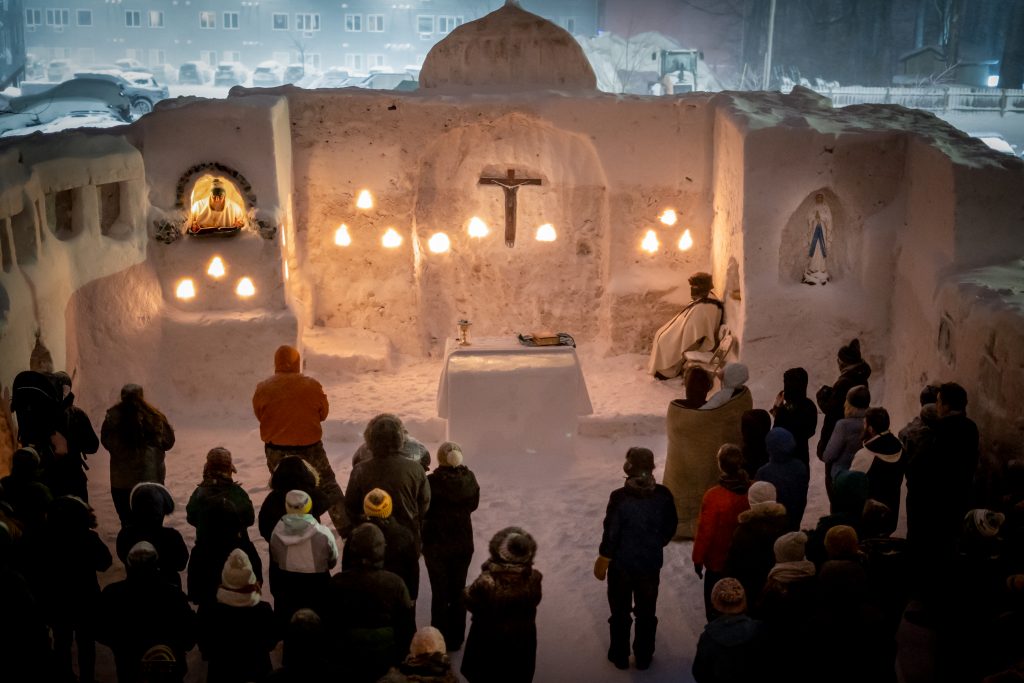 Photos by Brendan Flanagan
Masses were celebrated in the ice chapel beginning February 11 and throughout the weekend of February 12 and 13.

In addition to his degree from IUSB, Henry holds a master’s in theology from Ave Maria University, which he attended online while beginning his work with FOCUS. To become a FOCUS missionary requires a few steps, including in-person training, which for Henry took place at the University of Mary in Bismarck, North Dakota, and fundraising one’s own salary. After all that, missionaries are sent to their assignments.

“When we apply, we’re saying yes to being open to wherever they place us, wherever that might be.” In Henry’s case, that was Michigan Technological University – a predominantly engineering college that he had never heard of in the “upper peninsula of the Upper Peninsula,” around a nine-hour drive from his hometown. 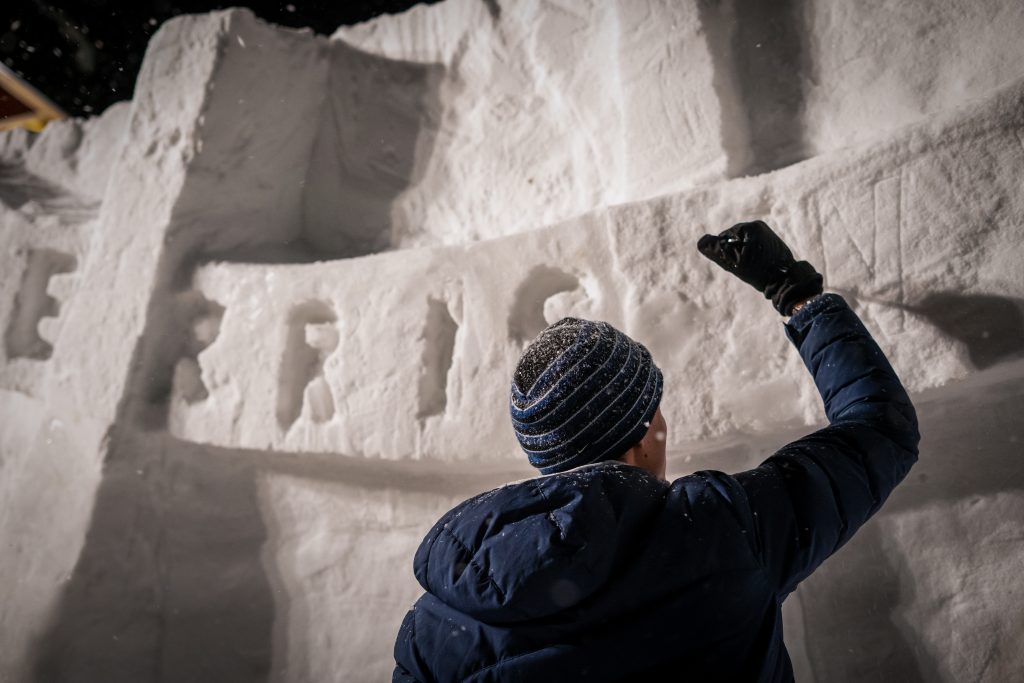 Catholic students at Michigan Technological University sculpt an ice chapel as part of the “all-nighter” division of the university’s ice sculpting building contest. While harvesting snow and ice begins in advance, the creation of the ice chapel occurs overnight (and in chilling temperatures.) This year, the ice chapel was based on St. Peter’s Basilica, complete with stained ice windows and a raised ambo.

The town of Houghton, Michigan has a small population, but a large tourism industry and is known for the Winter Carnival that Michigan Tech hosts yearly in February. 2022 marked the 100th anniversary of this celebration of snow – of which there is plenty in the Upper Peninsula.  The main attractions of the Winter Carnival are the snow sculptures. Some of these are month-long builds, resulting in large and elaborate structures.

St. Albert the Great University Parish ministers to the Catholic population on campus. They participate in the Winter Carnival, but not as competitors for the sculpture contest. Father Ben Hasse, director of campus ministry, came up with the idea of a snow church some years ago, Henry said, and “it’s a really good way to bring the students together.”

Henry reported that they have had 200 inches of snow so far this year, “so we have plenty to work with,” he said with a laugh.

Students that might not normally participate in church activities often take part in building the snow chapel. “There’s not often a time in your life that you can literally build a church,” Henry commented.

And the chapel isn’t just a cool sculpture. It fills the role of a church for however long it remains intact. Henry calls having Mass in the open-air snow church “a unique experience” that draws in people who might not have been to Mass in years.

While the end result is impressive, Henry and Father Hasse would say that the process is almost more meaningful. Henry said, “A lot of the more involved students are there as well, and we’re able to welcome them into the community that way and have them really participate in literally building up the Church.

“I would say the people that we’re able to reach through building it — and we’re able to talk to them, to get to know them better through the building process as well.”

That is the purpose of missionary work – to reach out to others and bring them closer to Jesus. FOCUS especially tries to evangelize on a microscale level. By building up a few people into strong leaders with a solid faith life, the hope is for them go out and bring others to the light of Christ. And while Henry has enjoyed getting to know the students and helping them on their faith journey, he has also been amazed by his own personal growth.

“I think to a very large extent it’s about the personal transformation of the missionaries themselves, and very much forming them for whatever’s next in their life,” he said. “To be able to rely on God through that process has really been helpful.”

Henry has quite the discernment process ahead of him, as his road could lead in a few different directions. He is discerning whether he is being called to religious life or continued education, but he definitely wants to remain involved in FOCUS for a few more years.

“We do all of these fun activities and those are great, but at the end of the day, it doesn’t really matter if we don’t grow closer to Christ,” he stressed. “But I think you can really see that in a lot of the individual students and how they’re growing in their faith lives and pursuing vocations and that.”

The ice chapel is certainly a fun way to celebrate the snow that Yoopers live with, but Henry knows that it is just a means to an end – engaging young students and bolstering their faith life. 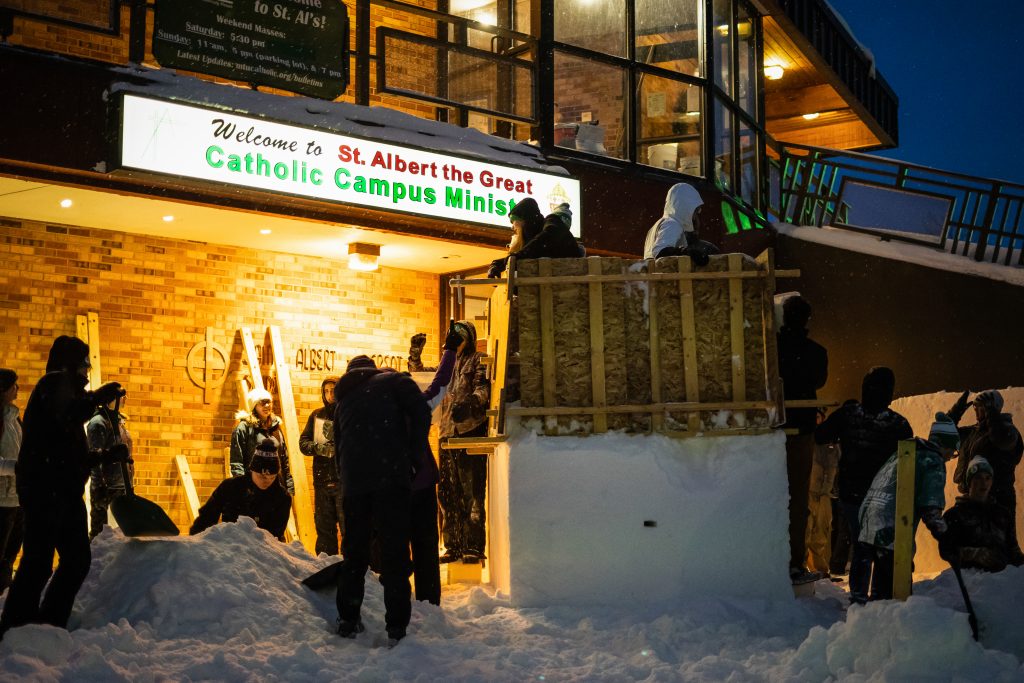 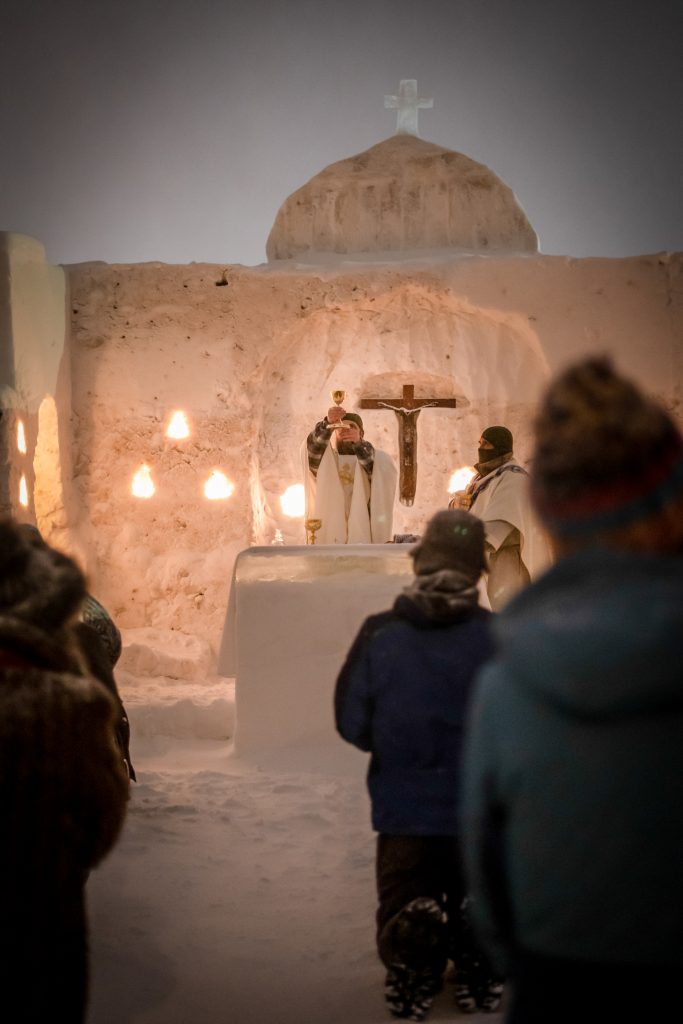 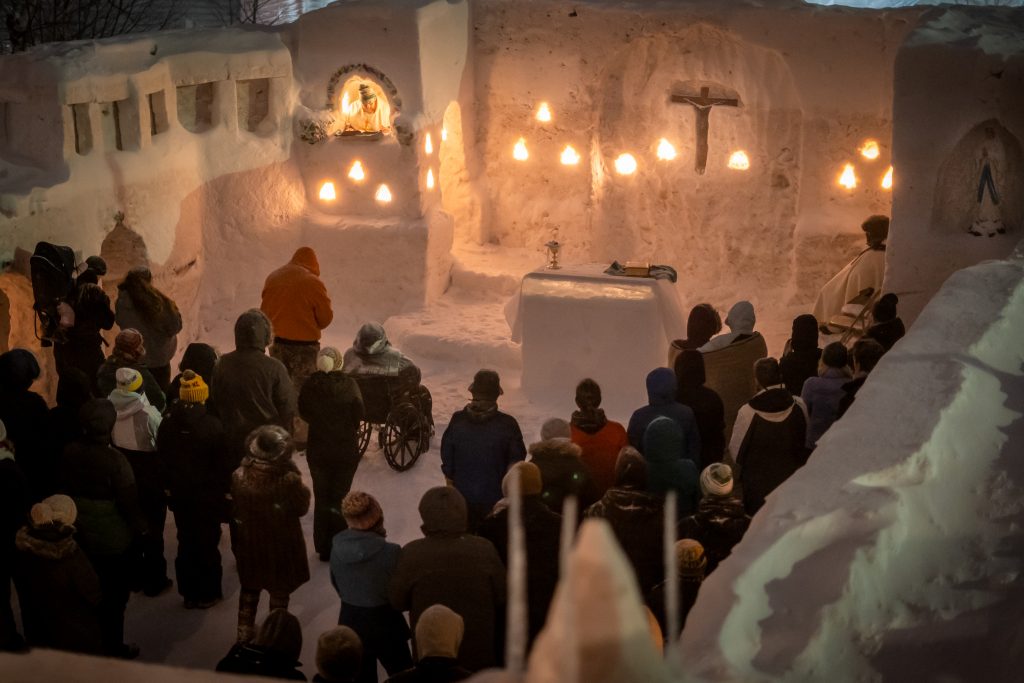 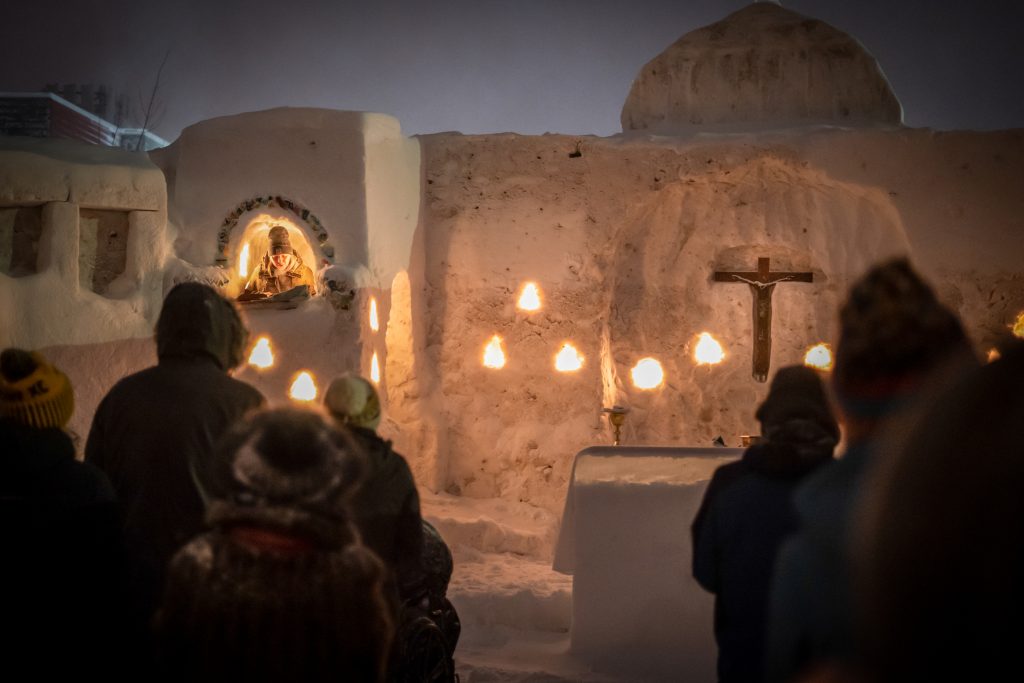 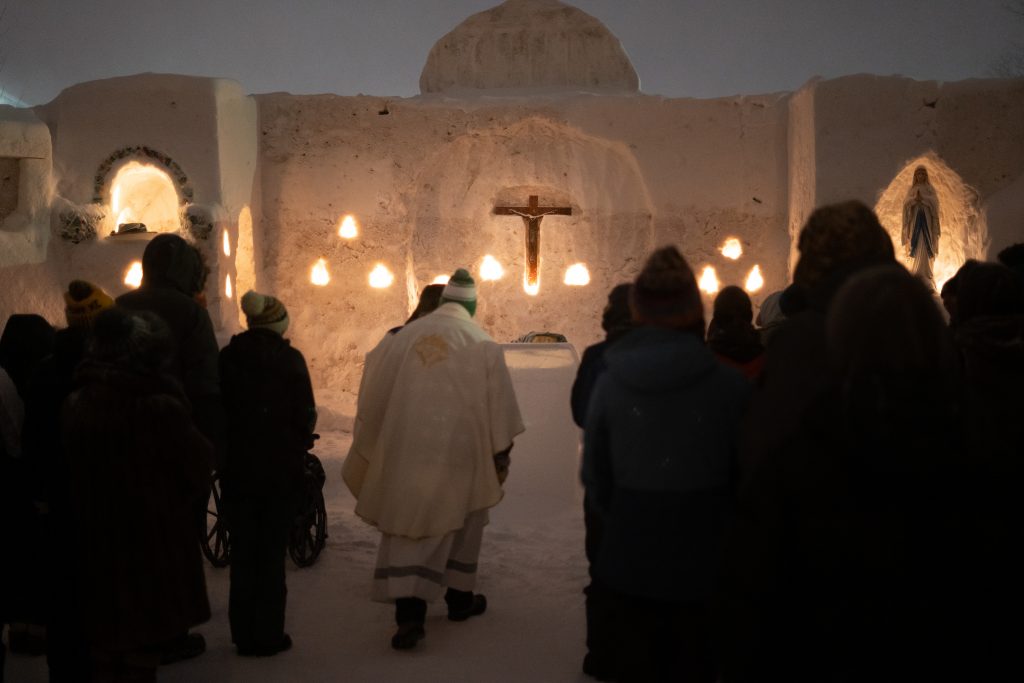 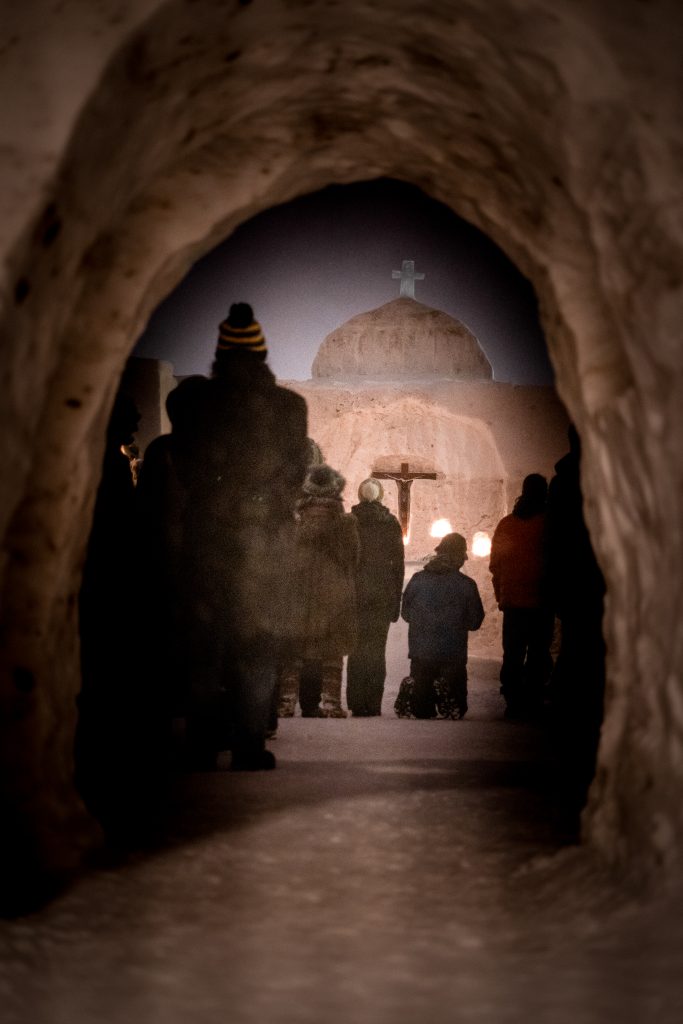 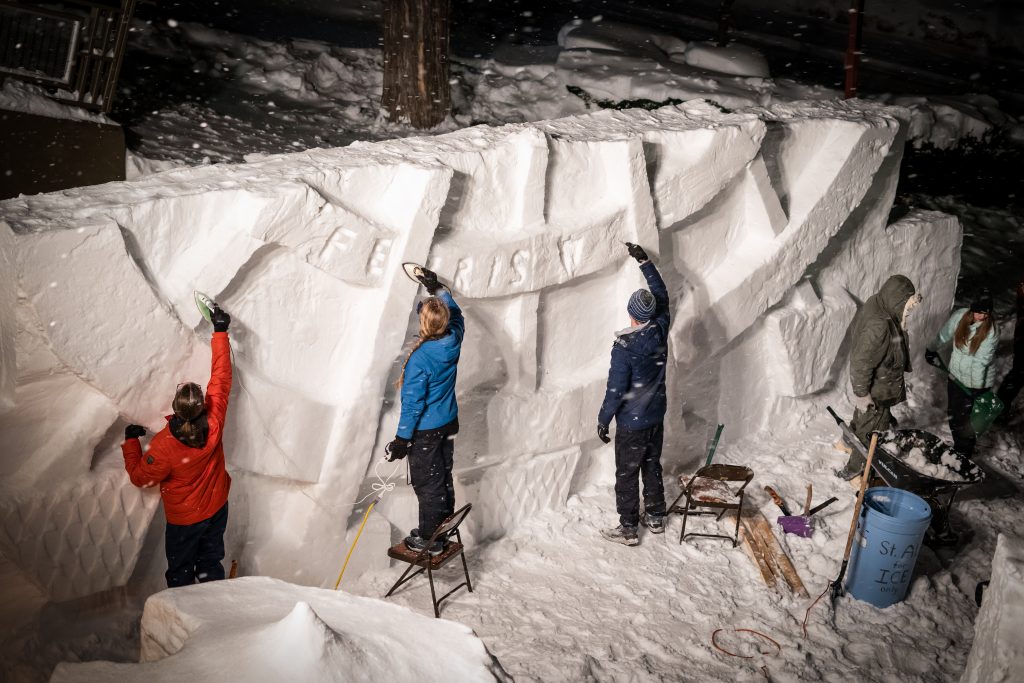 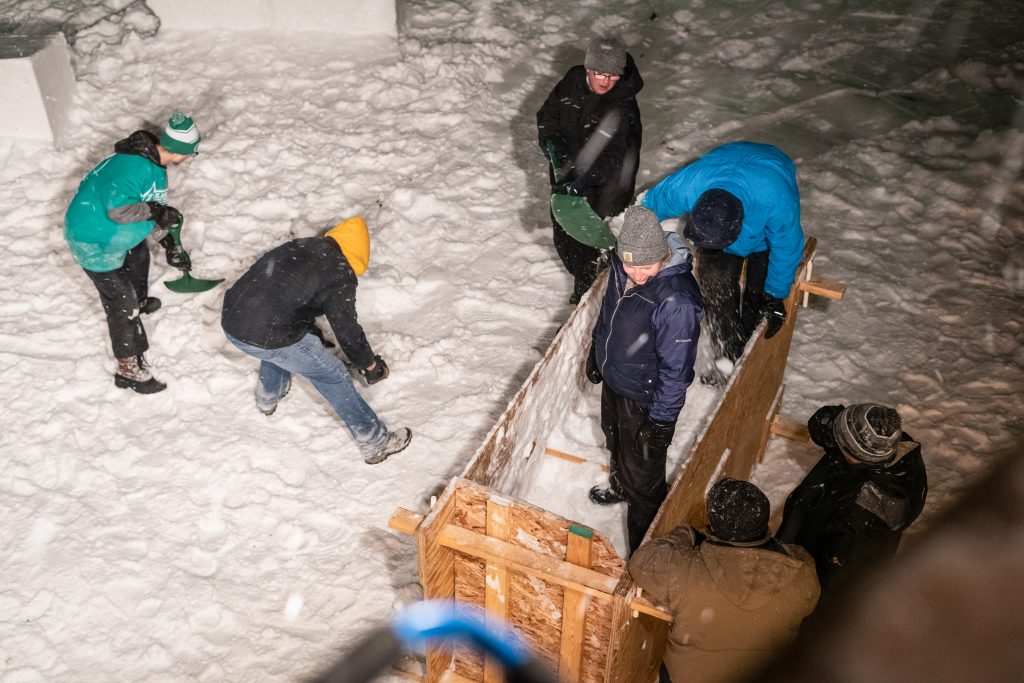 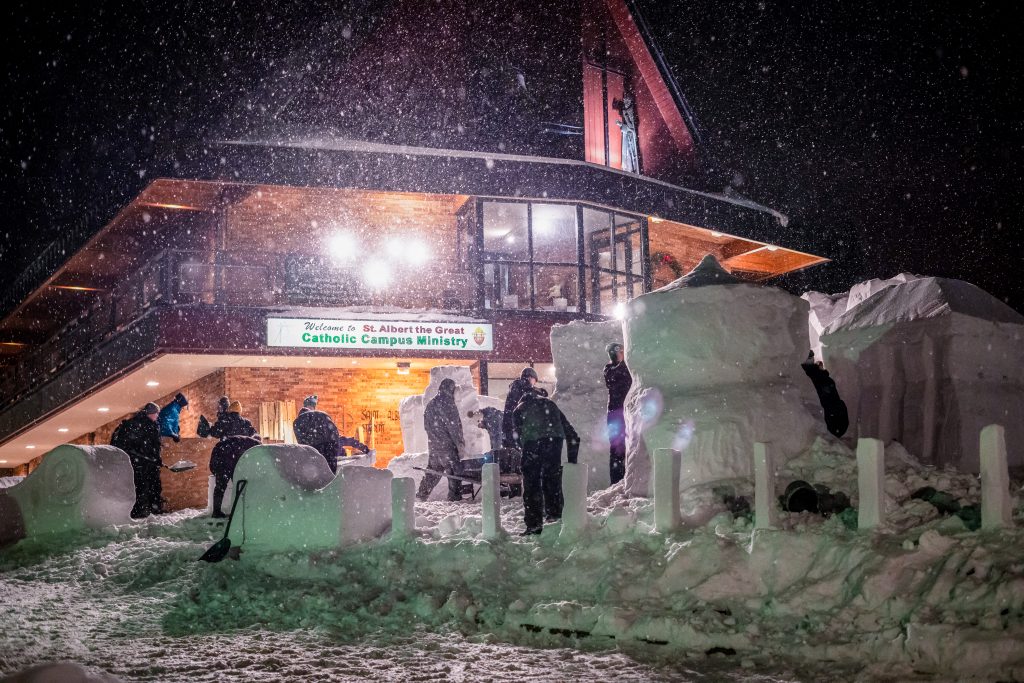 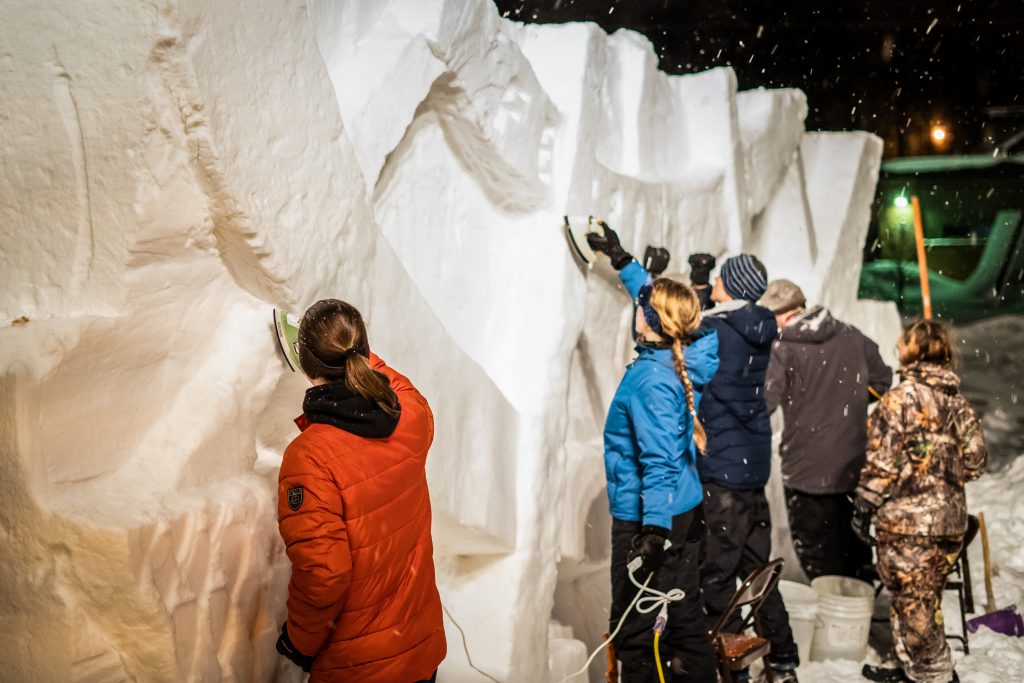 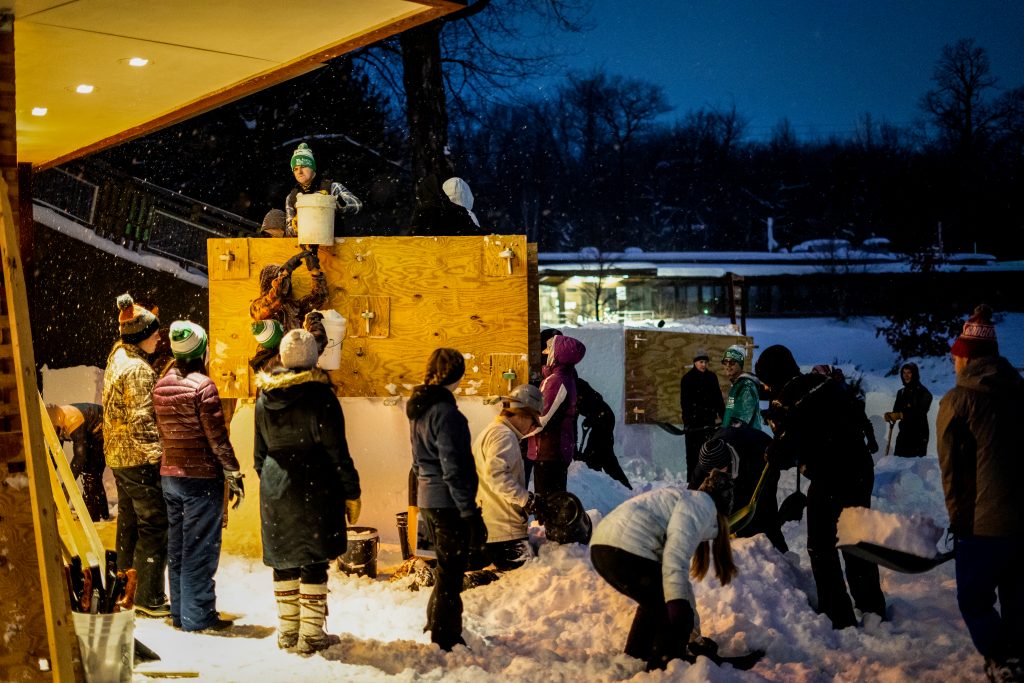 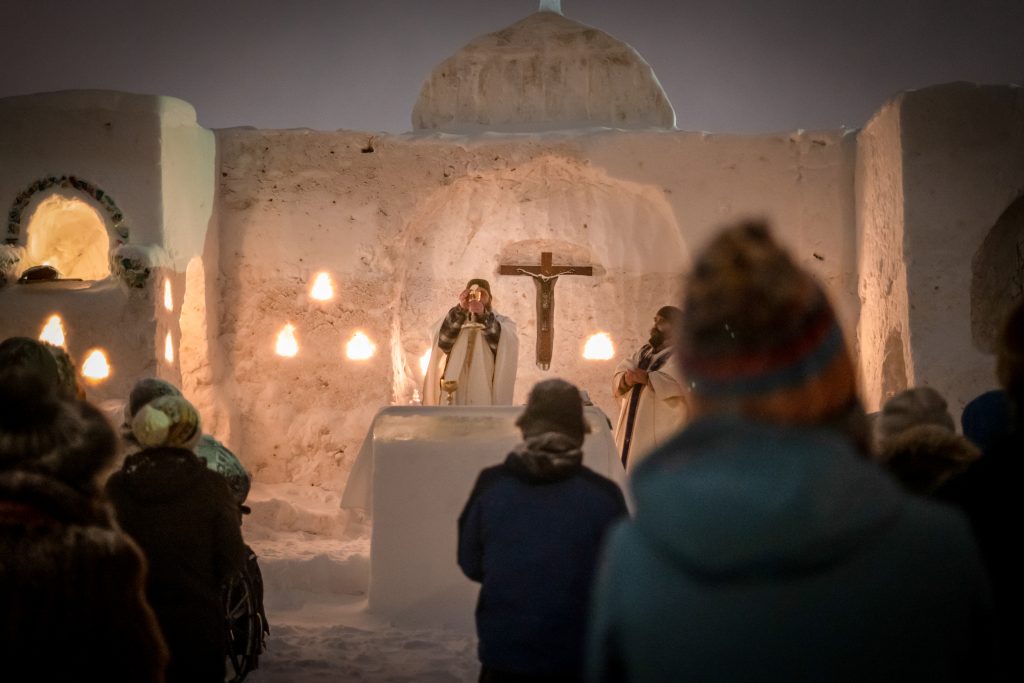 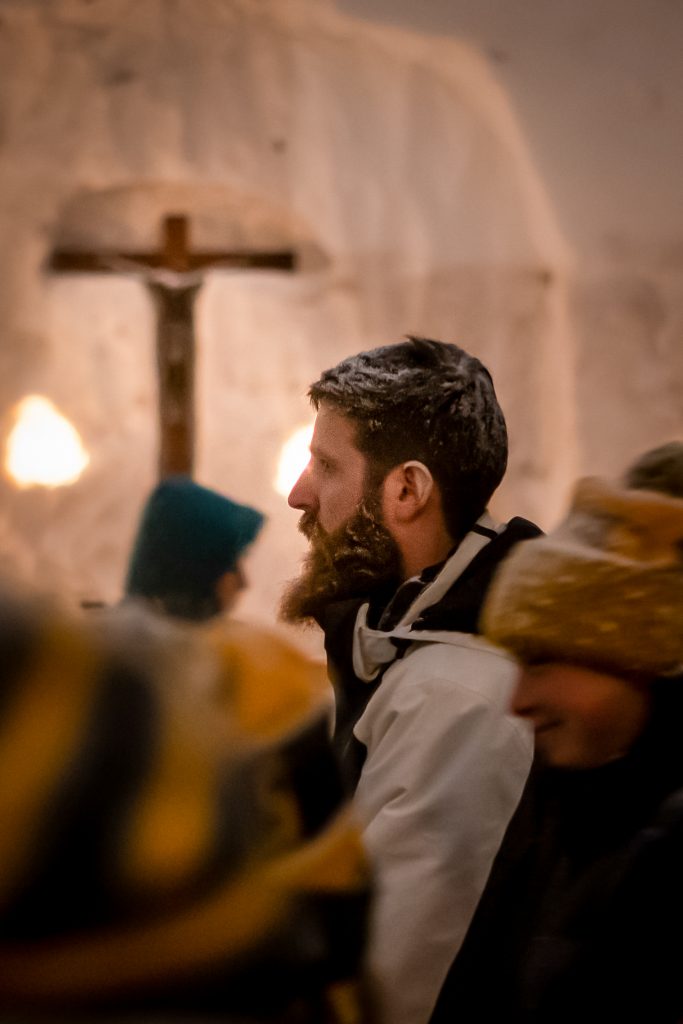