WASHINGTON — In 2012, the Department of Homeland Security initiated the Deferred Action for Childhood Arrivals program for certain undocumented individuals who came to the United States as children and met several criteria. As of June 2019, there were approximately 660,880 DACA recipients. DACA was modeled after the DREAM Act, bipartisan legislation that was initiated more than a decade ago but has not become law. The purpose of DACA was to utilize prosecutorial discretion to provide undocumented persons who were brought to the United States when they were children with temporary relief from deportation (deferred action) and work authorization. The status expires after two years, subject to renewal.

Why should we protect DACA youth?

DACA holders exemplify the extraordinary contributions that immigrants can provide to our nation. These young people have grown up in our country, some even choosing to put their lives on the line to serve our armed forces. These educated, tax-paying individuals are a valuable part of our work force and our communities.

What is the current state of DACA?

The Trump Administration announced termination of the DACA program on Sept. 5, 2017, allowing a one-time renewal for those whose status was set to expire between Sept. 5 and March 5, 2018. The termination has been the subject of litigation and multiple nationwide preliminary injunctions. The injunctions did not allow new DACA applicants to apply for the program and created continued uncertainty for those enrolled in the program. Most recently, on Nov. 12, 2019, the Supreme Court heard arguments relating to the legality of DACA. It is likely that the Supreme Court will issue its opinion in the spring or early summer of 2020. The Supreme Court can either uphold the program or can allow the termination of DACA to occur. 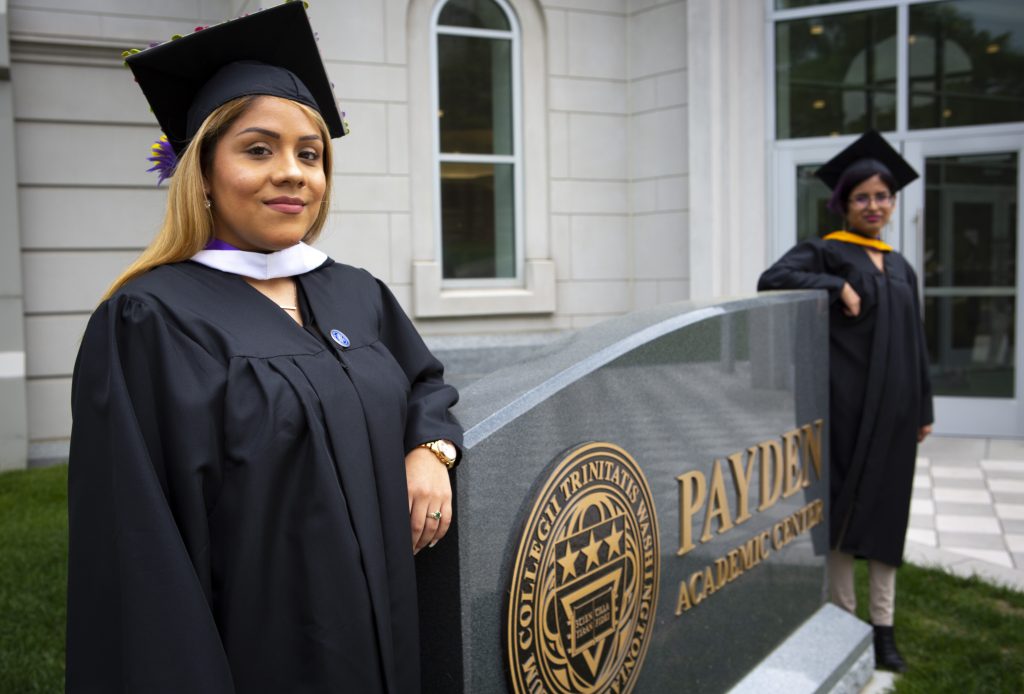 Brenda and Yarely are two of the thousands of Deferred Action for Childhood Arrivals program recipients who are graduating from college this spring in the U.S. They pose for photos wearing their caps and gowns May 10 at Trinity Washington University. (CNS photo/Chaz Muth)

The importance of a legislative solution

While the U.S. Supreme Court deliberates the future of DACA and of DACA youth, it is vital that we encourage Congress to act to provide Dreamers with a path to citizenship. The House passed H.R. 6 on June 4, which provides critical permanent legal protection to DACA recipients and other populations in need of protection. The USCCB’s Committee on Migration Chairman has voiced support for the bill numerous times, issuing a March 15 statement endorsing H.R. 6 sending a letter to each Member of the U.S. House of Representatives in support of the bill.

Although the House has acted on legislation that would support this population, no similar level of action has occurred in the Senate. If the Supreme Court ends the DACA program and there is no legislation that has passed the Senate and the House, DACA youth will face an uncertain future and maybe even deportation and family separation. For this reason, it is imperative we turn our attention to the Senate.

What is our message to Congress?

Support legislation in the Senate, such as S.874, the Dream Act of 2019, which will protect individuals benefitting from the Deferred Action for Childhood Arrivals program, known as Dreamers, by providing a path to citizenship.

Who are the DACA recipients and how many are there?

DACA recipients are undocumented individuals who were brought to the U.S. as children by their parents. Under the DACA program started in 2012, about 660,880 undocumented applied for temporary relief from deportation and for the right to work.

If the Dreamers are in the U.S. illegally, why should we protect them?

DACA holders essentially grew up in the U.S. and many of them remember little, if anything, about where they were born. They are American in everything but immigration status. These young people attend colleges and universities with our own children or siblings, are required to pay taxes, serve honorably in our nation’s armed services and reserves, and worship with us in our parishes.

DACA recipients are among the most “extremely vetted” immigrants in the United States. The government knows they have not previously committed any felonies, knows where they live and work, how much they pay in taxes, and know if they leave the country and return. DACA recipients contribute to the economy and pay for DACA.

What is the status of legislation on DACA?

On June 4, 2019, the House of Representatives passed HR 6, which provides critical permanent legal protection to DACA recipients and other populations in need of protection. If the Supreme Court ends the DACA program later this year and there is no legislation that has passed Congress, DACA youth will face an uncertain future and maybe even deportation and family separation. It is thus imperative that the Senate finds a bipartisan legislative solution to protect DACA recipients that provides a path to citizenship, such as S.874, the Dream Act of 2019. 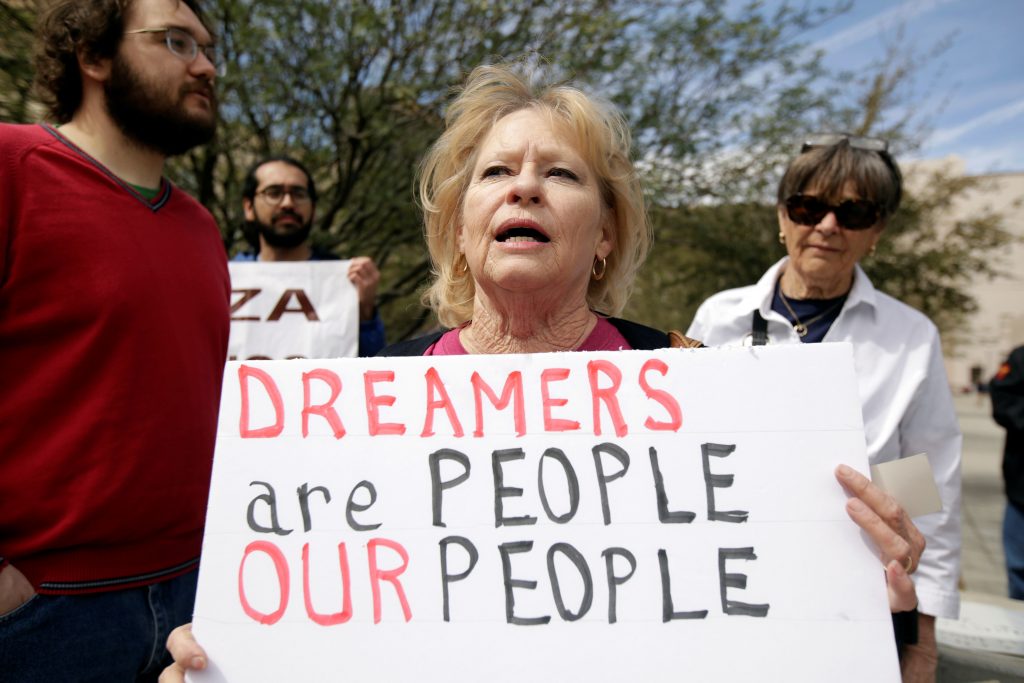 What does the Church and Catholic teaching say about Dreamers?

The United States Conference of Catholic Bishops has long supported Dreamers, and we continue to urge Congress to work with all deliberate speed towards a bipartisan legislative solution that includes a path to citizenship for these youth.

As Catholics, we are taught to care for the foreigner: “For I was hungry and you gave me food, I was thirsty and you gave me drink, a stranger and you welcomed me.” (Mt 25:35). These are our obligations as a Christian people — to care for our neighbor. Let’s remember and live by the teaching in Leviticus 19:34: “The foreigner living with you must be treated as one of your native born. Love them as yourself, for you were foreigners in Egypt.” and urge them to support a legislative solution for Dreamers that provides a path to citizenship, such as S.874, the Dream Act of 2019.

We ask you to engage with your elected officials to voice your support for these young people and call your Senators to find a bipartisan legislative solution during this Congressional session to protect Dreamers that provides a path to citizenship, such as S.874, the Dream Act of 2019.

“Every stranger who knocks at our door Is an opportunity for an encounter with Jesus Christ, who identifies with the welcomed and rejected strangers of every age.” (Mt 25:35-43) — Pope Francis, 104th World Day of Migrants and Refugees

Information provided in January by the U.S. Conference of Catholic Bishops, Department of Migration and Refugee Services.