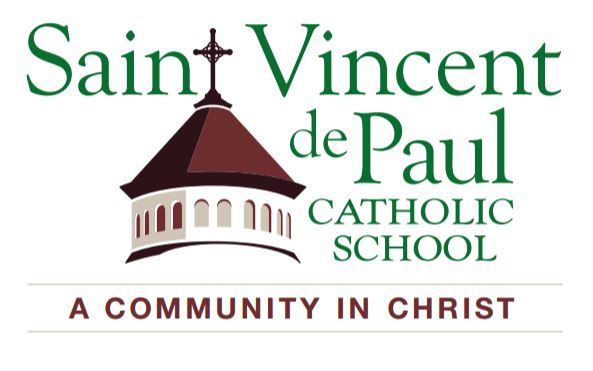 Becky Blevins has been in charge of the Passion Play at St. Vincent de Paul School in Fort Wayne for the last 12 years. Blevins is a sixth-grade teacher at St. Vincent, but her involvement with the play began before she stated teaching at the school.

When her son was in the sixth grade, the Passion Play was being phased out of the school curriculum. Blevins asked the sixth-grade teachers if she, as a parent, could take over the play and have the students volunteer for it, making it an after-school project. She was allowed to take on this role, which she continued until she took a sixth-grade teaching position at the school. With the help of her teaching team, Blevins was able to incorporate the play back into the curriculum.

The Passion Play had become established long before Blevins’ involvement began. Former St. Vincent Music Director Dolores Kleber created the event around 25 years ago. The play, which follows the Stations of the Cross, has gone through some changes, but the message remains the same. Blevins said that more parts have been added “to be more Scripturally based and to allow more students to be involved.”

While the Passion Play has become important to the school curriculum and to the sixth-graders performing the play, it was not always an annual occurrence. A few years back, St. Vincent alternated between the Passion Play performance one year and a school rosary led by the eighth-graders another year. The alternating lasted only a few years and ended when Father Daniel Scheidt, pastor of St. Vincent de Paul Parish, requested that it be performed every year.

Blevins is happy with the play being an annual event because she has seen the impact on her students.

“It’s always a wonderful Lenten journey for both the students and the sixth-grade teachers. The students are always spiritually transformed, and it is just amazing to watch as they study Scripture and bring it to life,” Blevins said.

One of the ways the students have brought the Scripture to life is through incorporating different props and lines into the play. Blevins said she knows that these get added due to “how the Spirit is working in our students.”

One year, a student playing Pontius Pilate asked to include the washing of his hands in the play “because he read it in Scripture and wanted to add its significance.” This year, Aidan Parrish, who plays Barabbas, asked Blevins if he could help make anything for the play. The two came up with the idea of him making an “INRI” sign for the cross.

“It’s beautiful to see the whole grade come together and work so hard on a project,” Blevins said.

Preparing for the Passion Play

The beginning preparations are like those of any play, with the casting of the roles. Blevins asks the three sixth-grade religion classes to take a few days to discern which parts they might be called to play. They write those down in order of their preference. The lists are cut into pieces and placed into envelopes. Blevins does not choose the roles for the students, though. Instead, the Holy Spirit is called upon to choose.

“The sixth-grade teachers really try hard not to be involved in the choosing,” she said. “We have always put it in His hands, and the result is always a success.”

Three people share each role. One student serves as the main actor, while the other two are the understudies. Practices start off in the classrooms, with iPads to guide the students through their scripts. They must memorize their lines after the first week of practice. Blocking is incorporated and props enter the scenes as practice continues. The final sign that the play being ready to be performed is the change of scenery from the classroom to the gym, which happens the week of the performance. Finally, the sixth-graders are prepared to perform for the entire school.

While all eyes are on the stage, another group of sixth-grade students performs another function that’s crucial to the play. The 50 students who were cast as understudies act as the angry crowd and yell their lines from the audience.

“They don’t get much of the limelight, but they deserve a lot of the credit for the emotional atmosphere of the play,” Blevins said.