“I’m really grateful to Father Tom and to all of you for not just your interest in CRS but your willingness to spread the word and to be involved,” Bishop Rhoades told those gathered at the kick-off.

“I do believe we are, as you think of Cain after killing his brother Abel, said to God, ‘Am I my brother’s keeper?’ and, of course, the answer to that is yes.

“Oftentimes we focus so much attention on our immediate community and on our nation,” Bishop Rhoades continued, “which of course is important because there are needy people everywhere. But there’s dire poverty. There are people dying in poor nations of the world. And our responsibility, I think, God will judge us, you know these are our brothers and sisters in the human family.” 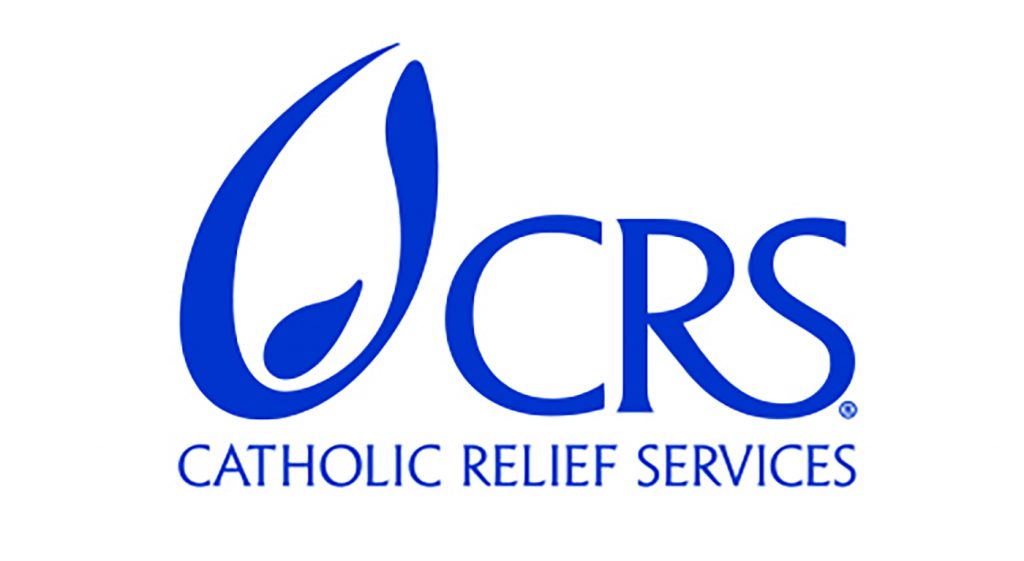 Beth Knobbe, community engagement manager at CRS, also expressed her enthusiasm and gratitude for the new parish chapter. “I’m just so excited to be with all of you tonight as we officially kick off a new CRS chapter at St. Charles Borromeo,” she said. She thanked those who had attended and articulated her hopes that members of the parish would learn about the mission of CRS and be inspired to aid in it.

“We are at a really pivotal moment in history,” Knobbe continued. “Millions of people around the world are experiencing poverty, hunger, violence and other affronts to their human dignity. You may know that there are more people displaced today than at any other time in history. And, for the first time in nearly 20 years, extreme poverty rates are expected to rise as a result of the COVID pandemic.”

Father Tom Shoemaker, pastor of St. Charles Borromeo, shared a story about an interaction he had with CRS in Tanzania 30 years ago. “There had been a drought, there had been a famine. Catholic Relief Services was able to organize relief efforts — that’s not their primary way of operating — but it was needed there.”

Father Shoemaker explained that a priest in Tanzania told him that the relief brought in by CRS was more efficient than government aid because they could use resources already in place, namely parishes and rectories throughout the country to distribute food and other essential goods to those in greatest need. “The people knew one another and knew who was in need and who wasn’t,” he said. The Catholic Church is the largest Christian community in Tanzania.

“I’m just impressed with everything Catholic Relief Services has done over the years.” Sister Genevieve Raupp said at the meeting.

“And with our students,” she continued, “we try to always, every year, do some type of a collection, not Rice Bowl, but we are collecting money, sending to help in one of the many relief areas throughout the world and making the kids in tune to that.”

Knobbe closed her comments, saying “Congratulations on a brand new chapter of CRS at St. Charles Borromeo. I’m excited to journey with you, it’s very exciting.”

High schools and universities within the Diocese of Fort Wayne-South Bend already have relationships with CRS, and St. Charles was the first local parish added to that list.

CRS operates in more than 100 countries throughout the world, working in nearly every country in Africa and Asia especially, but also through Central and South American countries and in the U.S. Mostly CRS is known for their yearly Lenten almsgiving opportunity, the Rice Bowl collection.

They work to assist the poor and vulnerable and carry out the commitment of the USCCB by doing so, as stated in their mission statement: “We are motivated by the Gospel of Jesus Christ to cherish, preserve and uphold the sacredness and dignity of all human life, foster charity and justice, and embody Catholic social and moral teaching.”

For those who wish to contribute to CRS, or to learn more information, visit www.crs.org.