The Militia of St. Joseph, Terror of Demons, finds a stronghold at Sacred Heart Parish, Fort Wayne. According to militia leader Benjamin Becker, the group assembled early this year to “meet the need for a bold, radical, tangible, daily response to what Pope St. John Paul II called the ‘Culture of Death,’ and what Pope Pius X called the ‘Modernism Heresy.’”

“As faithful cardinals and bishops alike will tell you, both beasts admittedly are wreaking tremendous, historic, successful havoc on our world, nation, community, families and even the one, holy, catholic and apostolic Church, with very few lay people actually knowing it or doing much about it,” he continued. 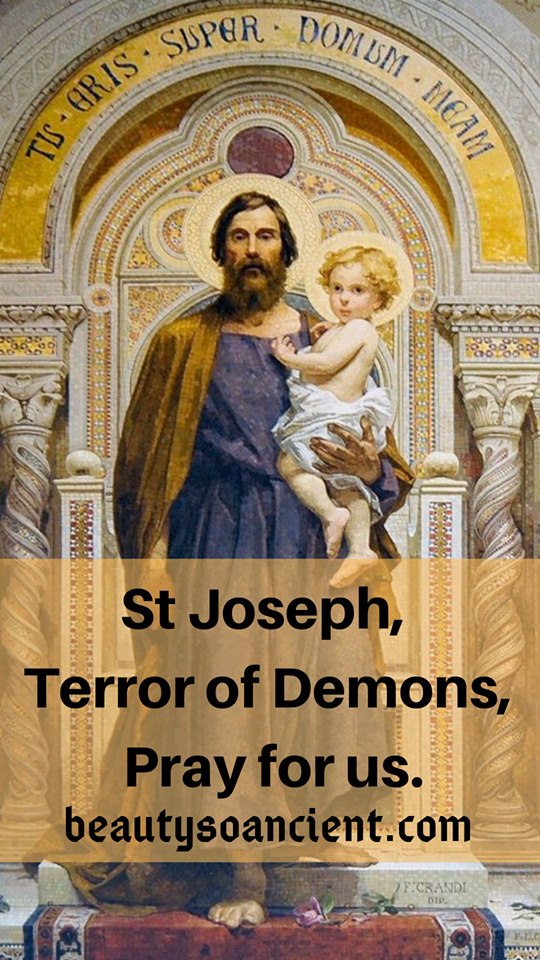 The militia takes its name from Cardinal Raymond Burke, patron of the Sovereign Military Order of Malta. “He was quoted recently saying that we are living in incredibly historic, ‘demonic’ times, and that we must earnestly pray to St. Joseph under his title of the ‘Terror of Demons’ — one of his more notable titles — to powerfully assist us in combating the vast active armies of darkness devouring souls.”

“Like it or not,” Becker added, “this is the state we live in. The only thing we have control over is our response.”

The militia welcomes any Catholic man in good standing with the Church. The men must take an oath and commit to the militia code.

First, militiamen attend daily Mass and receive the Eucharist as frequently as possible; daily is ideal. Next, they say at least one daily rosary for the intentions of the militia. Additionally, members commit to annual Marian consecration, as well as to pursuing sainthood at any cost.

“Talk is cheap. We have to put our money where our mouth is, and we’ll be rewarded beyond our wildest dreams. God has bigger plans for us than we have for us, but we refuse to go receive the key to unlock it, at the altar – the Eucharist,” Becker said.

The founders of the militia were a group of lukewarm, mediocre, average men who were radically changed by receiving the flesh of God, the most holy Eucharist, daily, Becker recalled.

“That was the key: daily. Our lives were transformed,” he said. ”The temptation to sin diminished, and fervor, mission, purpose, clarity of sight and vision emerged with a burning, relentless desire to serve our eucharistic king in this war — in the bloody battle for souls, where the early Church fathers and even Christ Himself tells us, the majority of souls are being lost (Mt 7:14). It awoke a sleeping giant within. It lies within all men.”

The group’s mission is to awaken and assemble an army of men true to their theological identity and who will wage mortal spiritual combat on a daily basis. Members believe that they will grow closer to Christ by frequent reception of the Eucharist and by informing and arming themselves with the sword of Christ’s truth.

“The bottom line is souls saved. Sainthood is the goal — the only option,” Becker said.

The group has grown since its inception. Monthly open meetings are attracting up to 30 men, ages 15 to 75, with word-of-mouth promotion.

The meetings begin with the Latin Mass, which Sacred Heart Parish takes pride in being permitted to offer.

The parish basement serves as a staging area. Following Mass, the militiamen meet there for a pizza dinner and to converse with visitors. Becker welcomes everyone and usually introduces a speaker. At one particular meeting, in June, participants were armed with knowledge of Catholic angelology and spiritual warfare. Next, Nick Curtis talked about strategies to practice true manhood, and pastor Father Mark Wojdelski, briefly outlined the differences between natural and divine revelation.

All interested men are welcome at militia meetings. For more information visit militiasj.com or text Becker at 260-619-1373.