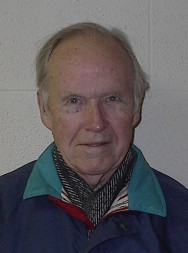 FORT WAYNE — Father William Peil, 88, died on Saturday, July 13. He was a priest of the Diocese of Gary for 59 years and before that for seven years in the Diocese of Fort Wayne-South Bend.

Father Peil and his brother, Father Daniel Peil, were among six sets of brother-priests at the time of the formation of the Diocese of Gary. Father Daniel Peil ministered in the Diocese of Fort Wayne-South Bend. Father William Peil had been an assistant pastor in the western part of the diocese and then was assistant pastor and pastor of several parishes in the Gary diocese.

He was the author of the book, “Teen-age Spirit,” and a number of articles in newspapers and magazines, along with seven booklets on Christian living entitled, “The Rainbow Series.”

After retirement, Father Peil spent seven years as a priest in residence at St. Patrick Parish, in Terre Haute, and then moved back to Fort Wayne, where he provided assistance in parishes when needed. He published A Tract for Our Times, his monthly reflection of current issues, and occasionally contributed commentary pieces to Today’s Catholic newspaper.

Survivors include three nephews, a niece, and numerous cousins. A Mass of Christian Burial was July 18 at St. Jude Church, Fort Wayne, with Father Lawrence Moran officiating. Burial was in Catholic Cemetery.