Broadcasters love to report on “medical breakthroughs,” but the Catholic radio station serving the Diocese of Fort Wayne-South Bend has made a breakthrough of its own — spreading new insights nationwide to listeners who connect faith and physical health.

“Doctor, Doctor” — a weekly radio program and podcast birthed at Redeemer Radio and aired on the station’s Fort Wayne and South Bend frequencies since early 2018 — makes its debut on The Eternal Word Television Network across the country this month. Its slot in the schedule is every Saturday at 11 a.m. Eastern.

The show’s lively format features three locally based doctors interviewing guest experts on an array of important subjects where bodily well-being and spiritual principles intersect. EWTN’s decision to add the Redeemer Radio production to its radio lineup in 2019 recognizes the program’s growing popularity and its authoritative voice, uniting Church insights with compelling issues of life, death and everything in between. 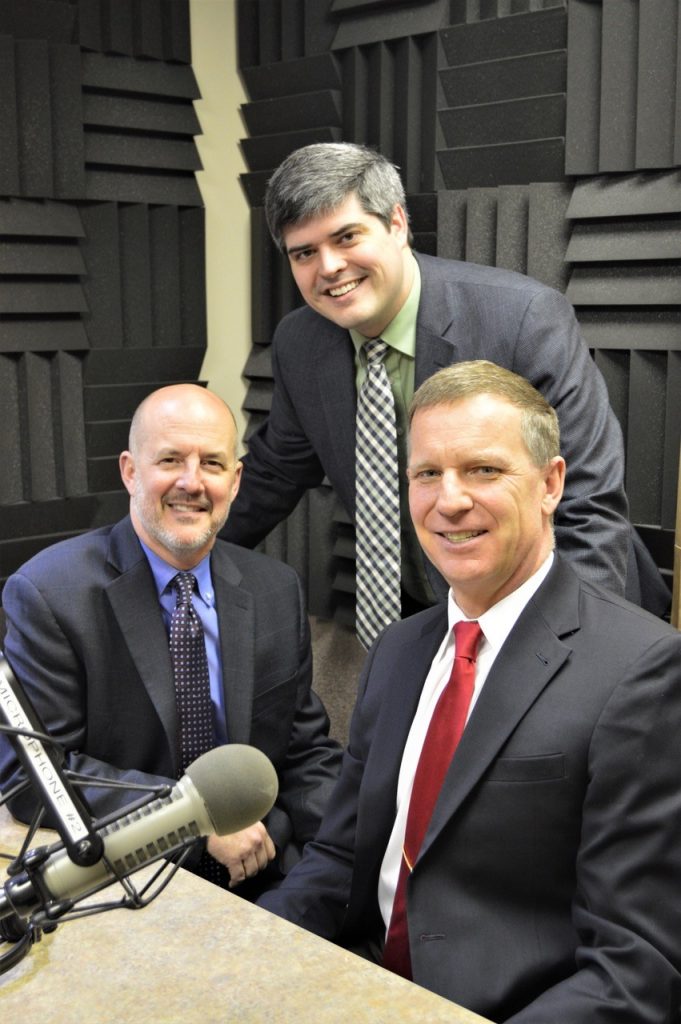 Cindy Black, executive director of Redeemer Radio, has assisted the physicians developing “Doctor, Doctor.” She calls the hourlong presentation — aired twice a week and available on demand as an archived podcast — an exemplar of the new evangelization.

“Our host-doctors explore health issues from an authentically Catholic perspective that affirms the truth and dignity of every human person,” Black said. “Drawing on current medical data, each episode demonstrates the convergence of faith and reason. By examining the complexities of the human body and soul together, listeners can encounter the God in whose likeness we are made.”

The regular co-host is Dr. Thomas McGovern, whose extensive experience treating facial skin cancer incorporates pathology and reconstructive surgery. Practicing independently at Fort Wayne Dermatology Consultants, he was the founding president of the local guild, or chapter, of the Catholic Medical Association and has served on the association’s national board for several years.

Both co-hosts also are involved in the Catholic Medical Association — Stroud as current president of the local chapter, the Dr. Jerome LeJeune Catholic Medical Guild, and Mullally as the CMA’s state director for Indiana. The national association in 2018 year recognized “Doctor, Doctor” as its official radio program.

A radio and podcast outreach fits well with the CMA’s mission of “promoting authentic Catholic health care,” according to McGovern. He organized CMA networking opportunities with other national apostolates when the U.S. Conference of Catholic Bishops hosted a “Convocation of Catholic Leaders” for the new evangelization two years ago.

A meeting organized with CMA members and Catholic radio executives during the Orlando convocation, attended by McGovern, Mullally and Black, gave birth to the idea for “Doctor, Doctor.” Black offered the studios and experience of Redeemer Radio to facilitate next steps.

McGovern recalled that the program’s name emerged when McGovern and Mullally entered the convocation site wearing white coats and an attendee held the door for them, nodding and saying, “Doctor. Doctor.”

According to McGovern, “Andrew and I looked at each other and said, ‘That’s it. That’s the name for our new show!”

“We wanted to engage the culture,” McGovern said of the CMA’s interest in media and public affairs — a faithful zeal that has increased as the organization itself has seen membership surge 5 percent-10 percent annually in recent years. 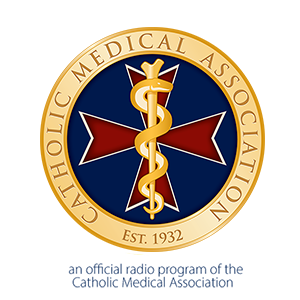 The CMA wants to help all audiences understand that “Catholic medicine is more than just ‘saying no’ to certain issues at the beginning and end of life,” McGovern said. “Our faith infuses everything” because seeing health care through a Catholic lens encompasses concerns about human dignity, the whole person, the common good, truthful integrity and principles of the Church’s social teaching.

He said the CMA also wants to help support doctors, nurses, students and various practitioners and assistants defend their understanding that a Catholic approach “is very different from the typical principles in use in medicine today.”

Moreover, Mullally pointed out the show’s important assertion that “faith and medicine are intimately related and not opposed to each other, as secular influences would have you believe.”

McGovern said his service on the CMA national board helps him identify a range of hot topics and leading experts for “Doctor, Doctor.” Discussions planned for shows that start airing nationally this month include the physician burnout epidemic and its implications for patients; treatment and understanding of attention deficit hyperactivity disorder; the social effects of hormonal contraception on women and men related to dating, romance and marriage; and a congressman’s proposal to promote price transparency and hospital competition in health care reform.

The breadth of conversations resonates beyond those with Catholic values, McGovern said. “A lot of secular listeners would probably be interested, too.”

Andrea Serrani, the Redeemer Radio producer who has helped oversee the program’s growth, said the audience response to both the local broadcasts and the archives, accessible anywhere via podcast providers, has been robust.

“It’s the most downloaded and subscribed show on Redeemer Radio and has the furthest reach already,” Serrani said.

Radio broadcasts are an evangelizing awareness-builder about the global availability of the wide-ranging recordings, McGovern said. All the components for last year’s successful launch — and the new potential from more than 380 EWTN affiliate stations — came together through people and organizations in the Diocese of Fort Wayne-South Bend. A vibrant presence of the Catholic Medical Association helped make that possible, he said; this is one of the few dioceses in the United States with two chartered chapters, encompassing the St. Andre Bessette, C.S.C., Catholic Medical Guild in South Bend.

One more message likely to be spread by “Doctor, Doctor” is the spiritual nature of informed, empowering conversations. No one is served well when “the myth of moral neutrality” limits discussion, on the air or in person, McGovern said. “Every conversation between a doctor and a patient is a moral conversation.”