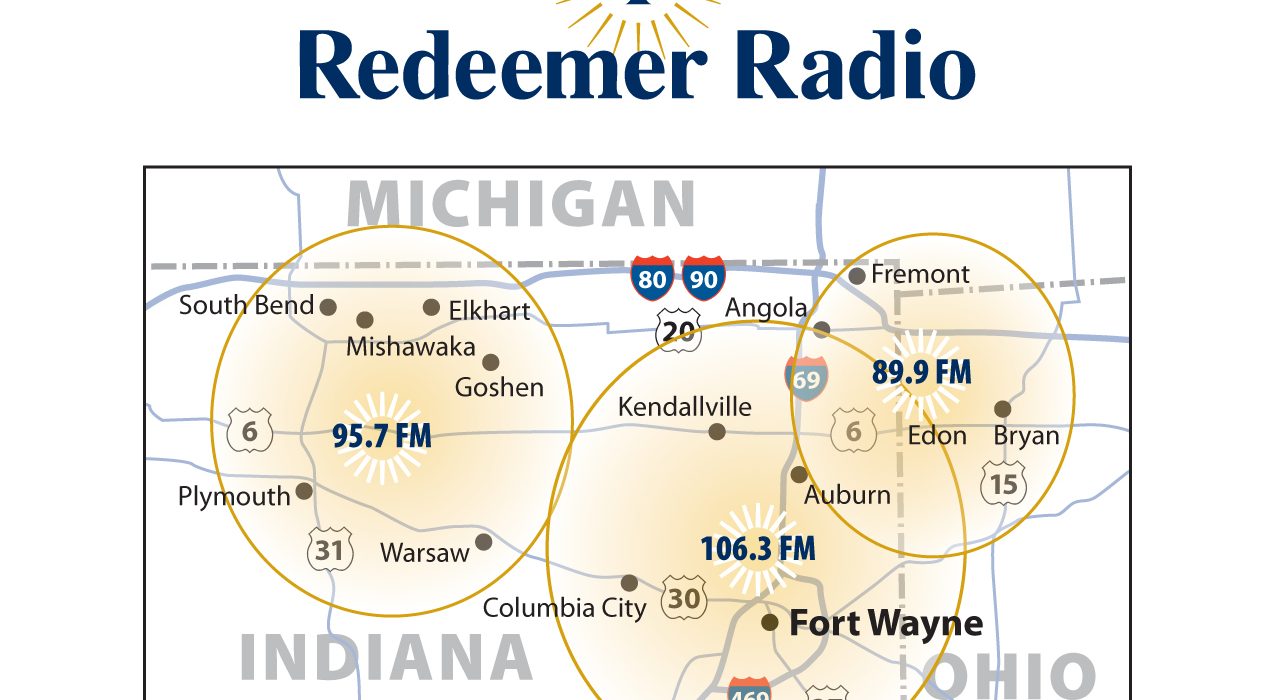 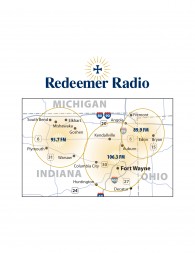 This map shows the coverage area that will be offered by Redeemer Radio’s network of stations.

SOUTH BEND — Redeemer Radio, a nonprofit Catholic Radio apostolate in the Diocese of Fort Wayne-South Bend is pleased to announce that it has entered into an agreement to purchase 95.7 FM a regional station covering the entire Michiana area. Redeemer is purchasing WAOR, 95.7 FM licensed to Bremen from Talking Stick Communications for an undisclosed price.

In announcing the purchase Dave Stevens, executive director of Redeemer Radio, said, “Redeemer Radio Michiana will be a local Catholic radio apostolate. We will have local offices and staff, and focus on serving the greater Michiana area — explaining and promoting the Catholic faith and thus seek to change lives. Listeners will hear about events and information from their parishes and area priests, and they will be able to listen to local and national speakers who inspire and teach about the faith. As a 501C3 nonprofit, we’ll promote other Catholic nonprofits and many pro-life organizations free of charge.”

Talking Stick Communications CFO John Lapehn said of the agreement, “as hard as the decision was to sell 95.7FM, we are very pleased that the station will be owned by such a local community oriented organization. In the last several months we’ve learned of the effective work and tremendous growth that Redeemer Radio has had in the Fort Wayne area over the last eight years and we are glad we can help them expand their footprint throughout the entire diocese.”

Talking Stick Communications will retain the call letters WAOR. The sale is subject to FCC approval, which is expected in 90 to 120 days. Both organizations have also signed a local operating agreement, which would allow Redeemer Radio to begin operating 95.7 FM prior to final regulatory approval. Future operating plans under that agreement will be announced soon.