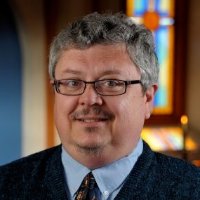 Anyone who bemoans the prevalence of bad news in today’s media and feels a need to focus on truths that can bring people together will find hope in Pope Francis’ message for World Communications Day, observed on May 24.

Pope Francis, writing the Church’s 54th annual message for this day of outreach established by the Second Vatican Council, has called Catholics to become better storytellers. Enlightened by God’s redemptive role in our lives, we can help to counter manipulative, distracting, and demeaning narratives that polarize society, he said.

Facing the challenge “not to lose our bearings,” the Holy Father urged efforts to seek out and share “stories that help us rediscover our roots and the strength needed to move forward together.” Many influential voices tend to dismiss principles of human dignity and the other bonds that hold people together, so Catholics rooted in loving relationships with Jesus must pass along their witness to “the untold story of heroism in everyday life.”

This message for the 54th World Communications Day was previewed and posted online on Jan. 24, the feast of Saint Francis de Sales, the patron saint of journalists and Catholic communicators. The pope has used his 2018 and 2019 messages — as well as portions of other official documents and homilies — to become one of the most vocal world leaders probing the personal roots of current breakdowns in solidarity.

He has cited “fake news” in journalism, exclusionary outrage in social media, and young people’s immersion in the artificial realities of  “digital culture” among those roots.

The relatively short World Communications Day document emphasizes that good impacts from Catholics’ testimonies must arise out of strong, personal relationships with Jesus Christ as He interacts with His people. Jesus was  “the quintessential story-teller” of the New Testament, conveying parables relevant to His audiences.

Another model of truth-based storytelling is Mary, to whom Pope Francis devotes a prayer at the conclusion of his message. Reflecting his devotion to Mary as the “Undoer of Knots,” he writes, in part:

“You wove the divine Word in your womb, you recounted by your life the magnificent works of God. Listen to our stories, hold them in your heart and make your own the stories that no one wants to hear. Teach us to recognize the good thread that runs through history. Look at the tangled knots in our life that paralyze our memory. By your gentle hands, every knot can be untied.”

To drive home the point that the joint storytelling mission relies on an honest, interactive awareness of Catholics’ religious identity, the Pope said Catholics need to be bound together or “clothed” in stories of the Lord’s love. He points out that “the human capacity to “weave” (“texere” in Latin) provides not only the word “textile” but also “text.”

Too many stories imbedded in the media’s tsunami of information are false, hateful and destructive to the social fabric, he wrote.

The call for more constructive storytelling brings to mind the Liturgy of the Word celebrated  at Mass and to the presence of various Catholic apostolates, such as the Church’s schools and numerous series of online videos, podcasts, and blogs.

It also harks back to a mini-documentary produced by Bishop Robert Barron about renowned Catholic writer Flannery O’Connor. In a trailer for that film, Barron said O’Connor wrote about deeply flawed people. But she showed God’s ability to break through and transform situations.

“By being a story-teller in the full, rich, integral way, following the rules of story-telling,” Barron said, “she was giving glory to God.”