GARY — Pope Francis announced Nov. 26 that he has selected Msgr. Robert J. McClory, a priest for the Archdiocese of Detroit, to serve as the fifth bishop of the Diocese of Gary. Bishop-elect McClory was introduced to the clergy, faithful and public the same day at a 10 a.m. press conference by Bishop Emeritus Dale Melczek and Father Michael J. Yadron, diocesan administrator for the Diocese of Gary. 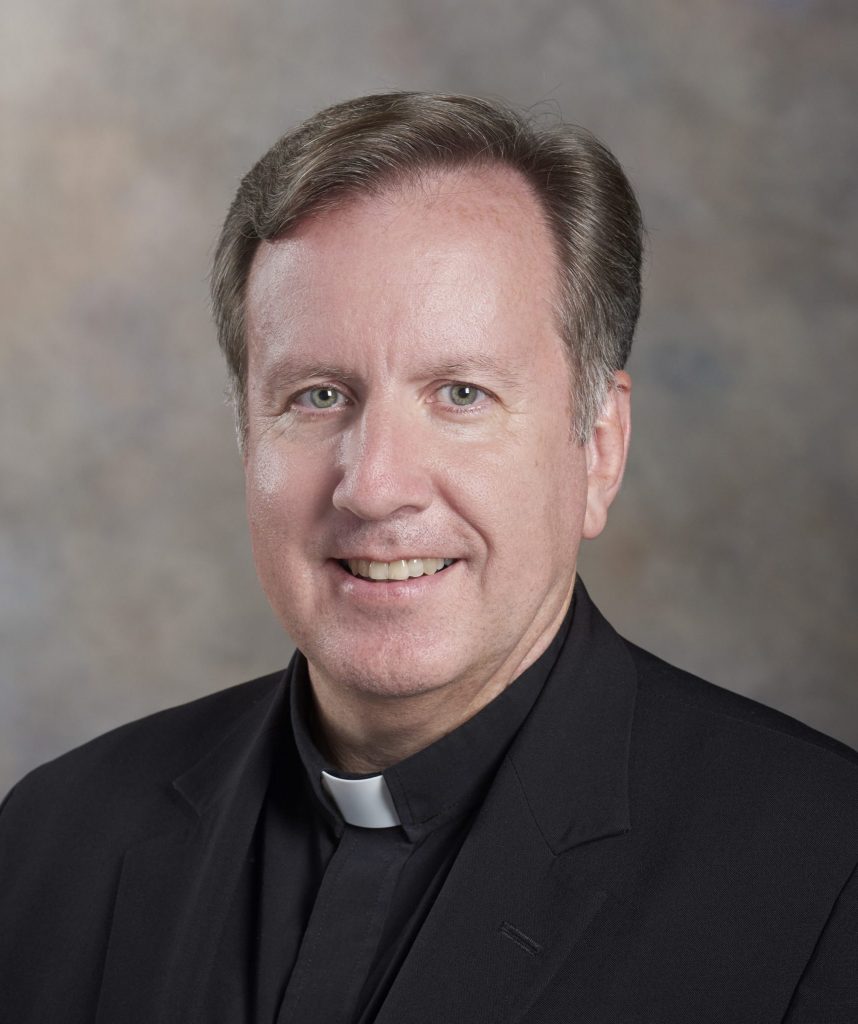 Provided by Diocese of Gary
Bishop-elect Robert J. McClory, 56, has served the Archdiocese of Detroit since his ordination to the priesthood in 1999. His ordination and installation as the fifth bishop of Gary is scheduled for the feast of our Lady of Lourdes, Feb. 11.

Bishop-elect McClory, 56, has served the Archdiocese of Detroit since his ordination to the priesthood in 1999. He was ordained a priest by Cardinal Adam Maida on May 22, 1999. His ordination and installation as the fifth bishop of Gary is scheduled for the feast of our Lady of Lourdes, Feb. 11.

Bishop-elect McClory currently serves as the pastor and rector of the National Shrine of the Little Flower Basilica in Royal Oak, Michigan. He also serves on the Archdiocese of Detroit Episcopal Council, College of Consultors and Priest Assignment Board. As a part-time faculty member at Sacred Heart Major Seminary graduate school of theology in Detroit, he has taught Introduction to Canon Law, Sacramental and Ecumenical Law, and the Theology and Law of Marriage.

Previously, Msgr. McClory served as the vicar general and moderator of the curia of the Archdiocese of Detroit. In that capacity, he was the chief of staff for Archbishop Allen H. Vigneron in coordinating the central offices of the archdiocese. Prior to becoming moderator of the curia, Msgr. McClory served as chancellor of the Archdiocese of Detroit, administrative secretary to Cd. Maida, and as an associate pastor at St. Isidore Parish, Macomb Township and St. Therese of Lisieux Parish, Shelby Township. He has been a weekend associate at Our Lady of the Lakes Parish, Waterford; St. Blase Parish, Sterling Heights; and St. Andrew Parish, Rochester, all of Michigan. Prior to his assignment at the National Shrine, he served as pastor at Presentation/Our Lady of Victory, Detroit.

Bishop-elect McClory studied philosophy at Sacred Heart Major Seminary, Detroit. He was then sent to the Pontifical North American College in Rome, where he earned a bachelor’s degree in sacred theology in 1998 from the Pontifical Gregorian University. Then-Father McClory completed his advanced graduate degree in canon law at the Pontifical University of Saint Thomas Aquinas in Rome in 2000.

Prior to entering the seminary, Msgr. McClory earned a Bachelor of Arts degree in political science and communications from Oakland University, a master’s degree in public policy and administration from Columbia University and a law degree from The University of Michigan.

“I am honored and humbled that the Holy Father has appointed me as the bishop of Gary,” said Bishop-elect McClory. “During this week in which we celebrate Thanksgiving, my heart is full of thanksgiving that he has entrusted me to serve the people of Northwest Indiana. I look forward to getting to know the needs of our local Church and, together, sharing the Good News of Jesus Christ.”

“Here in Msgr. McClory’s home diocese, he is recognized as a zealous priest who generously devotes all the talents God has blessed him with to the ministry of spreading the Gospel,” said Detroit Arbishop Vigneron. “The pastors and people of the Church of Gary will find themselves blessed by his service. We, the priests, religious and faithful of the Archdiocese of Detroit send him on mission with our heartfelt prayers.”

“I was filled with great joy when I heard the news of Msgr. McClory’s appointment. He is very gifted and very close to the Lord,” said Bishop Melczek. “We are greatly blessed to have his leadership. He is exactly what the Diocese of Gary needs to lead us deeper in our relationship with the Lord.” “What I know of Msgr. McClory’s pastoral and administrative skills and experience, clearly he will offer wisdom, insight and vision as he leads the Diocese of Gary as its fifth bishop,” said Bishop Donald J. Hying, the fourth bishop of Gary. “I’m particularly pleased that he was instrumental in leading and implementing the pastoral synod of the Archdiocese of Detroit. He is uniquely poised to continue to build on Gary’s 2017 Synod.”

Father Yadron, who has served as administrator for the Diocese of Gary since Bishop Hying was appointed to the Diocese of Madison, was elated to receive a call from the Papal Nuncio. “I was delighted to hear that our Holy Father, Pope Francis, assigned Msgr. McClory to the diocese,” said Father Yadron. “I’m impressed with his excitement and his vision. He is going to be warmly embraced.”

The diocese covers 1,807 miles, including Lake, Porter, LaPorte and Starke counties in northwestern Indiana. The mother church of the diocese is Cathedral of the Holy Angels in Gary.

The population of the area is 786,500; the Catholic population is estimated to be 168,500. The diocese comprises 64 parishes, seven hospitals, two colleges, three high schools, one private high school and 17 elementary schools.