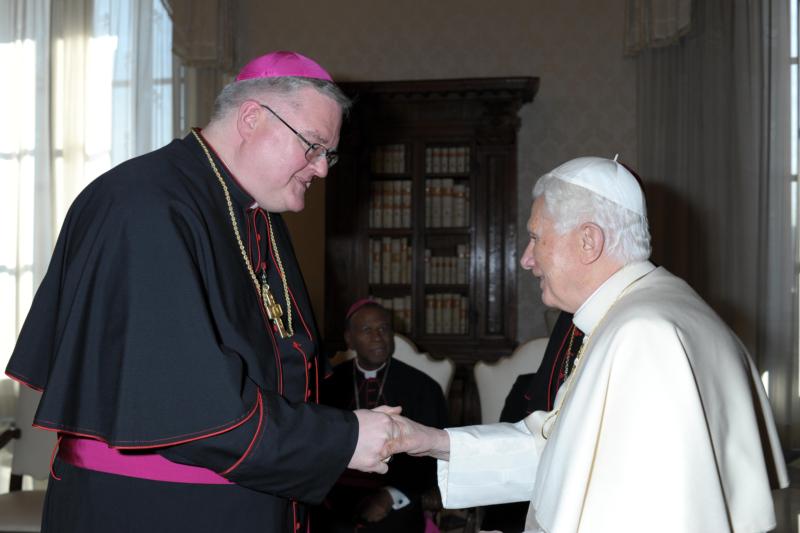 WASHINGTON (USCCB)—Pope Francis has named Bishop Joseph M. Siegel, up until now Auxiliary Bishop of Joliet, as the new bishop of Evansville, Indiana.

The announcement was publicized in Washington on October 18 by Archbishop Christophe Pierre, apostolic nuncio to the United States.

Bishop Siegel was named Auxiliary Bishop of Joliet, Illinois, by Pope Benedict XVI on October 28, 2009 and was ordained a bishop on January 19, 2010 by Bishop Peter Sartain.

He was born in Lockport Township on July 18, 1963 and is the youngest of nine children. He attended St. Meinrad Seminary, Indiana, where he completed his college education.  He was then sent to the North American College in Rome (1984-1988), attending the Gregorian and Angelicum Universities.

Bishop Siegel was ordained a priest for the Joliet Diocese in 1988 and then completed his Licentiate in Sacred Theology at the University of St. Mary of the Lake, Mundelein, Illinois.

Bishop Siegel has served as a member and chairman of the Presbyteral Council and was appointed to the Diocesan Board of Consultors. He also served as director of Continuing Formation for Priests, a member of the Diocesan Vocation Board, the Priest Personnel Board and Dean of Eastern Will County.

At the Catholic Conference of Illinois, he served on the Executive Committee and was chairman of the Catholics for Life Department. He chaired the Steering Committee for the Joliet Diocesan Year of the Eucharist and Eucharistic Congress and has been a member of the Bishops’ Respect Life Advisory Board. He is a Fourth Degree Knight of Columbus and a member of the Knights of the Holy Sepulchre.