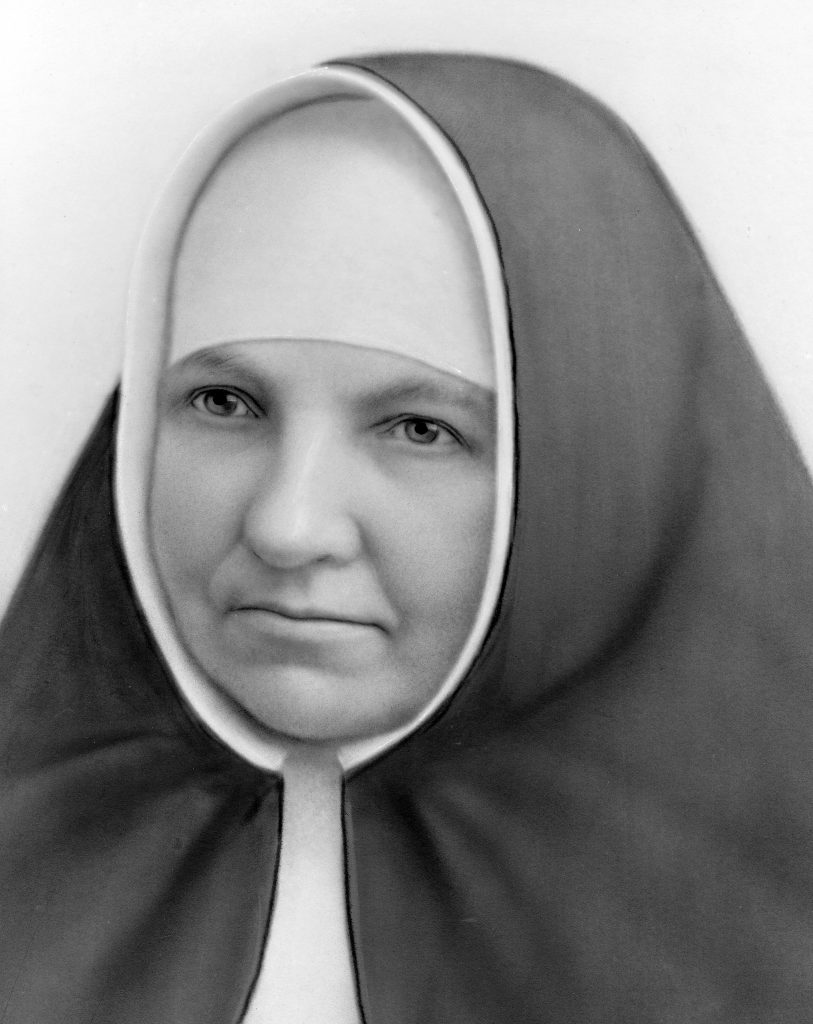 Pope Francis has announced plans to canonize Blessed Mother Mary Catherine Kasper, foundress of the order of the Poor Handmaids of Jesus Christ.

On March 6, the Vatican announced that Poor Handmaids of Jesus Christ foundress, Blessed Mother Mary Catherine Kasper, (or Maria Katharina, as she is known in German) will be recognized as a saint.

Born in Dernbach, Germany, young Catherine Kasper’s trademark was putting others first; she was always ready and willing to serve those in need. She established the Poor Handmaids of Jesus Christ in 1851.

Today the Poor Handmaids of Jesus Christ has a presence in Brazil, England, Germany, India, Kenya, Mexico, the Netherlands, Nigeria and the United States. In the U.S., the order’s motherhouse is located in the Diocese of Fort Wayne-South Bend in Donaldson, just outside Plymouth.

“As a province, I think we are especially inspired by Catherine Kasper because we are so aware that the American sisters held a special place in her heart,” Sister Diltz said. “She always wanted to come visit here, but her health and other matters always prevented that.”

Though Mother Kasper was not able to travel to the U.S., the North American province does have a pair of her shoes at the Donaldson motherhouse. The shoes serve as a reminder to the sisters of her submission to God’s will.

“We smile and say that the closest Catherine came to (the) U.S. is that we have her shoes — very simple, well-worn, interchangeable on her feet to equalize wear,” she said. “Her shoes represent for us how she walked God’s ways always with simplicity and trust.”

In a reflection during a Mass the day after Pope Francis announced Mother Kasper’s canonization, Sister Judith Diltz spoke of her humility.

“This is a woman who from heaven would … if she could, demur and defer the title saint to someone else,” she said. “… that she accepts it only as the will of God. What better test is there for deserving the title? She is (a) living demonstration of Jesus’ admonition for anyone who wishes to be first, they shall be the last of all and the servant of all — and models that to us.”

“Catherine’s feet were on the ground, but her heart was with God always,” Sister Kirchhoff explained.

Located on the property of the motherhouse in Donaldson, the sisters’ Catherine Kasper Life Center is an independent living and licensed nursing home. Caring for the elderly is one of the sisters’ many ministries. Others include education, child care, social work and parish outreach.

While a specific date for the canonization has not yet been announced, the Poor Handmaids of Jesus Christ are making plans for how they will celebrate it, both in the U.S. and abroad, in Rome, where the formal canonization will take place.

“… certainly, a number of us sisters will attend the canonization in Rome along with others in our spiritual family, co-workers, family members, (and) friends,” Sister Diltz said. “We know many will want to visit Dernbach, Germany, Catherine’s home village, too … And we’ll mark the canonization with (a) special celebration here in the U.S.A. for those who won’t be traveling.”

The announcement of Blessed Mother Kasper’s canonization comes during another celebration for the Poor Handmaids of Jesus Christ.

“We are currently in the midst of celebrating 150 years of the Poor Handmaids of Jesus Christ’s presence in the United States this year,” Sister Diltz explained. “We are having special Eucharists, prayer services, panel presentations, exhibits and talks to mark this 150th anniversary — so this provides us with an extra-special reason to celebrate even more.”

Blessed Mother Kasper is one of 13 individuals that Pope Francis recently recognized as a saint. She will be canonized alongside the likes of Blessed Francesco Spinelli, founder of the institute of the Adorers of the Blessed Sacrament, and Blessed Vincenzo Romano, an Italian diocesan priest.