The soundtrack of Jim Didier’s life is liturgical.

For six decades, worshippers at two Fort Wayne parishes have drawn closer to the Lord through the vocation of the musician, vocalist and composer. They might not have known to whom they owed thanks for accompanying them in the liturgy, however, unless they turned toward the balcony before or after Mass. Didier would have been the man whose voice they heard during the Responsorial Psalm and the one pulling the stops on the church organ.

Friends, family and his fellow Most Precious Blood parishioners will have an opportunity to express appreciation for Didier’s years of service Feb. 14. He will play his last Mass at 10:30 a.m. at the parish, after which he’ll transition from performing to retirement and to composing.

He’s ready, he said. Didier is looking forward to quiet, relaxing days with his wife, Shari, and their family.

Many years ago, Sister James Therese came into the second grade classroom at Cathedral Grade School and asked who wanted to take piano lessons. Seven-year-old Didier raised his hand. Listening to his mother play classical music on the family’s piano each Sunday had conditioned an interest in the young man.

It meant his parents, who “did not have two pennies to rub together, let alone come up with a dollar” for the cost of the weekly lessons, would have to scrape even more. “But my mother was an operatic singer and my dad loved music too… I’ve always been grateful to them for making that sacrifice for me.” 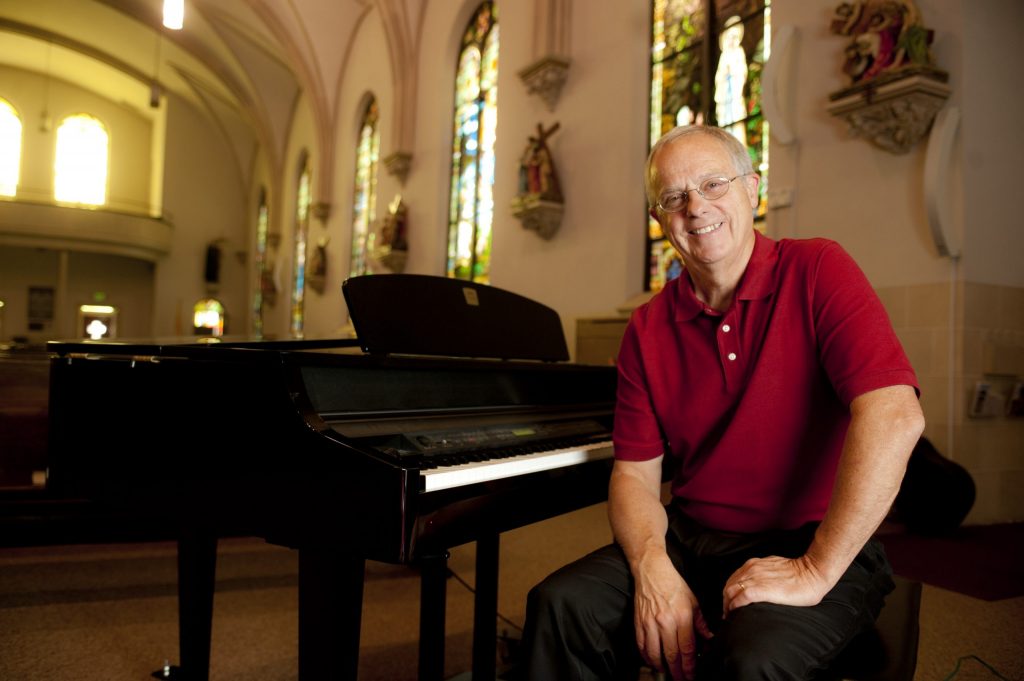 Photos provided by Melissa Eastman, University of Saint Francis
After a lifetime in parish music ministry in Fort Wayne, Jim Didier will retire Feb. 14. The vocalist, keyboardist, organist and composer said that the opportunities he has had and the music he has been given were “all a gift from our good God. I am grateful beyond measure,” he said.

When he was 10, John Yonkman, choirmaster and organist at the Cathedral of the Immaculate Conception, asked Didier and three friends if they would join a boys choir. Didier was game for that too: and so began a decadeslong adventure in church music. Despite the occasional difference of opinion or change in direction – Vatican II reforms introduced girls into the choir — the young man maintained his focus and rose to the occasion again and again.

He credits his perseverance with liturgical music to knowing its aim.

“(Mr. Yonkman) pounded it into us that our purpose was to sing for ‘the honor and glory of God.’ In today’s terms, that it wasn’t about us. That lesson has always remained with me.”

In 1966, Yonkman suffered a heart attack. While he recovered, Didier was asked to step in, play the organ at Mass and accompany the choir. The 16-year-old keyboardist and singer didn’t have the slightest idea of how to make the organ work, but he gave it a go. When Yonkman returned, he began giving lessons to the youth.

Throughout high school at Bishop Dwenger and as a music education major at the University of Saint Francis, Didier sang in the parish’s choirs and was assistant organist. His senior year he wrote his first Mass for the occasion of his parents’ 25th anniversary.

Jazz and rock ‘n’ roll – along with contemporary hymns — caught his ear not long after and became his preferred styles. But the “high church” music of his formation remained a polished part of Didier’s repertoire. 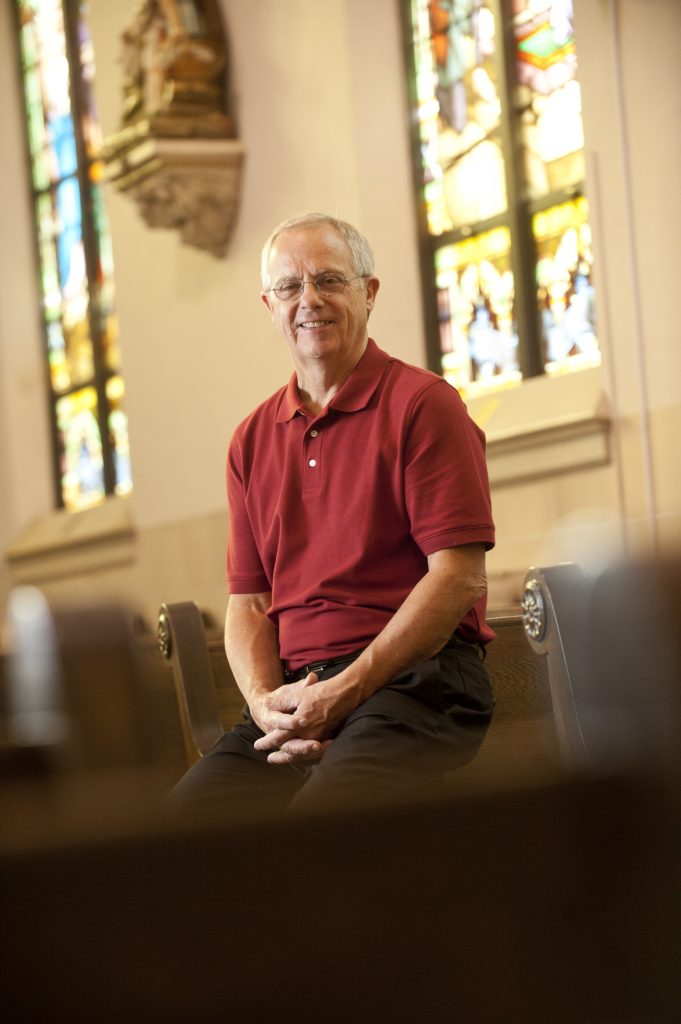 “It’s indeed not about me. My job is to lead people in prayer. Music is the meditation.” — Jim Didier

By 1973, however, “I was ready to see a little more of the world.” Didier took a position as organist and choir director at St. Andrew Parish, which later combined with St. Hyacinth. Over the next 14 years he developed a “deep community connection” to the now-suppressed parish.

Didier’s bread and butter, though, came from teaching. He taught elementary and middle school classes at Cathedral and Most Precious Blood schools, a marriage class at Bishop Dwenger and instructed music classes for four years at USF, also serving two years as a director of student affairs. By 1992 he was back at Most Precious Blood, this time as the parish music director.

It has been “a privilege and an honor” to be a musician in the Diocese of Fort Wayne-South Bend, Didier said. He particularly enjoyed each year’s Advent and Christmas liturgies, Christmas concerts, Triduum and Easter liturgies, working with the choirs and cantors, and the children’s liturgies. “Actually, I loved it all,” he admitted.

“My philosophy of liturgical music is based on the mandate from Vatican II, ‘the full and active and conscious participation of the faithful,’” he said. “It’s indeed not about me. My job is to lead people in prayer. Music is the meditation. Whatever I do musically should invite people into a deeper relationship with their God. … It isn’t about picking songs that I like, although I like 95% of the music the Spirit leads me to.”

The songs he likes — particularly those he feels inspired to create — are part of Didier’s plan for retirement. He has already released six vocal or solo piano CDs of original material: the seventh, “Spirit Wind” will be available soon.