VATICAN CITY (CNS) – In a ceremony to create 20 new cardinals, Pope Francis encouraged the College of Cardinals to have the same spiritual zeal for all people, whether they are in positions of power or ordinary Christians. “A cardinal loves the Church, always with that same spiritual fire, whether dealing with great questions or handling everyday problems, with the powerful of this world or those ordinary people who are great in God’s eyes,” the pope said on Aug. 20 during the consistory, a prayer service during which he personally welcomed 20 churchmen into the College of Cardinals. Those who have this apostolic zeal are compelled “by the fire of the Spirit to be concerned, courageously, with things great and small,” he said. During the ceremony, each of the new cardinals, including Cardinal Robert W. McElroy of San Diego, California, professed their faith by reciting the Creed and formally swore fidelity and obedience to the pope and his successors. They then approached Pope Francis, one by one, to receive their biretta, their cardinal’s ring, and the assignment of a “titular” church in Rome, which makes them part of the Roman clergy. In his homily, Pope Francis reflected on Jesus’ words to his disciples, in which he declared, “I came to bring fire to the earth, and how I wish it were already kindled.” Focusing on the image of fire, Pope Francis said that the “flame of the spirit of God” represents his love “that purifies, regenerates, and transfigures all things.” It also evokes the charcoal fire made by the risen Christ for his disciples along the shore of the Sea of Galilee, which created “a familiar setting where the disciples, amazed and moved, savor their closeness to their Lord.”

Ukraine Marks Half a Year of Resistance and Independence, but Worries Loom

WASHINGTON, D.C. (CNS) – As Ukraine approached the 31st anniversary of its independence on Aug. 24, it did so while embroiled in a bitter fight for that freedom, as it hit the six-month mark of defending itself against a Russian invasion. Archbishop Borys Gudziak, head of the Ukrainian Catholic Church in the U.S., used the occasion to thank U.S. Catholics and other people of goodwill for material and spiritual shows of solidarity as the nation fights to remain free from Russian control. “I want to thank all of you for your solidarity: all Americans, all American Catholics, all people of goodwill. It is with your help that Ukraine is making this biblical stance (of) David against Goliath,” he said in a recorded video message posted on YouTube on Aug. 23. “And Ukrainians are saying to you and to me and to everybody in the world, ‘We will not be a colony,’” he said. “(Just as) Algeria will not be a colony of France, like Peru and Uruguay will not be a colony of Spain, like the United States will not be a colony of Great Britain, so Ukraine will never again be a colony of Russia. This is what independence means today for Ukraine,” added Archbishop Gudziak, who heads the Ukrainian Catholic Archeparchy of Philadelphia. And while Ukrainians remain defiant, some Catholic organizations sounded the alarm about the difficulties on the ground that have only increased since the Feb. 24 invasion by Russian forces. “The current state of stress is not sustainable – not for Ukraine, not for its neighboring countries, not for the larger global community,” said Sean Callahan, President and CEO of Catholic Relief Services in an Aug. 22 statement.

INDIANAPOLIS (CNS) – John Mundell considers it “an incredible honor” that he was recently chosen as the director of the worldwide effort to put Pope Francis’ encyclical “Laudato Si’, on Care for Our Common Home” into action. At the same time, the member of Our Lady of Lourdes Parish in Indianapolis feels a great responsibility to help people from around the globe understand the urgent need to care for the world that God has created – the central theme of the papal encyclical issued seven years ago. “The world and the Catholic Church as a whole have not responded adequately to Pope Francis’ core message, which calls for an ‘ecological conversion’ to change our lifestyles and our economy,” Mundell said. “During this same period, we have witnessed firsthand the increasing effects of climate change and biodiversity loss – more intense storm events and flooding, wildfires and record temperatures,” he continued. “While there are positive signs of progress in some areas and increased engagement with the faithful, much more is needed if we are going to make any positive impact,” he said. Mundell is hoping to help create that positive impact as the Director of the Laudato Si’ Action Platform, or LSAP, which offers concrete plans for a “seven-year journey toward healing in our relationships with God, our neighbors, and the earth itself.”

KAKUMA REFUGEE CAMP, Kenya (CNS) – Sitting on a mat with her four children outside her tent in this United Nations camp, Achol Dut, a South Sudanese refugee, said she wants to return to her country and rebuild her life. Her country’s obstacles to peace and stability have prevented her move. “Life is difficult in a refugee camp,” said the 42-year-old mother of six. “Our children spend days without meals, and access to medicines and education is hard.” Dut fled her village in South Sudan’s Jonglei state in December of 2017 after government soldiers attacked their village in the middle of the night, killing residents, abducting several people, burning homes, and destroying schools, churches, and hospitals. “I lost my husband and two other children during the attack,” said Dut, noting that she moved to Kenya to save her remaining children from additional attacks. “I had to walk for five days to Kakuma without water and food, and we could sleep in the bush and sometimes in churches and schools.” She is among thousands of refugees who want to return to their country and rebuild their lives. Their desire to return home has prompted religious leaders in South Sudan to start a peace campaign to ensure refugees can return to a peaceful environment. The campaign brings together local leaders, government officials, and leaders from all ethnic groups who, after the training by religious facilitators, are supposed to spearhead peaceful dialogue and reconciliation in their areas to ensure residents live in peace, love each other, and promote social cohesion and interdependence among different ethnic groups.

Philippine Bishop: Country Must Stay Aware of What Happens Under Marcos

WASHINGTON, D.C. (CNS) – A Philippine bishop expressed hope for the renewal of a community-centered Church under his country’s new leader, Ferdinand Marcos Jr., who has not shaken off his family’s notorious legacy. “I am sure that most of us, if not all, are already aware of the well-funded, well-orchestrated, and systematic whitewashing of the Marcos history,” Bishop Gerardo Alminaza of San Carlos told a virtual forum of more than 100 Philippine- and U.S.-based peace workers. “And regrettably, we might have to humbly admit that we, particularly as a Church, may have acted too late in response,” said Bishop Alminaza. The bishop said, however, “we just have to start creating the circles of forces … that are very much aware of what is happening.” He told the Aug. 23 forum that the synod on synodality preparation in the Philippines is a “very powerful moment,” as the bishops look more closely at their decision-making and leadership response and how they should be responding to the country’s difficulties by listening to those in the peripheries. He said he is looking to a return to “basic ecclesial communities,” in which church communities of families come together on issues of spirituality and social justice, whether for better formation or to tackle various challenges.

Misunderstanding of pregnancy centers’ mission seen as a reason for attacks

ST. PAUL, Minn. (CNS) – Angela Franey, Executive Director of Abria Pregnancy Resources, said recent vandalism at the organization’s St. Paul location and dozens of similar attacks on pregnancy centers around the country reflect recent anger and misunderstanding around the issue of abortion. She also believes the damage also stems from a misunderstanding of the mission of Abria and other like centers. Abria’s staff love and help women, she said, and provide a variety of information so they know they have options. “We never tell them what to do,” she said, but instead, offer them information to help make a fully informed decision. “And we respect their ability to do that,” she told The Catholic Spirit, newspaper of the Archdiocese of St. Paul and Minneapolis. Attacks on pro-life pregnancy centers, like Abria, as well as churches have taken place across the country since early May, when a draft opinion of the U.S. Supreme Court decision in the Dobbs vs. Jackson Women’s Health Organization case was leaked. The court’s June 24 decision in the Dobbs case ultimately overturned Roe v. Wade, which had legalized abortion nationwide. The new ruling allows states to decide their own laws regarding abortion. To date, there have been about 40 such attacks on centers and churches, and Jane’s Revenge has claimed responsibility for many of them. Described as “a militant, extremist, pro-abortion rights group,” it was formed shortly after the leak of the draft opinion. 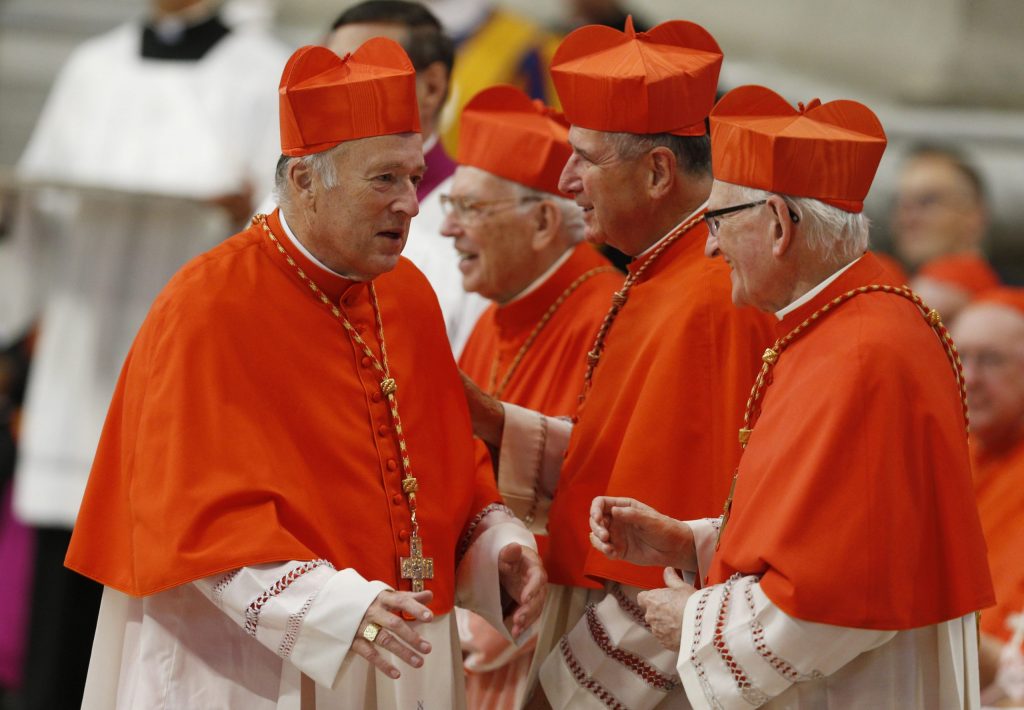