MIAMI (CNS) — In the wake of Hurricane Dorian’s brutal blasting of the Bahamas, Catholic organizations in Florida continued to raise funds to aid victims there. The best aid from individual Catholics is monetary donations. Money can be used to buy supplies in bulk and get them delivered promptly, and to reboot the local economy, enabling communities to start getting back on their feet. Money also ensures the items sent are actually the items needed — not just immediately after the disaster but months later, when recovery is ongoing. “It’s the agencies that are on the ground providing the help, they really know what is needed. So it’s best to give them the resources so they can purchase locally what is needed. It helps to get businesses back up and running locally,” Peter Routsis-Arroyo, director of the Archdiocese of Miami’s Catholic Charities, told the Florida Catholic, Miami’s archdiocesan newspaper. Arroyo noted the “tremendous amount of manpower” and agency funds required to organize, pack and ship donated items. “If we had just turned that money over to them, there’s none of those costs involved in that,” he said. Not to mention that some items may only be needed the first few days. “Maybe they need MREs (meals ready to eat) for the first two days, but that’s it,” he said. Other needs will arise as reconstruction begins, Arroyo added.

HONOLULU (CNS) — Sandwiched between a specialty store selling Hawaiian products and a shirt souvenir shop, a new building is going up near Waikiki Beach that also hopes to attract tourists, but not to buy trinkets and sunscreen. The new building will “sell” an education on Hawaii’s two saints and their ministry to people with Hansen’s disease on Molokai’s Kalaupapa peninsula to visitors and locals alike. The two-story Damien and Marianne of Molokai Education Center fills a narrow space fronting St. Augustine by the Sea Church property. Where there once was a driveway, parking area and small courtyard, there’s now a brick edifice and tower that mirrors the design of the A-frame church. A temporary construction barrier separates the in-progress center from the heavy foot traffic on the street across from Waikiki Beach. A quote from St. Damien runs along the wall. “Turn all your thoughts and aspirations to heaven,” says the religious message amid the tourism ads. Sacred Hearts of Jesus and Mary Father Lane Akiona, St. Augustine’s pastor, said the center’s prime location in the heart of Waikiki means many people will learn Hawaii’s Hansen’s disease story and how St. Damien de Veuster and St. Marianne Cope dedicated their lives to helping them. It’s difficult to get to the remote Kalaupapa peninsula on Molokai, where those suffering from leprosy were forcibly sent from the late 1800s until the mid-1900s. Many Hawaii visitors and residents who will never make it to Molokai will be able to visit the Waikiki museum. “The vision of the center is keeping sacred and really sharing that story of Damien and Marianne to the world,” Fay Pabo, St. Augustine’s administrative assistant, told the Hawaii Catholic Herald, newspaper of the Diocese of Honolulu.

LITTLE ROCK, Ark. (CNS) — For what could be the first time in the 176-year history of the Diocese of Little Rock, a diocesan tribunal submitted formal documentation to the Vatican on an alleged healing miracle of a former Arkansas college student. “We served as a fact-finding gathering source for the Holy See,” said Father Greg Luyet, judicial vicar of the diocese, who oversaw canonical procedures for this aspect of the sainthood cause. The documentation prepared for the Congregation for the Causes of Saints in Rome is one possible step for the beatification cause for Mother Henriette Delille, who founded the Sisters of the Holy Family in New Orleans. Her sainthood cause was opened in 1988 and was approved unanimously by U.S. bishops in 1997. She was declared venerable in 2010. If her canonization cause continues, she could be the first black saint from the U.S. Mother Delille was born in New Orleans in 1812. She died in 1862. The story of a possible miracle attributed to Mother Delille’s intercession, stems from Christine McGee who was a 19-year-old college student when the alleged healing happened in Little Rock, said Sister Doris Goudeaux, co-director of the Henriette Delille Commission Office.

WASHINGTON (CNS) — Catholic leaders across the United States reacted with sorrow and “heavy hearts” to a mass shooting in west Texas Aug. 31 that authorities said claimed seven lives and wounded 25 others. Cardinal Daniel N. DiNardo of Galveston-Houston, president of the U.S. Conference of Catholic Bishops, said in a statement Sept. 1 that he was “deeply saddened to witness yet again scenes of violence and contempt for human life being repeated in our nation’s streets.” He said Catholics attending Sunday Mass Sept. 1 “do so with heavy hearts” thinking of these victims and victims of recent “gun violence in California, Texas and Ohio.” He said the Aug. 31 shooting, which occurred as the gunman sped along highways in Odessa and Midland, Texas, “demonstrates unequivocally the undeniable existence of evil in our society.” Cardinal DiNardo also called on “people of goodwill,” including Catholic leaders and the faithful, “to work tirelessly to root out the causes of such crimes. As people of faith, we must continue to pray for all victims, and for healing in all these shattered communities that now extend across the length and breadth of our land,” he added.

NEW YORK (CNS) — Lullabies have been sung by parents to their children for time immemorial. At Siena House, a temporary residence for families in the Bronx, parents are continuing the tradition by crafting their own memorable lullabies that are emerging from personal experience and deeply held emotions. With the help of artists from Carnegie Hall, the Lullaby Project is helping parents who are experiencing significant life crises — homelessness or domestic violence — bond with their children through the creation of personal lullabies. Composer and music educator Thomas Cabaniss and other Carnegie Hall artists developed the project in 2011. “The project was structured over the course of a month,” said Tiffany Ortiz, assistant director of early childhood programs at Carnegie Hall. “Eight to 10 women and seven Carnegie Hall artists spent an hour together, to establish a level of trust. The mothers wrote letters to their babies, including nicknames, hopes, dreams and wishes for their child. They distilled those key phrases and put hearts around the words they wanted in the lyrics to their lullabies. Then they worked on the music side.” The result was so positive that, in 2013, officials at the New York City Department of Homeless Services recommended Siena House be one of the first places for the Lullaby Project to expand.

WASHINGTON (CNS) — Cardinal Joseph W. Tobin of Newark, New Jersey, blessed and then prayed near a group of Catholics who blocked a crosswalk, arranging themselves in the shape of a cross in front of Immigration and Customs Enforcement in Newark Sept. 4, to protest the detention of children and families in immigration facilities. About 400 participated in the event, which included a procession toward the ICE building as the Newark archbishop led the crowd in a chant of “stop the inhumanity. I am Joseph, your brother, who has been heartbroken by the inhumanity,” Cardinal Tobin had said earlier as he called for a stop to immigration detention of children and their families. “I ask Catholics and others of goodwill to contact their elected officials and urge them not to manipulate immigrant families as political pawns,” he said. As the group protested in front of the facility, the Department of Health and Human Services Office of Inspector General was releasing a report warning that migrant children separated from their parents “exhibited more fear, feelings of abandonment and post-traumatic stress” than migrant children who had not been separated from their loved ones. “According to those who treat them, many children enter the (immigration) facilities after fleeing violence and experiencing direct threats to their safety during their journey to the United States,” the report said. “Some children also experienced the trauma of being unexpectedly separated from their parents as a result of U.S. immigration policies.”

Archbishop Etienne will not live in mansion: ‘I am a pastor, not a prince’

SEATTLE (CNS) — Seattle Archbishop Paul D. Etienne said he will not live in the 9,000-square-foot mansion that many of his predecessors called home. In a letter sent to archdiocesan priests and deacons Sept. 3 — his first day as leader of the Archdiocese of Seattle — the archbishop wrote: “While the Connolly House has been home to the archbishops since 1920, it will not be home for me. I prefer to live a more simplified life,” he explained, adding that he was “exploring options on church properties” and hoped to find an alternative soon. Meanwhile, a prudent discussion will explore the possibility of selling Connolly House to help fund the great many needs across this archdiocese,” he wrote. The property has an appraised value of $8.4 million, according to the King County Department of Assessments. “The house doesn’t represent who I am,” Archbishop Etienne said in an interview with Northwest Catholic, news magazine and website for the Archdiocese of Seattle. “I think the days of bishops living in a manner that’s a lot nicer than the majority of their people live, those days are gone, and they should be. I am a pastor, not a prince,” he added, “and I want to live in a manner that’s more reflective of how my people live.” 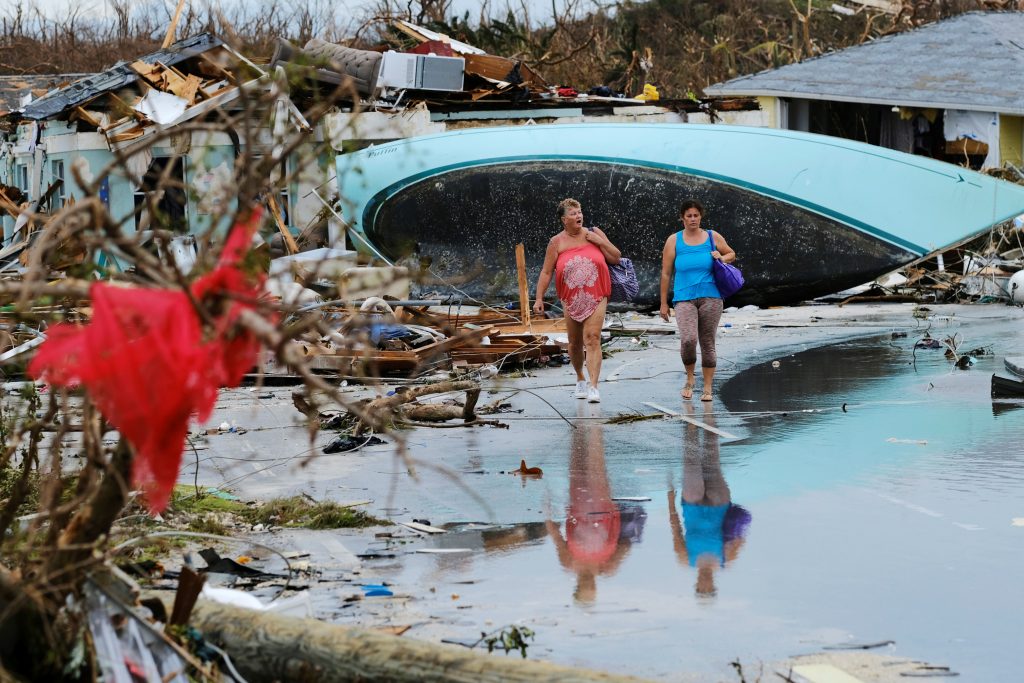