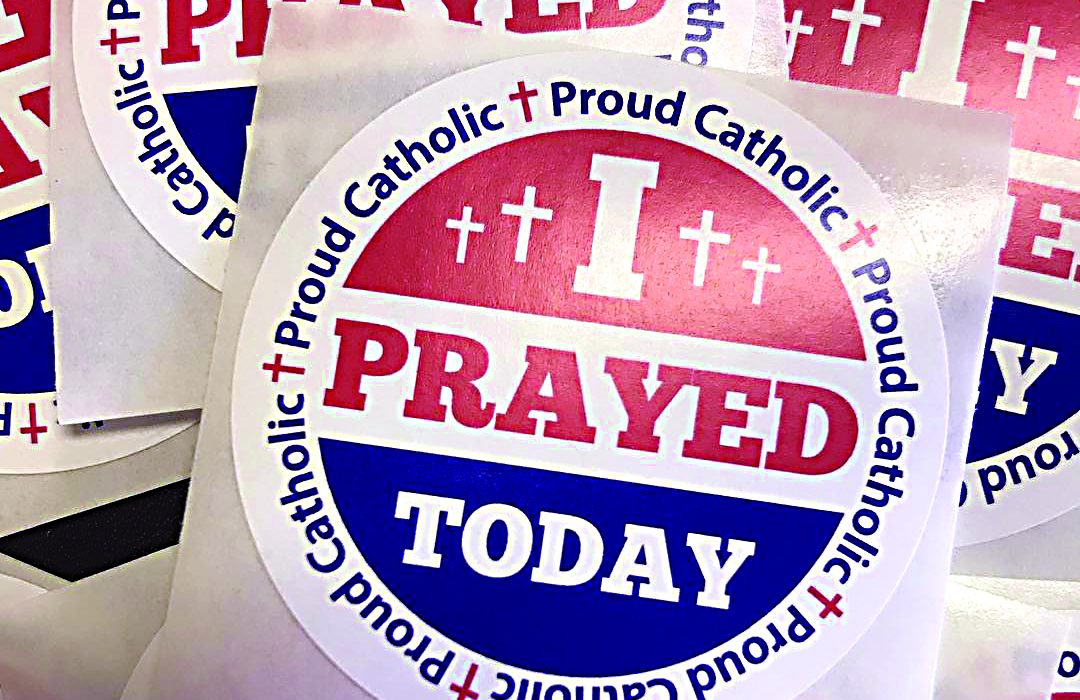 WASHINGTON (CNS) -— James Grein, a Virginia man who said Archbishop Theodore E. McCarrick, former archbishop of Washington, sexually abused him for years beginning when he was 11, gave his testimony about what occurred Dec. 27 before a judicial vicar for the New York Archdiocese. His testimony was requested by the Vatican. “He wants his Church back. He felt that in order to accomplish that end, he had to go in and testify here and tell them what happened and give the Church itself the chance to do the right thing,” Patrick Noaker, Grein’s attorney, told The Associated Press. In a New York Times report in July about Grein’s allegations against Archbishop McCarrick he only allowed his first name to be used, but he has since been more public and spoke during a protest that took place during the U.S. bishops’ fall meeting in Baltimore. According to reports about Grein’s testimony, he spoke of repeated incidents of the former archbishop groping him during confession. Archbishop McCarrick, who has denied allegations against him, now lives in a Capuchin Franciscan friary in Victoria, Kansas.

PORTLAND, Ore. (CNS) — Members of Our Lady of Lavang Parish in Portland did not let an attack stall their Christmas observances. Volunteers at the Vietnamese Catholic community gathered Christmas Eve, tools in hand, to repair their church, which had been seriously damaged when a man intentionally drove his SUV into the worship space and repeatedly crashed through the pews. In addition to the pews, walls and doors were heavily damaged. By late afternoon, neat walls of plywood covered most of the damage and replaced one set of doors, folding chairs had replaced the pews, and children and teens were rehearsing for their parts in the Christmas Eve Masses. About 100 parishioners responded to the call for help of Father Ansgar Pham, pastor. Parishioners young and old expressed surprise at what happened but held no ill will toward the person responsible. According to police reports, Hieu John Phung, 35, rented an Acura SUV then drove it through a locked gate and into the church after midnight early Dec. 24. Phung then phoned 911 to admit to the deed. Police charged Phung with criminal mischief, hit-and-run driving that resulted in property damage and criminal trespass. He was released and ordered to attend a court hearing Dec. 26 but did not appear because he had been picked up in Astoria, Oregon, and was hospitalized, apparently for mental health reasons, authorities said. His next court appearance is set for Jan. 9.

U.S. bishops, others mourn death of Guatemalan girl near border

WASHINGTON (CNS) — Three U.S. Catholic bishops Dec. 18 joined their voices in mourning the death of a 7-year-old Guatemalan girl shortly after she crossed the U.S.-Mexico border with her father and they turned themselves in to U.S. Customs and Border Protection seeking asylum. The girl, who was identified by the Guatemalan government as Jakelin Caal, died the first week of December. “Our prayers and heart-felt condolences go out to Jakelin’s family. The death of a child is always a moment of great sadness, a jarring disruption of the natural order of life,” the bishops said in a joint statement. “From this tragedy, we must remember this profound human consequence of our failed immigration policies, including also that restrictions on the flow of asylum seekers at the border can push more families to seek entrance between ports of entry which place them at greater risk,” they said. The statement was issued by Bishop Joe S. Vasquez of Austin, Texas, who is chairman of the U.S. bishops’ Committee on Migration; Bishop Mark J. Seitz of El Paso, Texas; and Bishop Gerald F. Kicanas, administrator of the Diocese of Las Cruces, New Mexico.

WASHINGTON (CNS) — Immigration officials announced new health checks for immigrant children under detention after a second child, an 8-year-old boy, died Christmas Eve while under the agency’s care. “This is a tragic loss. On behalf of U.S. Customs and Border Protection, our deepest sympathies go out to the family,” said CBP Commissioner Kevin K. McAleenan in a Dec. 25 statement. He explained new measures for dealing with detained immigrant children and released more details about what happened leading up to the boy’s Dec. 24 death. But Catholic groups such as the Hope Border Institute in El Paso, Texas, said the death could have been prevented if U.S. authorities were not blocking migrants from entry points where they can legally ask for asylum. Instead, they said, migrants are driven to enter through more dangerous locations, where they experience dehydration and other dangers, or they are sent to crowded locations not fit to house children. “This was bound to happen,” said Dylan Corbett, executive director of the Hope Border Institute. “It’s completely unacceptable. Children are not supposed to be housed at a checkpoint.”

VATICAN CITY (CNS) — While “it may seem strange” to celebrate the feast of the first Christian martyr on the day after Christmas, Pope Francis said it serves as a reminder that Jesus came to offer his life for the salvation of all. Gathered around the Christmas tree and Nativity scene, some 25,000 people came to St. Peter’s Square Dec. 26, the feast of St. Stephen, to recite the Angelus at midday with Pope Francis. “The joy of Christmas still fills our hearts,” the pope said. “The marvelous news that Christ was born for us and brings the world peace continues to resonate.” The feast of St. Stephen is not meant to put a halt to the joy, he said, but to remind Christians that the baby wrapped in swaddling clothes was born to be wrapped in a burial cloth and to rise again. Like Jesus, St. Stephen entrusted his life to God and died forgiving his persecutors, the pope said.

Indiana volunteers offer compassionate ministry to the elderly and dying

CONNERSVILLE, Ind. (CNS) — Sometimes involvement in a ministry reveals an even deeper need beyond the one being met. So it was for Barbara Davis-Hinkle of St. Gabriel Parish in Connersville, who started a nursing home ministry several years ago at the parish. “We bring the Eucharist to the homebound and those in nursing homes every week, and we give Christmas and Easter gifts to the Catholic residents,” she said. The ministry also arranges for the parish’s pastor, Father Dustin Boehm, to offer the sacraments at two local nursing homes. But as Davis-Hinkle walked the halls of the nursing homes as a volunteer for her own ministry, “It became obvious that some residents were sitting alone with no one to visit them,” she said. “And then I noticed that a few were dying with no one to sit with them.” Davis-Hinkle “put the two scenarios together.” In May 2017, she began developing a plan, and last March the plan came to fruition: a ministry called Compassionate Visitors. Overall, 32 volunteers either visit nursing home residents weekly or vigil with those who are dying. “We visit Catholics and non-Catholics alike,” she said. “It doesn’t seem to matter what religion they are, if you pray the Lord’s Prayer, they start to follow along. Even patients with dementia can follow along with some prayers.”

Ohio legislature looks ahead after one vote short on abortion bill

COLUMBUS, Ohio (CNS) — By one vote, the Ohio Senate failed to overturn the governor’s veto of a restrictive abortion bill. The legislation, called the “heartbeat bill,” would have prohibited abortions at the first detectable heartbeat, or as early as six weeks of pregnancy. On Dec. 27, the state senators voted 19-13 to override the governor’s veto, but it needed 20 votes to pass. Republican Senate President Larry Obhof said the legislation would come up again and with a better chance of passing, in the next session. “We will have a supermajority that is pro-life in both chambers in the next General Assembly. We’re getting sworn in in less than two weeks, and we have a governor coming in who has said he would sign that bill,” he told reporters. The legislation previously passed the Ohio House and Senate and was sent to Republican Gov. John Kasich who vetoed the bill Dec. 21.