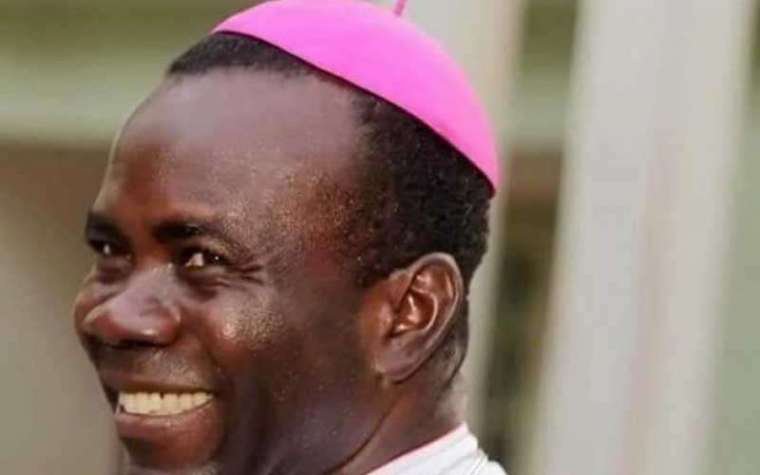 VATICAN CITY (CNS) — By taking on the frail human condition, God showed His love for humanity and His desire to share in people’s joys and sufferings, Pope Francis said. During his Sunday Angelus address Jan. 3, the pope said that God made the “bold” decision to become human “to tell us, to tell you, that he loves us like that, in our frailty, in your frailty, right there, where we are most ashamed, where you are most ashamed. He enters into our shame, to become our brother, to share the path of life,” he said. After praying the Angelus prayer and renewing his good wishes for the new year, Pope Francis said that Christians, without resorting to “the mentality of fatalism or magic,” know that “things will improve to the extent that, with God’s help, we work together for the common good, placing the weakest and most disadvantaged at the center. We do not know what 2021 holds for us, but what each one of us, and all of us together, can do is to take care of each other and of creation, our common home,” he said.

Despite hardships, pope says there is much for which to be thankful

VATICAN CITY (CNS) — The nota  ble absence of Pope Francis at the final liturgical celebration of 2020 in St. Peter’s Basilica capped off a difficult year for the Vatican and for the world. Yet Pope Francis, in remarks read by Cardinal Giovanni Battista Re, dean of the College of Cardinals, urged people to find meaning in the pandemic. The pope said giving thanks to God after such a year may seem “forced, almost jarring” especially for those who have lost loved ones, have fallen ill or have lost their jobs. “At times, someone may ask, ‘What is the meaning of such tragedy?’ We must not be in a hurry to answer this question. To our most anguished ‘whys,’ not even God responds by appealing to higher reasons,” the pope wrote. God, he continued, is not someone “who would sacrifice human beings for a grand design,” but instead a compassionate and paternal shepherd. “God is a shepherd, and what shepherd would give up even one sheep, thinking that in the meantime he has many others left? No, this cynical and ruthless god does not exist. This is not the God we ‘praise’ and ‘proclaim Lord,’” Cardinal Re read. Earlier in the day, Vatican spokesman Matteo Bruni said Pope Francis, 84, would not preside over the traditional end-of-the-year prayer service nor the New Year’s Mass the following day due to “painful sciatica.”

WASHINGTON (CNS) — The execution date of Lisa Montgomery, the only woman on federal death row, is currently undecided. In late December a federal judge said the Justice Department unlawfully rescheduled her execution while there had already been a stay in effect, granted because one of her attorneys tested positive for the coronavirus. The federal government is appealing this decision while Montgomery’s attorneys are appealing for clemency. Her lawyers have said that she is the only woman to face execution in America for the type of crime she committed — attacking a pregnant woman and taking the baby — stating that most prosecutors recognize that such crimes are the product of severe mental illness and trauma, which they also note that Montgomery has suffered. On Dec. 24, U.S. District Court Judge Randolph Moss, vacated an order from the director of the Bureau of Prisons that set Montgomery’s execution date for Jan. 12, noting that this could not be rescheduled while the execution had already been granted a stay.

WASHINGTON (CNS) — A $1.5 million grant awarded by the U.S. bishops’ Subcommittee on Catholic Home Missions will support Catholic Extension’s ongoing disaster recovery work in Puerto Rico three years after two devastating hurricanes. The money will be used for startup expenses in the six dioceses of island territory as Church officials seek funds from the Federal Emergency Management Agency to rebuild properties damaged during the 2017 storms that caused widespread damage. The U.S. Conference of Catholic Bishops said Dec. 30 the initiative is expected to generate hundreds of millions of dollars in federal aid for rebuilding schools and churches as parishes strive to continue pastoral ministry, especially in poor and vulnerable communities. Bishop W. Shawn McKnight of Jefferson City, Missouri, subcommittee chairman, said in a statement that the USCCB “appreciates the innovative groundwork that Catholic Extension’s staff has undertaken in the rebuilding efforts.”

WASHINGTON (CNS) — With many so eager to put 2020 in the rearview mirror, one Catholic publication is saying: “Not so fast.” It its last issue of the year, the Angelus, a weekly magazine of the Archdiocese of Los Angeles, published a series called: “Saving 2020. How we found God in a troubled year.” The series, updated online every few days at the end of December, at angelusnews.com, included personal essays from regular contributors and guest writers reflecting on how 2020, despite the COVID-19 pandemic, was a providential year. Pablo Kay, the magazine’s editor-in-chief, said the idea for the series was something he was thinking about for several weeks as the end of the year approached. In an email to Catholic News Service, he said that he kept thinking about the personal sufferings of this year, noting that in his own experience he lost two family members and two priests close to his family due to COVID-19 and had friends and family members lose jobs and suffer from the isolation brought on by the coronavirus restrictions.

SALINA, Kan. (CNS) — The coronavirus pandemic has required many people around the world to develop an “adapt and carry on” attitude. That’s the mantra of Geoff Andrews, superintendent of Catholic Schools for the Diocese of Salina, Kansas, as the 15 Catholic schools in the jurisdiction have continued to operate during the pandemic. “The hard part is staying current with what’s going on in each community,” Andrews said. “The data changes every day. Guidelines change every day. The only thing we’ve learned is the only constant is change.” With 15 schools sprinkled across the diocese, many opened with in-person learning five days a week in late August. “The challenge for a large, rural diocese is that there is not a one-size-fits-all approach that works for all of our schools as a whole,” Andrews said. “We’ve been able to manage change and adapt to what will fit each building because every community is extremely different.”

Tradition of Epiphany door blessing with chalk is symbol of hope

BALTIMORE (CNS) — The ancient Christian tradition of marking doorways with blessed chalk on the feast of the Epiphany will carry new meaning for many Catholics in 2021. Following a year that saw families shaken by the coronavirus pandemic, the traditional home blessing will serve as a special symbol of hope and a visible reminder of faith. “Many have fought COVID-19 and lived to tell about it,” said Michael Carnahan, a parishioner of Sacred Heart of Mary Church in Baltimore, who has practiced the chalk blessing since he was a child. “However, many people have suffered the loss of a loved one to this virus. The chalk, along with other symbols, will be an even stronger reminder of how important God is to us and of what an important factor Jesus is in our daily lives,” he said. The blessing involves taking simple chalk, usually blessed by a parish priest, and scrawling doorways with symbolic numbers and letters — this year: “20+C M B 21.”

Auxiliary Bishop Moses Chikwe of Owerri, Nigeria, and his driver were released by their abductors Jan. 1, 2021, five days after they were kidnapped. Bishop Chikwe is picture in an undated photo. (CNS photo/Public Domain)