Pope is Asking Governments to Grant Clemency to Prisoners at Christmas

VATICAN CITY (CNS) — Pope Francis is writing to all the heads of state around the world, asking them to consider granting some prisoners clemency at Christmas. A representative from the Vatican press office said on Dec. 12 that the pope is asking government leaders to consider freeing or reducing the sentences of men and women they believe would benefit from such a gesture of mercy “so that this time marked by tensions, injustices, and conflicts may be opened to the grace that comes from the Lord.” Vatican officials did not release a copy of the letter or explain what prompted it besides the approach of Christmas. From his days as archbishop of Buenos Aires, Argentina, and continuing after his election to the papacy, Pope Francis has made a special effort to maintain regular contact with prisoners, to meet them in Rome and on his trips around the world, and to phone and write them. At the end of his Angelus address on Dec. 11, the pope gave a shout-out to “the detainees in the Due Palazzi prison of Padua: I greet you affectionately!”

VATICAN CITY (CNS) — The mayor of Lviv, Ukraine, and a team of doctors treating those injured in the war gave Pope Francis a cross with an embedded piece of shrapnel removed from the body of a young girl. “Giving the pope the cross, we hope he will pray each day for the injured children,” Mayor Andriy Sadovy told reporters on Dec. 7 after meeting the pope at the end of his weekly general audience. Pope Francis asked everyone at his audience to pray that Mary would comfort every person living under the brutality of war, especially the people of Ukraine. The pope also noted the commemoration of the 80th anniversary of “Operation Reinhard,” the Nazi plan to kill the Jews of German-occupied Poland, a plan that succeeded in murdering some two-million Jews. “May the memory of this horrible event arouse in all of us resolutions and actions for peace,” the pope said, before adding that “history repeats itself. We see what is happening today in Ukraine. Let us pray for peace.” Dr. Oleh Samchuk, General Director of a Lviv hospital, the First Territorial Medical Association, accompanied the mayor and other officials seeking not only Pope Francis’ prayers, but also his blessing for the Unbroken National Rehabilitation Center, a facility they hope will bring physical and psychiatric healing to the victims of Russia’s war on Ukraine. “We showed the pope our project, and he blessed it,” Sadovy said.

MADRID (CNS) — A group of Spanish Catholics sent a petition to the Madrid cardinal and Pope Francis’ ambassador, asking help to prevent the removal of a giant cross and a Benedictine monastery from a civil war cemetery and memorial outside Madrid. “These Benedictines carry out an invaluable task: They pray for the people buried there, for peace, and reconciliation between Spaniards,” said the petition, addressed to Cardinal Carlos Osoro Sierra of Madrid and Archbishop Bernardito Auza, the Vatican Nuncio. The petition, by the Enraizados en Cristo y la Sociedad (Rooted in Christ and Society) association, was circulated as Prime Minister Pedro Sánchez’s coalition government prepared to enforce a new law requiring the Valley of the Fallen, known in Spanish as Valle de los Caídos, to be redesignated a “place of democratic memory” and stripped of political elements it said exalted the dictatorship of Gen. Francisco Franco, who died in 1975. “The permanence of the Benedictine community is not negotiable or interchangeable,” said the Madrid-based association, founded in 2012 to provide “a Catholic voice in public life. We ask the Holy See’s nuncio and archbishop of Madrid to defend the monks and safeguard the cross — if we don’t act quickly, everything will go down the drain.” The remains of Franco, who ruled Spain for four decades after the 1936-1939 civil war, were reburied at Madrid’s El Pardo cemetery in October of 2019 after being exhumed from a pontifical basilica at the valley, which also contains the graves of 34,000 conflict victims and is dominated by the 460-foot stone cross.

After Vote, House Sends Respect for Marriage Act to Biden for Signature

WASHINGTON, D.C. (CNS) — By a vote of 258-169, the U.S. House of Representatives passed the Respect for Marriage Act on Dec. 8 and sent it to President Joe Biden for his signature. Biden is expected to sign the bill legalizing same-sex marriage into law. The president praised Congress for a measure the U.S. Catholic bishops and other religious leaders have said does not clearly protect the religious freedom of churches and individuals who believe in traditional marriage between one man and one woman. The House approved the measure by a wide margin in July, but had to vote on it again after the Senate passed an amended version on Nov. 29 in a 61-36 vote. Senate Democrats were joined by 12 Republicans who backed the bill after they were satisfied with an amendment that they said would protect the rights of those who oppose same-sex marriage on religious grounds. But after Senate passage, the chairman of the U.S. bishops’ Committee on Laity, Marriage, Family Life, and Youth said he was “gravely disappointed.” Bishop Robert E. Barron of Winona-Rochester, Minnesota, said on Dec. 1 that the measure “fails to include clear, comprehensive, and affirmative conscience protections for religious organizations and individuals who uphold the sanctity of traditional marriage that are needed.” Decades of social and legal developments “have torn sexuality, childbearing, and marriage from each other in the public consciousness,” Bishop Barron said in a statement released by the U.S. Conference of Catholic Bishops.

VATICAN CITY (CNS) — All workers should feel welcomed by the church and know that their needs and problems are taken seriously, Pope Francis said. In fact, labor and employment are experiencing “a phase of transformation that needs to be accompanied,” he told members of Italy’s Movement of Christian Workers during an audience at the Vatican on Dec. 9. “Social inequalities, forms of slavery and exploitation, family poverty due to the lack of work or poorly paid work are realities that must be listened to in our church communities. They are more or less forms of exploitation — let us call things by their real name,” he said. The movement, which was celebrating the 50th anniversary of its official establishment, promotes the church’s teachings and Christian values in society, in the world of work, and in government policies. Pope Francis asked members to make a special commitment to bringing the concerns and problems of workers to the many levels of the church community. “It is important that workers feel at home in parishes, associations, groups, and movements; that their problems are taken seriously, that their call for solidarity can be heard,” the pope told them.

Gomez: Virgin of Guadalupe ‘Leads Us to Jesus,’ Who Shows Way to Peace

LOS ANGELES (CNS) — Our Lady of Guadalupe “always leads us to Jesus, who will show us the way to find peace,” Archbishop José H. Gomez of Los Angeles said on Dec. 4. “Jesus will show us the way to the true happiness and love in our lives,” he told thousands of the faithful gathered for an annual outdoor Mass at East Los Angeles College’s Weingart Stadium. “True conversion is to change the way in which we live,” Archbishop Gomez said in Spanish during his bilingual homily. “Let’s ask our Mother Mary to help us discover what are those small things we need to change in our lives.” He reminded Massgoers of Our Lady of Guadalupe’s message of hope, compassion, unity, and love. “God wants us to remain united, to be close to him and close to each other, especially in our families. Let’s make of our families a model of unity and a place full of love,” the archbishop said. “Our homes should always be where Jesus should be present and a place where all can find love, compassion, and mercy.” The liturgy followed a procession through the streets of East Los Angeles that included “andas,” or decorated handmade carts with framed images or statues brought by families and parish groups to honor the Virgin of Guadalupe. Themed “Holy Mary of Guadalupe, Mother of life and peace, pray for us,” the procession and Mass commemorated the 491st anniversary of the apparitions of Mary to the peasant Juan Diego, who was canonized in 2002 by St. John Paul II.

LONDON (CNS) — The U.K. Supreme Court ruled that a bill to set up exclusion or “buffer” zones around abortion clinics in Northern Ireland does not violate the right to free expression upheld by the European Convention on Human Rights. Court officials announced on Dec. 7 that the legislation to ban “direct” and “indirect” pro-life “influence” within 100 meters of abortion facilities did not infringe the right to free expression upheld by the convention, to which the U.K. is a signatory. It means that pro-life activists in Northern Ireland can legally be prohibited from quiet or silent prayer and from offering leaflets or advice about alternatives to abortions in the vicinity of any clinic. The Abortion Services (Safe Access Zones) Northern Ireland Bill was introduced by former Green Party leader Clare Bailey in September of 2021 and finally approved by the Northern Ireland Assembly on March 24. However, before it could take effect, it was referred to the Supreme Court in London by Dame Brenda King, Attorney General for Northern Ireland, who cited concerns that the legislation omitted a defense of “reasonable excuse” and was therefore incompatible with the European Convention on Human Rights. 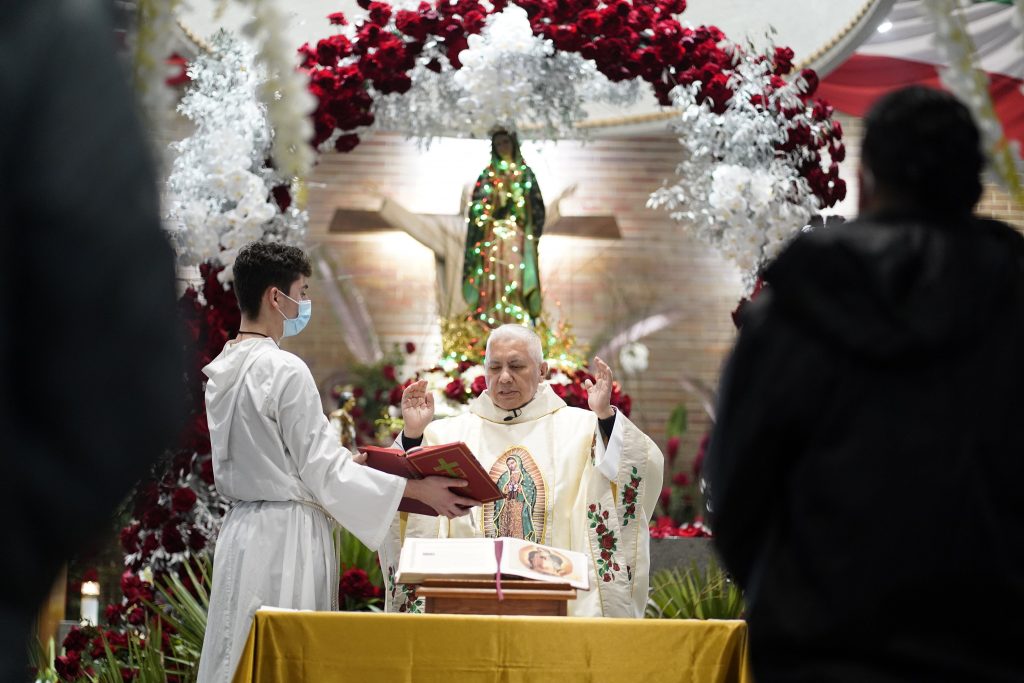