Assisting victims of war is a work of mercy, pope says

VATICAN CITY (CNS) — Members of the military and of humanitarian agencies who risk their lives to save others or to alleviate their suffering are precisely those for whom Jesus will say, “Whatever you did for one of these least brothers of mine, you did for me,” Pope Francis said. For decades, the Geneva Conventions have tried to establish rules to protect innocent civilians in times of war, yet “atrocious crimes” and shocking violations of human dignity continue to occur, the pope told participants at a conference on international humanitarian law. The conference was sponsored by the Italian Ministry of Defense and the Carabinieri, Italy’s military police. Pope Francis met Oct. 28 with the 150 conference participants and with 100 officer candidates from the Carabinieri. Despite the ongoing, “praiseworthy attempt” to codify humanitarian law to protect noncombatants, religious and cultural monuments and the environment during periods of strife, the pope said, so many atrocities continue around the globe that it leads to “a certain saturation that anesthetizes and, to some degree, relativizes the seriousness of the problem.”

On contraception, church must continue to defend life, cardinal says

ROME (CNS) — The acceptance of artificial contraception by some Christian churches and communities beginning in the 1930s has led “to the monstrosity of what is today known as procreative medicine,” which includes abortion, said German Cardinal Walter Brandmuller. Inaugurating an Oct. 28 conference anticipating the 50th anniversary of Blessed Paul VI’s encyclical “Humanae Vitae,” Cardinal Brandmuller told participants that in ignoring traditional church teaching men and women today have seated themselves “on the throne of the Creator.” In “Humanae Vitae,” published in 1968, Pope Paul underlined the responsibility that goes with human sexuality and marriage. While he taught that couples can space the birth of their children for valid reasons, they must use only natural methods of avoiding fertility. Birth control, he said, causes an “artificial separation” of the unitive and procreative aspects of married love. In his speech at the Rome conference, Cardinal Brandmuller said that after the Second Vatican Council, the church faced significant pressure — including from within its own ranks — to endorse contraception as “morally justifiable” just as the Anglican Church had done at the 1930 Lambeth Conference and the U.S. Federal Council of Churches, the precursor of the National Council of Churches, did in 1961.

Reformation at 500: Christians see they are brothers, sisters, pope says

VATICAN CITY (CNS) — The grace of God and decades of ecumenical dialogue have enabled Catholics and Protestants to mark the 500th anniversary of the Reformation together, emphasizing their shared baptism and faith in Jesus, Pope Francis said. Welcoming the moderator and a delegation from the Church of Scotland, a Presbyterian church, the pope said, “Let us thank the Lord for the great gift of being able to live this year in true fraternity, no longer as adversaries, after long centuries of estrangement and conflict.” The pope met the Church of Scotland delegation at the Vatican Oct. 26, just four days before Reformation Sunday, which was to mark the 500th anniversary of Martin Luther posting his 95 theses on the door of the Wittenberg Castle church. Posting the theses, formally called the “Disputation on the Power and Efficacy of Indulgences,” sparked the Protestant Reformation. Marking the anniversary together, Pope Francis said, “has been possible, with God’s grace, by the ecumenical journey that has enabled us to grow in mutual understanding, trust and cooperation.”

NEW YORK (CNS)— Cardinal Bechara Rai, patriarch of Maronite Catholics, inaugurated a chapel to Lebanon’s St. Charbel in St. Patrick’s Cathedral. The chapel is the first of its kind outside Lebanon. “St. Charbel is a sign of hope for Christianity and for all the people of the Middle East who suffer in difficult circumstances,” Cardinal Rai said in his homily Oct. 28 at a Mass at the cathedral. New York Cardinal Timothy M. Dolan and Bishop Gregory J. Mansour of the Maronite Eparchy of St. Maron of Brooklyn concelebrated the Mass. “We are here in New York and the United States to hear the voices that speak to us about the Middle East,” said Cardinal Dolan. The artistic mosaic sanctuary depicts St. Charbel wrapped in a luminous halo in the Lebanese mountain, near the St. Maron monastery in Annaya, Lebanon, where his tomb is located. The saint is surrounded by flourishing cedars and crystalline waters of the Mediterranean, a symbol of spiritual life.

BARCELONA, Spain (CNS) — Spanish church leaders reiterated support for their country’s unity as the Madrid government imposed direct control over Catalonia. However, Catholic organizations in the breakaway region — which declared independence Oct. 27 — condemned the crackdown and warned government actions could have “incalculable consequences.” Cardinal Ricardo Blazquez Perez of Valladolid, president of the Spanish bishops’ conference, expressed sadness for the Catalonian declaration of independence and reiterated support “for the constitutional order and … its restoration, and I ask God for peaceful coexistence among all citizens.” His statement, issued Oct. 28, came the day after the Spanish government announced it was dismissing Catalonia’s president, Carles Puigdemont, and local officials, and ending the region’s self-government under the terms of Spain’s 1978 constitution. Spain called for regional elections Dec. 21. Other church leaders also urged unity.

VATICAN CITY (CNS) — The Vatican’s Christmas tree and Nativity scene will feature traditional designs and decorations centered on the theme of mercy. A towering 92-foot spruce tree will be the centerpiece of the Vatican’s Christmas holidays, according to a note released Oct. 25 by the governing office of Vatican City. The tree, which measures nearly 33 feet in diameter, will be donated by the Archdiocese of Elk, Poland, and transported to the Vatican on a flat-bed truck traveling over 1,240 miles across central Europe, the Vatican said. The Nativity scene, instead, will be donated by the Benedictine Abbey of Montevergine, located in southern Italy, and created in an “18th century style according to the oldest Neapolitan tradition.” Covering a surface of over 860 square feet, the Nativity scene will be “inspired by the works of mercy” and will feature 20 terracotta figures, some as tall as 6 feet, the governing office said. 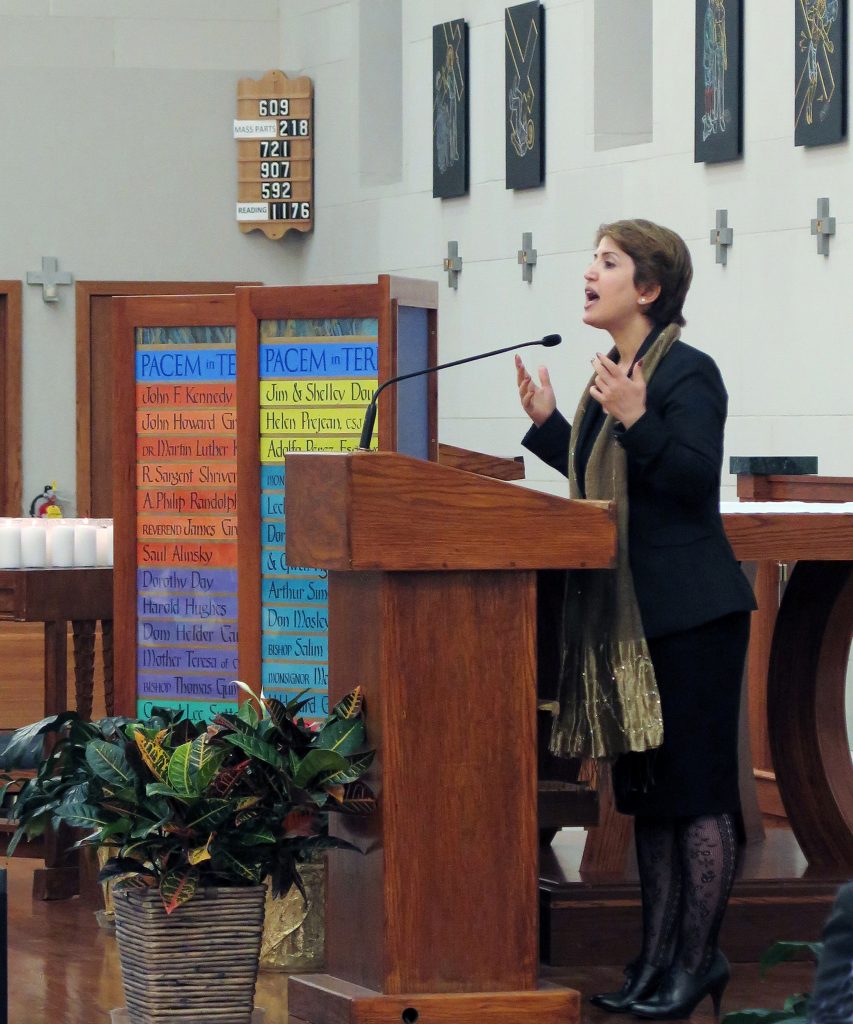