Tree of Life Dental clinic might seem similar to other dental offices, but it serves a purpose beyond cleaning teeth and filling cavities. A portion of the proceeds from Tree of Life goes to support GenderSave, an organization that aids female orphans and women in India, a country that places little value on its female population.

Dr. Dan Kreager, a member of St. Pius X Parish and a dentist with 30 years of experience, explained how girls in India are frequently aborted or killed after birth. Unmarried women are considered the lowest class of citizen, often having to make their own way in life.

GenderSave provides a home for abandoned girls as well as educational opportunities for mothers and single women. 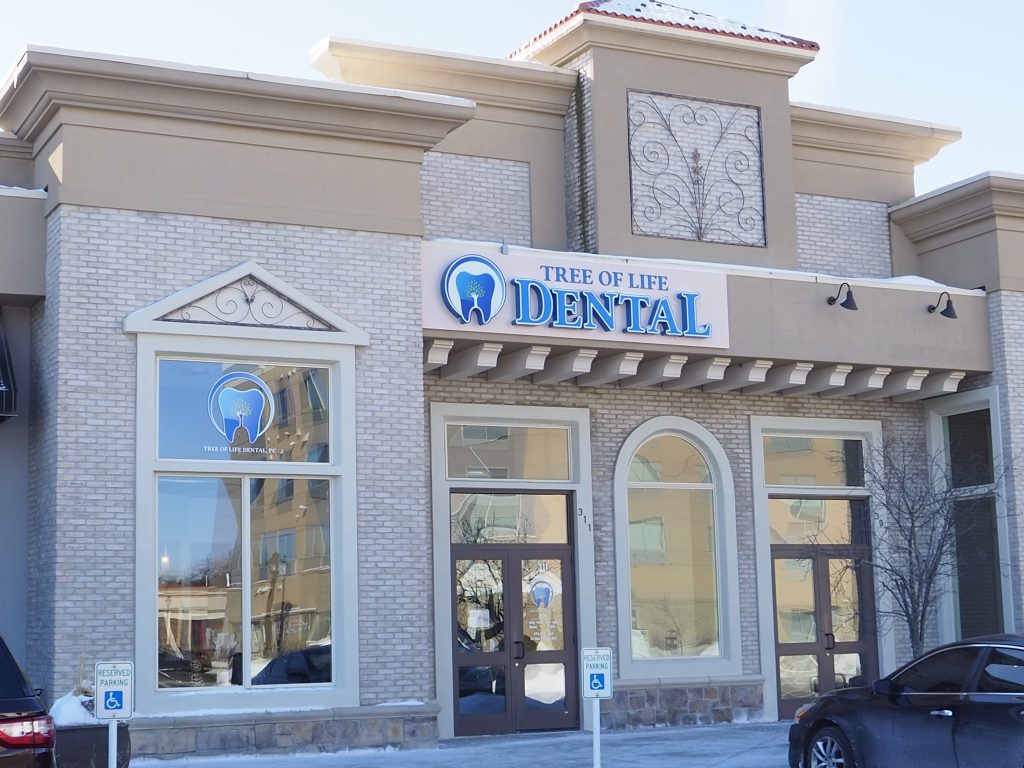 Photos by Jennifer Barton
At Tree of Life Dental in Granger, a portion of the proceeds go to GenderSave, a charity in India that runs an orphanage for girls as well as providing the means for single women and mothers to become financially self-sufficient.

Tree of Life came about when three men in the South Bend area, one of them from India, decided “to put together a dental office that would be a conduit to the women and children in India and have a constant flow of income that we could support them with,” said Kreager.

Kreager was approached by one of the organizers, a man for whom he had previously worked, who asked if he would be interested in running the organization. At that time, he was working at a clinic for the underprivileged in Elkhart. Initially, he professed that he “was a little taken back by the idea.” But the more he spoke with the man from India, “the more I realized that it was probably the kind of thing I’d like to do.”

Because of his strong Catholic faith, Kreager has always believed that “God asks us to give back to those in need.” He has long been a supporter of the Women’s Care Center and sees the mission of Tree of Life as an extension of it.

“I’ve always been one who looked at dentistry as a mission,” Kreager stated. “So to be able to do that in the United States and support them over there, I thought was an ideal way of putting my skills to work.” 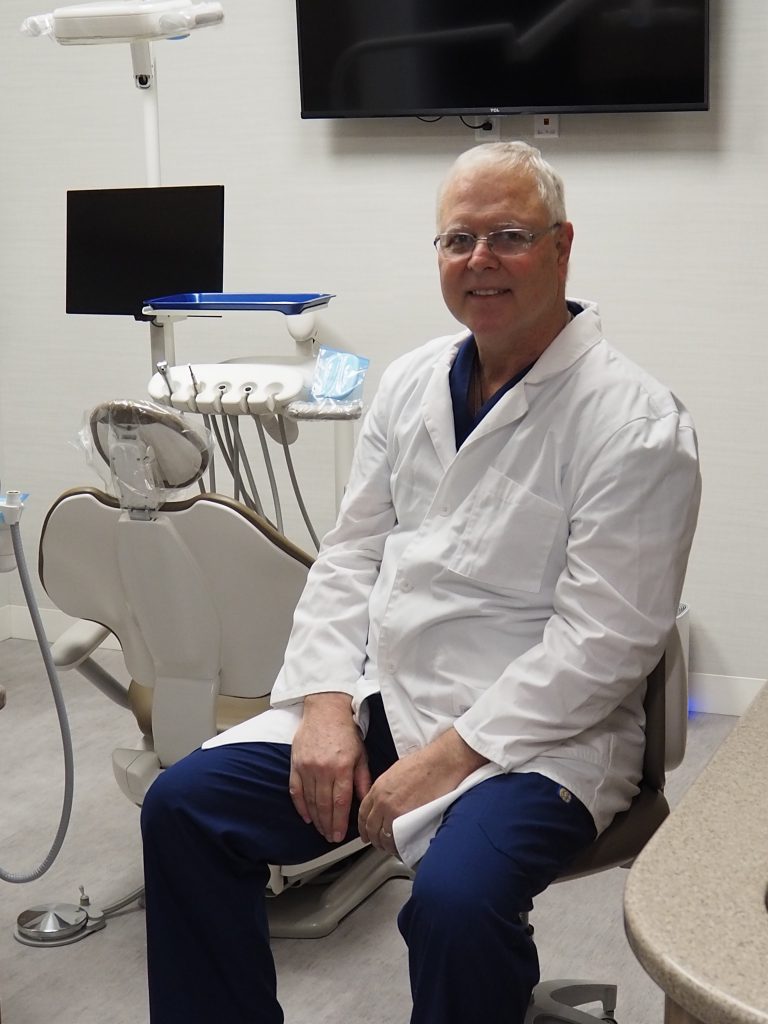 Dr. Dan Kreager serves the dental needs in the community while at the same time aiding girls and women in India, a place where male children are more highly valued than females. He believes in using his talents for the glory of God: that motivation permeates his life’s work.

Planning for the new clinic began about a year ago, though construction faced delays due to the pandemic and supply shortages. The doors were finally able to open for new patients in November.

The office space is bright and modern-looking in design, with state-of-the-art equipment and a comfortable feel, offering comprehensive dental care. COVID-19 precautions are currently limiting the number of patients allowed in the office at one time, but Kreager hopes to see the practice grow and further expand its charitable mission.

Eventually, he would like to see Tree of Life expand its charitable giving and aid local pro-life organizations, particularly the Women’s Care Center. For now, 12% of the profits of the clinic will go to GenderSave.

In India, the population is 70% Hindu, 15% Buddhist and about 1% Catholic. Since daughters in that country are considered a liability rather than an asset and their dowry a financial burden, newborn daughters were once thrown into the river as a sacrifice to the river god in exchange for a future son.

Kreager related a story of how, many, many years ago, a Catholic nun swam into the river to save one of those baby girls and brought her to the convent on the other side of the river. It was the beginning of a Catholic-run orphanage.

To this day, many baby girls are still unwanted. The GenderSave website estimates roughly 500,000 gender-based abortions are carried out each year there. This is known as gendercide.

Because of the disparity in the value of females, there is a vastly disproportionate male-to-female ratio in India and a much higher rate of preventable deaths in women and young girls. Even some married women are treated poorly by their husbands or their in-laws and forced into horrible situations such as prostitution.

GenderSave exists to rescue these girls and give them life: to enable rejected mothers to keep and care for their daughters; to repair or rebuild families from the pieces left behind, the GenderSave website says. To accomplish this, Kreager explained, they help find them things that they need to be able to take care of their children: “employment, food, classes, education; all those things that need to be done to make it reasonable for them to make a living.”

One of the ways is to provide women with sewing machines and classes to teach them a trade that allows them to achieve financial independence.

Kreager is no stranger to missionary work, having spent time in Medjugorje and Haiti serving the dental needs of those who live in extreme poverty. He served in Medjugorje in the 1990s, not long after the end of the Bosnian War, where many people in the area could not afford dental care.

“We have a lot of problems in this country, but they’re first-world problems. We don’t know how it is in second- and third-world countries. We can’t imagine it. Until I went to Haiti, I couldn’t imagine people lived that way.”

Besides its mission of aiding women in India, Tree of Life is also sensitive to the financial needs of those within the South Bend area and provides affordable care to those who may not be able to afford it.

Kreager emphasized the importance of the practice being “conscious of the fact that we need to take care of those who might not be as fortunate as ourselves.” At Tree of Life and for Kreager, mission is not just a word; it is a lifestyle.