The canonization of Poor Handmaids of Jesus Christ foundress Maria Katharina Kasper in 2018 was an occasion of great joy in the Diocese of Fort Wayne-South Bend, especially at the congregation’s motherhouse in Donaldson. There is rejoicing again this week, over permission that has been received from the Vatican for the official inscription of St. Katharina’s Feb. 1 feast day into the Proper Calendar of the diocese as an optional memorial.

A saint’s feast can only be inscribed in a local calendar if he or she had a significant role in the history and devotion of the faithful in that place. The Vatican’s Congregation for Divine Worship and Discipline of the Sacraments agreed that St. Katharina meets this criteria for Fort Wayne-South Bend, and so now the diocese has special permission to use the specific — or ‘proper’ — prayers from her Mass during liturgical celebrations on her feast day. 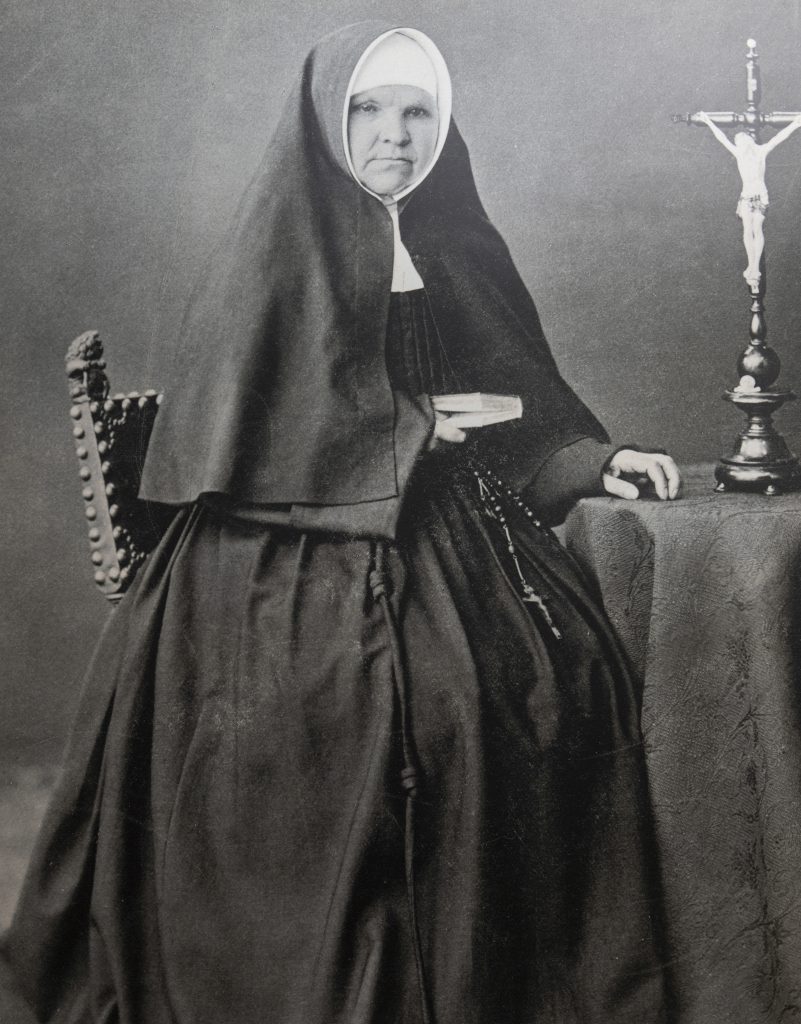 With this permission, St. Katharina becomes just the third saint with a particular connection to the Diocese of Fort Wayne-South Bend to be inscribed into the Proper Calendar. Previously, St. Mother Theodore Guerin, who founded the first Catholic schools in the diocese, and Blessed Solanus Casey, a priest of “holiness and many miracles of healing,” as Bishop Rhoades once described him, were similarly inscribed.

Pope Paul VI, during her beatification ceremony of in 1978, extoled St. Katharina as a model of longing to fulfill God’s will in the situations of life. Bishop Rhoades referred to that honor during her canonization celebration at Donaldson.

There is a deep connection between the diocese and the congregation founded by St. Katharina. In his request of the Congregation for Divine Worship and the Discipline of the Sacraments, Bishop Rhoades enumerated the many examples of that historic relationship, along with pastoral reasons for this request that her feast day be inscribed on the local calendar.

In response to a need expressed by Bishop John Henry Luers of the then-Diocese of Fort Wayne, Mother Maria Katharina sent the first eight Poor Handmaids from Germany (then Prussia) to America in 1868 to minister to the large German-speaking population around Fort Wayne. The Poor Handmaids’ American motherhouse was established in the city alongside Saint Joseph Hospital, which they operated until 1998.

Many more sisters were sent by Mother Maria Katharina in the following years. At the same time, vocations to the Poor Handmaids from this diocese were growing. In 1920, the motherhouse for the Poor Handmaids of Jesus Christ in the United States moved to Donaldson, near Plymouth, and remains there today. 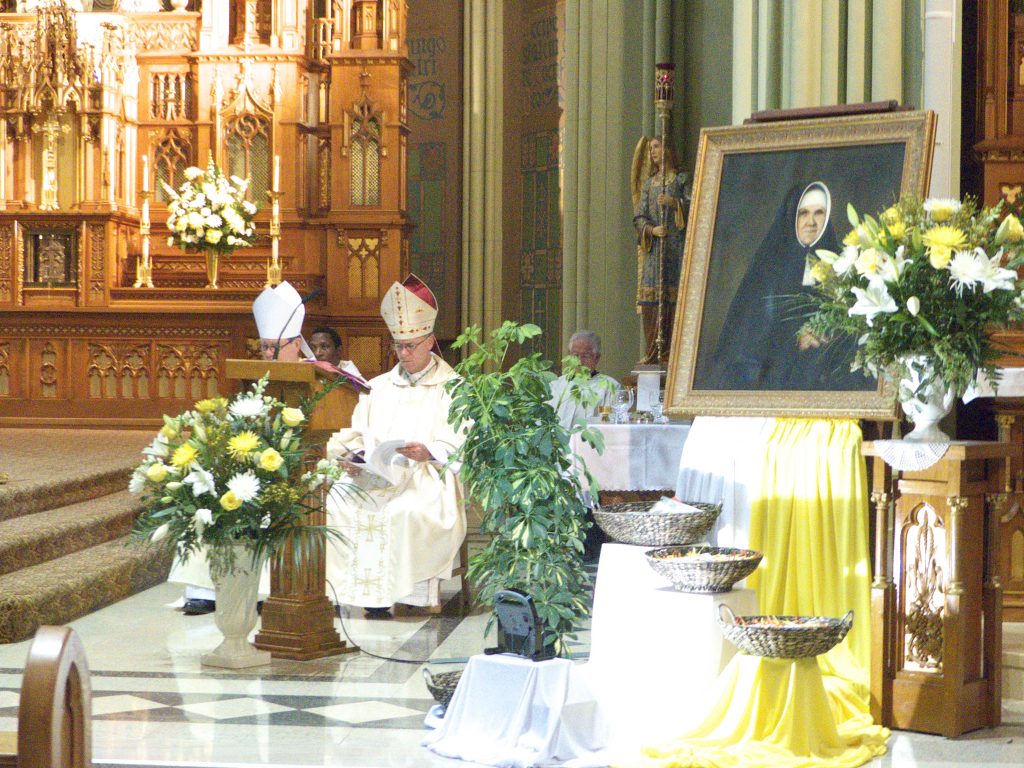 The influence and memory of the Poor Handmaids is still visible at many of the schools and hospital facilities at which they served, the bishop said in his letter, and devotion to St. Maria Katharina has been growing since her canonization. “Being able to liturgically celebrate the congregation’s foundress would resonate with thousands of the faithful who have benefited from their ministry.”

“St. Katharina was always so humble that she didn’t want to be in the lime light,” reflected Sister Joetta Huelsmann, PHJC provincial. “I think having her recognized officially will help continue her spirituality and the charism of the Poor Handmaids of Jesus Christ that she started so many years ago. Her life is for everyone to imitate, not just us.”

It’s a fitting honor for the woman who missioned the first eight Poor Handmaids to America by way of the Fort Wayne diocese, said Sister Linda Volk, PHJC.

“ She took the risk of sending her sisters across the ocean to a foreign land at a time when there was still much need for these sisters in Germany. She crossed borders to serve the immigrants to America of her era, just as we are called to include and serve those of our time. Let her example and spirit continue to inspire and move us to act for justice with mercy and charity.”

Libby Riggs, PHJC associate director, was also happy and excited to hear the news of the inscription.

“It brings to the forefront of our times, the important message of Katharina’s life and ministry and how it is a lesson for all of us to be carried over in our time: simple, loving service to our neighbors in a divided nation and a world that calls for us to care for one another and recognizing each of us as neighbor.”