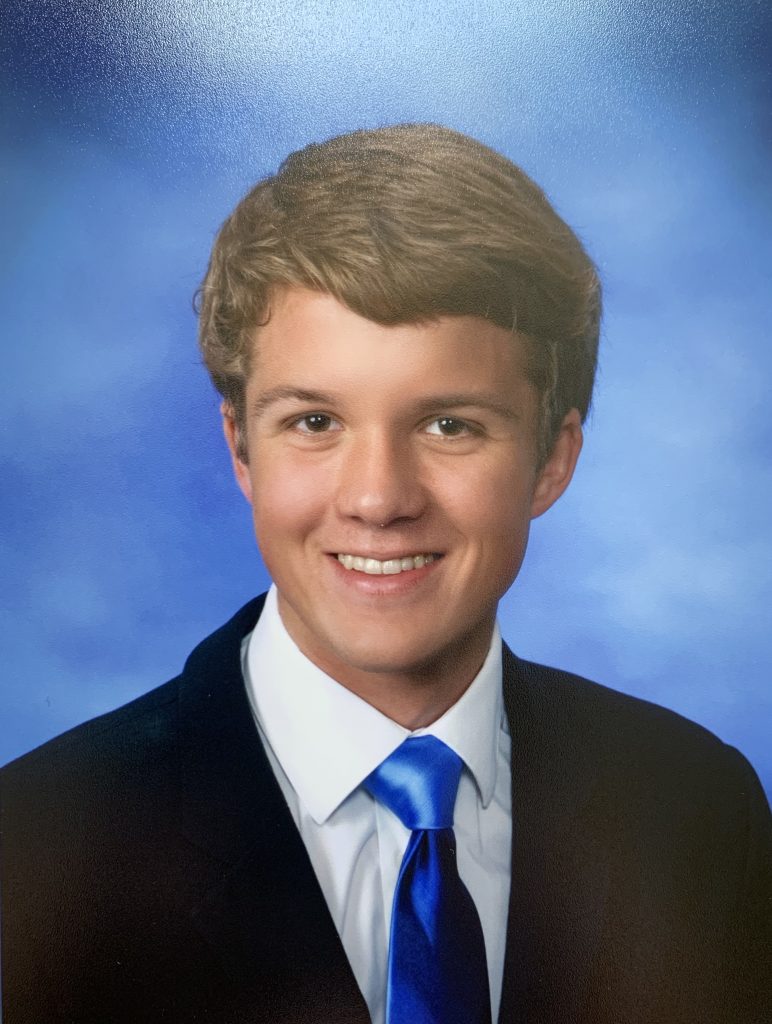 High school can be a stressful time for young people. Marian High School valedictorian Joseph Rice admits he felt pressure a little too much at times, but it was then that he found comfort in his Catholic faith.

“I stress myself out too much. That’s not something that I’m necessarily proud of, but it’s the truth. In times of trouble, I’ve been able to cling to my faith — whether it be a comforting Bible verse or the ability to attend Mass during or after school.”

In addition, Rice said, he enjoyed being in an environment where he was able to talk about and share his faith. “The closest bonds that I have formed during high school have been ones that are grounded in a strong and common faith. I feel that I finally took my faith as my own in high school, and this has helped me to grow, not just in knowledge about God, but more importantly in desire to live out God’s will in the ordinary and everyday moments of life.”

Rice, who is a parishioner of St. Pius X Parish, Granger, attended St. Thomas the Apostle School in Elkhart before coming to Marian. At Marian, he attained a 4.667 GPA that places him first in his class.

What he will remember most about his high school experience is the few close bonds he formed. “I have a number of people who I would call my friends in the student body, but there are a couple people who I have grown exceptionally close to that I am sure will be in my life for the rest of my life,” Rice said.

Other treasured memories include his time with the soccer team. “I’m positive that the team my senior season was the best team I will ever play on. I don’t say that necessarily in terms of talent, even though we were a talented group of guys, rather, the camaraderie between the players and how much I enjoyed the season will always stand out to me.

“A couple other treasured memories include the midwinter dances during junior and senior years and the prom,” he recalled. He also enjoyed spending a lot of time in his Ancient Greek class. “That group of people was a very fun and high achieving group, and we bonded a lot in that particular class.”

In addition to playing JV soccer his freshman and sophomore years and varsity soccer as a junior and senior, Rice captained the team his senior year — the year they were Northern Indiana Conference co-champions. He also ran varsity track.

He participated in Knights for Life all four years of high school, acting as the group secretary his senior year. As a freshman he performed in the spring musical, and for the first three years he was active in campus ministry.

His sophomore year, he co-founded the Greek Club. Sophomore and junior years, he played intramural basketball, and his junior and senior years he was a member of the National Honor Society.

Outside of high school, Rice enjoys traveling, spending time with his family and cooking. He is an extraordinary minister of holy Communion at St. Pius and works refereeing matches for the Edwardsburg Youth Soccer Association. He plans to study biochemistry at Western Michigan before beginning medical school to become a doctor.