Recreating a living Nativity of the Lord became a popular Christmas devotion because of St. Francis of Assisi, who is said to have been one of the first Catholics to begin the practice when he set up a manger and brought in animals to preach about the birth of Christ on Christmas Eve 1223.

The cast of characters and observance of living Nativities spread throughout Europe in the centuries following. And although there is no proof that the shepherds and Magi were both present at the stable at the same time, living creches reflect Renaissance religious art, which often brings them together.

Catholic and Protestant families set up personal creches at home, but viewing a live Nativity turns the thoughts of the faithful from the hustle and bustle toward reflection on the true meaning of Christmas — the birth of the Savior. 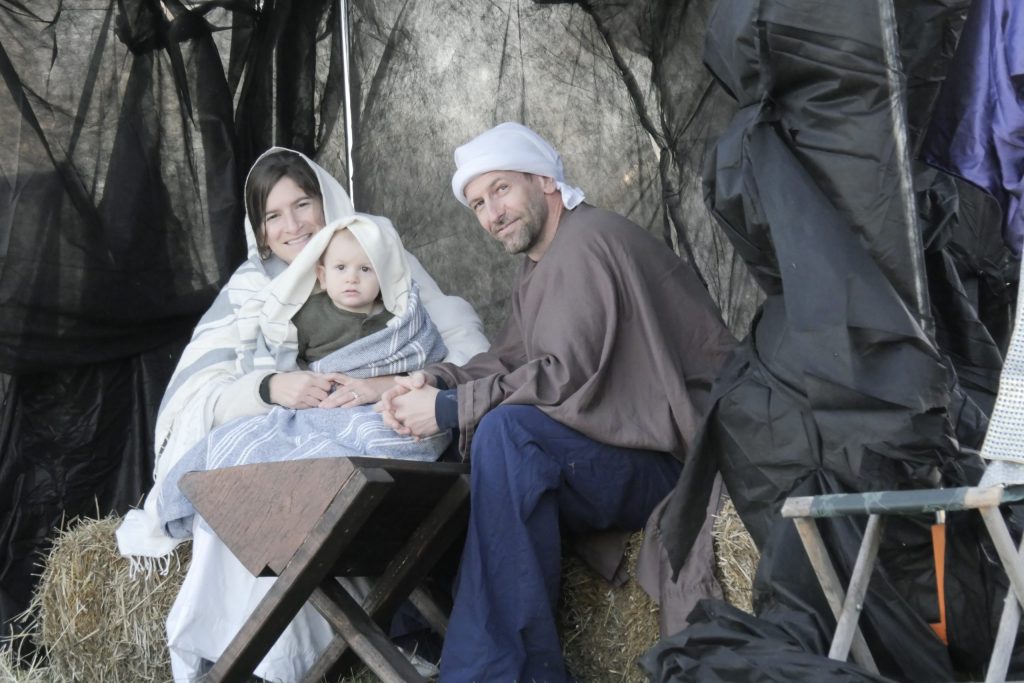 Photos by Jennifer Barton
This was the first year that Bishop Dwenger High School, Fort Wayne, above, staged a living Nativity, with students from the high school and one of its feeder schools, Queen of Angels, depicting Biblical characters. Live animals, including a camel, sheep and goats, graced the school’s grounds during the event. The cost of admission to the drive-through was a donation to Women’s Care Center. 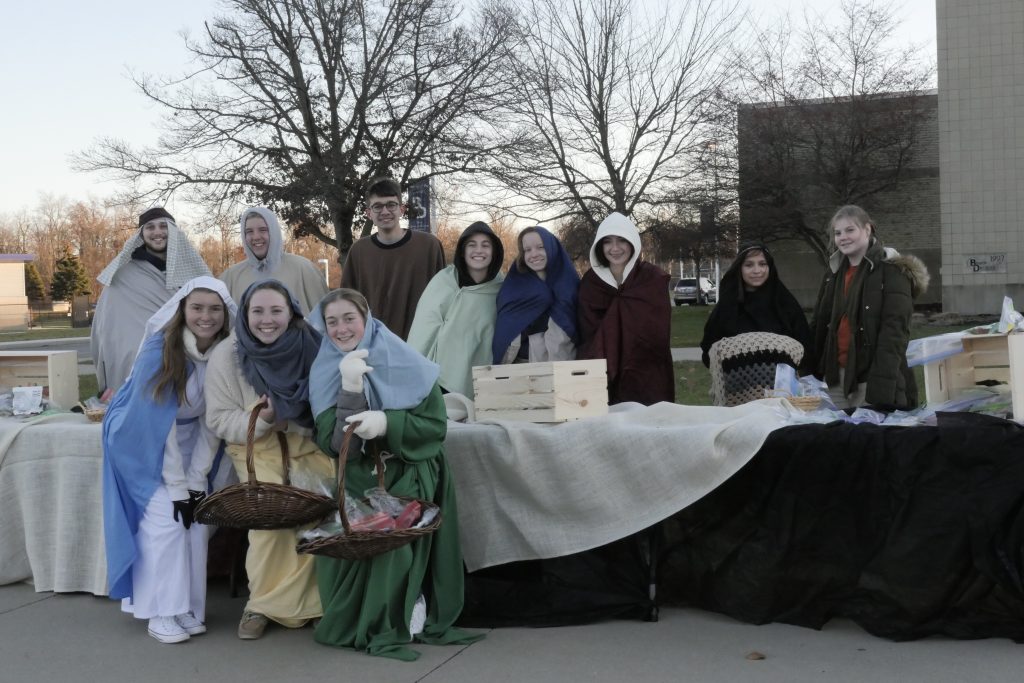 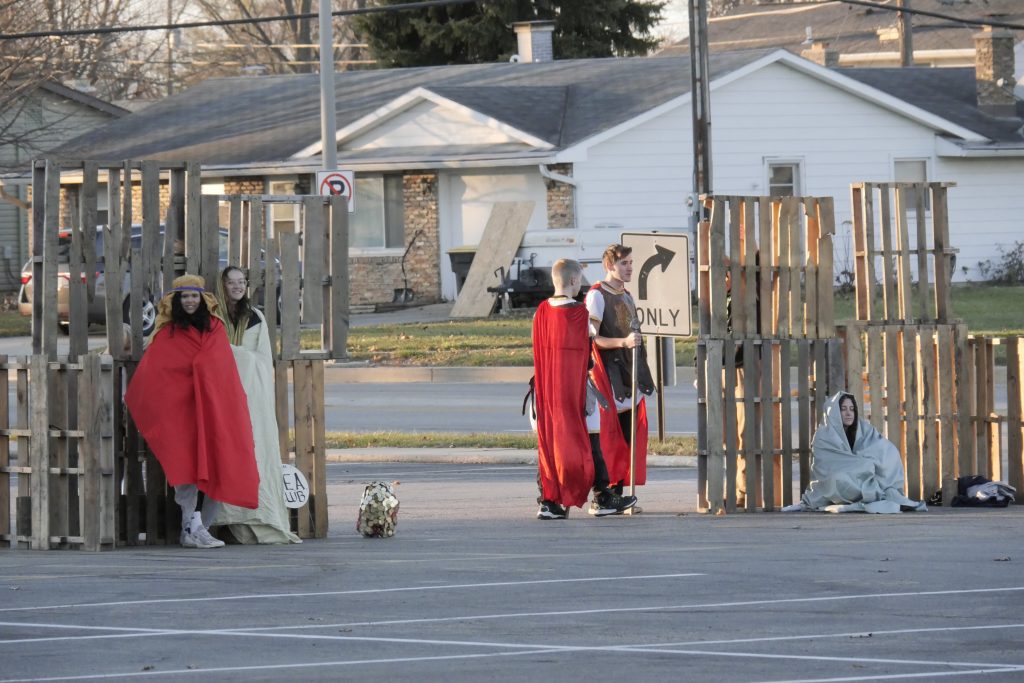 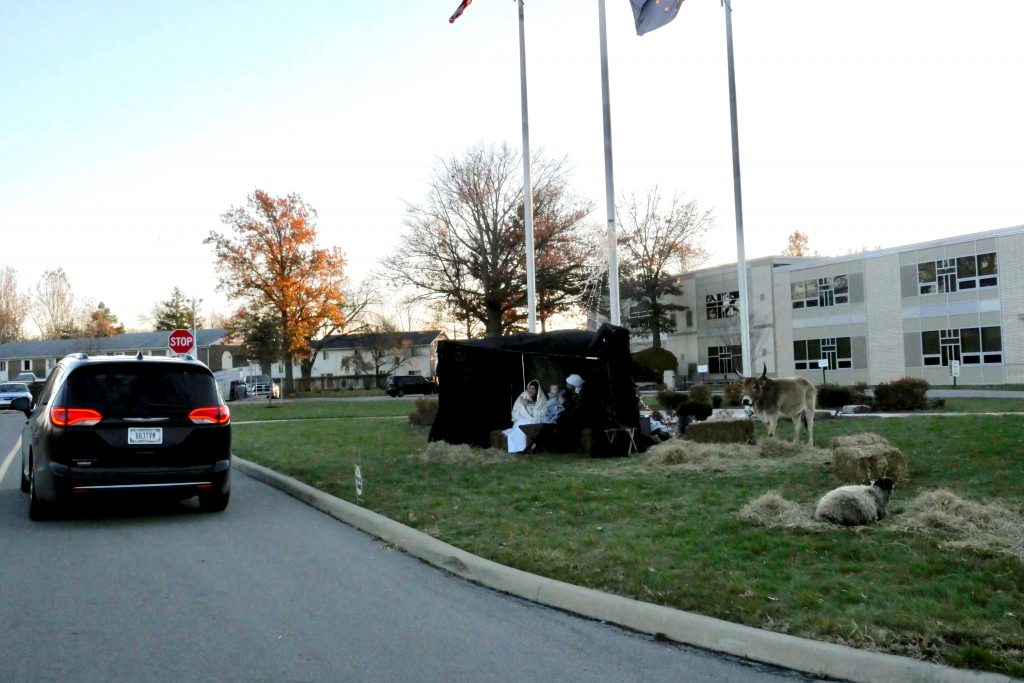 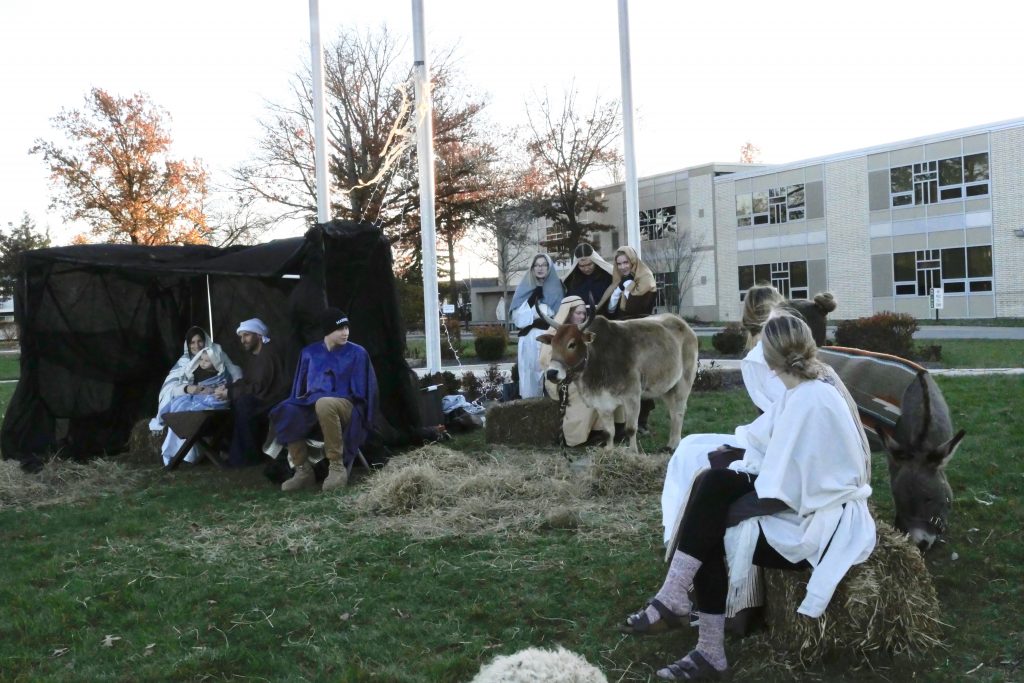 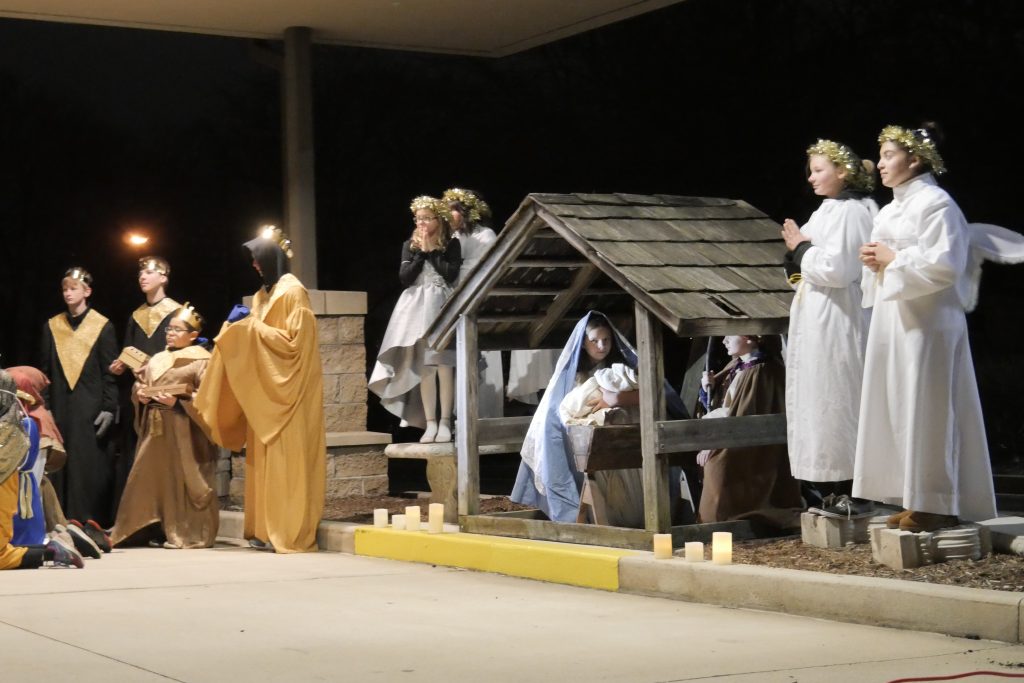 St. Therese Parish in Fort Wayne utilized its wooded grounds to host a live Nativity this year. Associate pastor Father Keeton Lockwood led parishioners on a lighted path to different stations in search of the Christ Child: They met shepherds, angels and Wise Men, all played by children of the parish. — Jennifer Barton 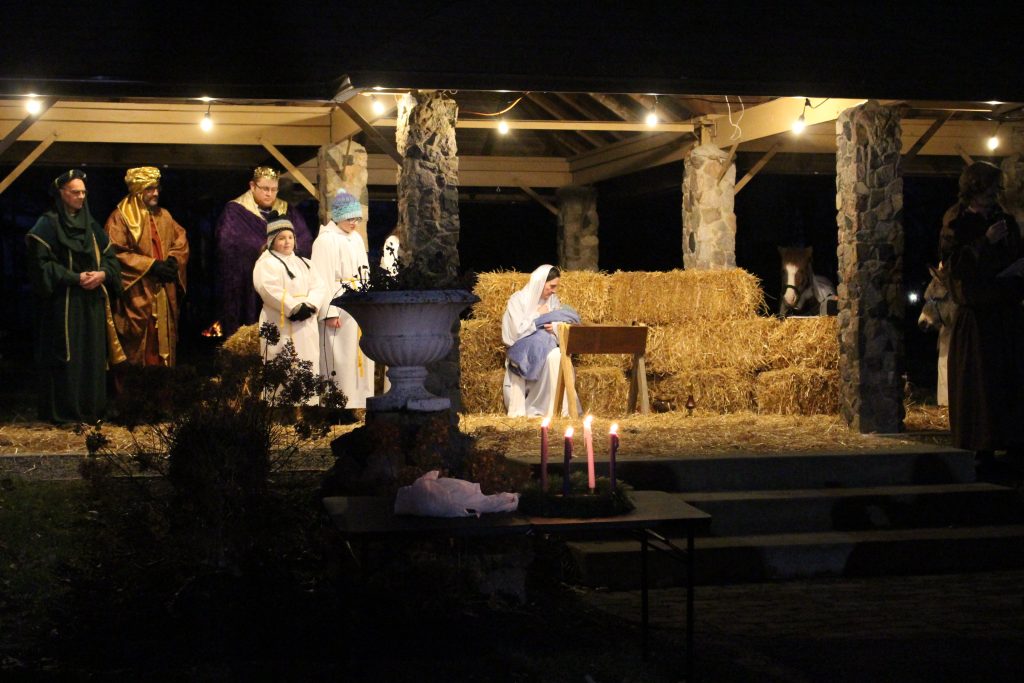 SS. Peter and Paul Parish continued a tradition of holding a live Nativity at St. Felix Catholic Center in Huntington. This was the third year and response has been positive. The event also featured a petting zoo for children that included goats and a llama. — Clara Burns 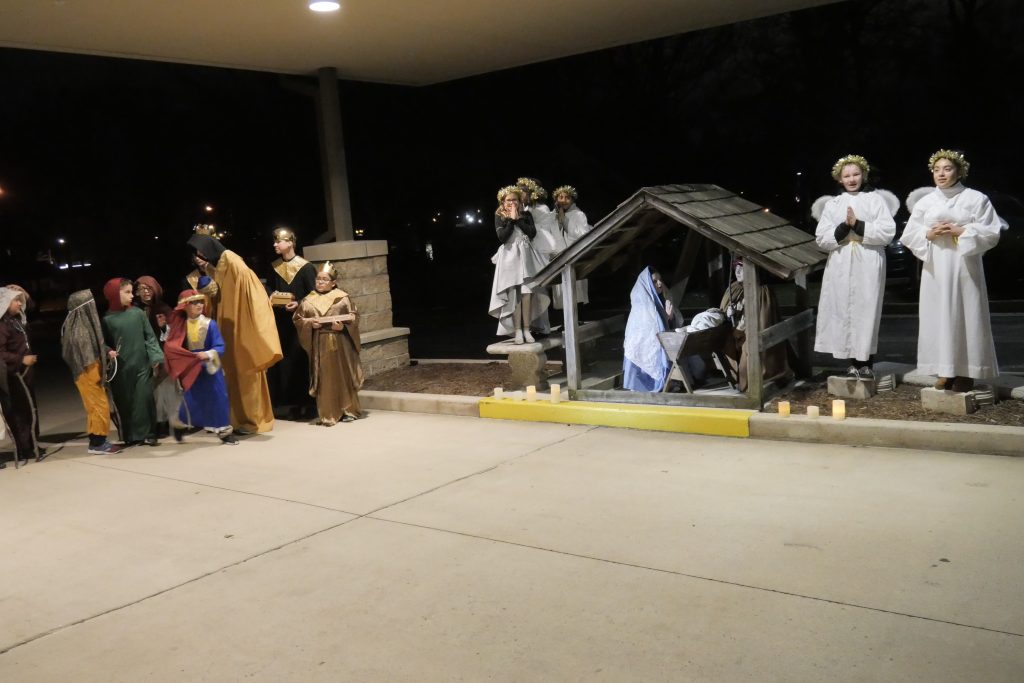 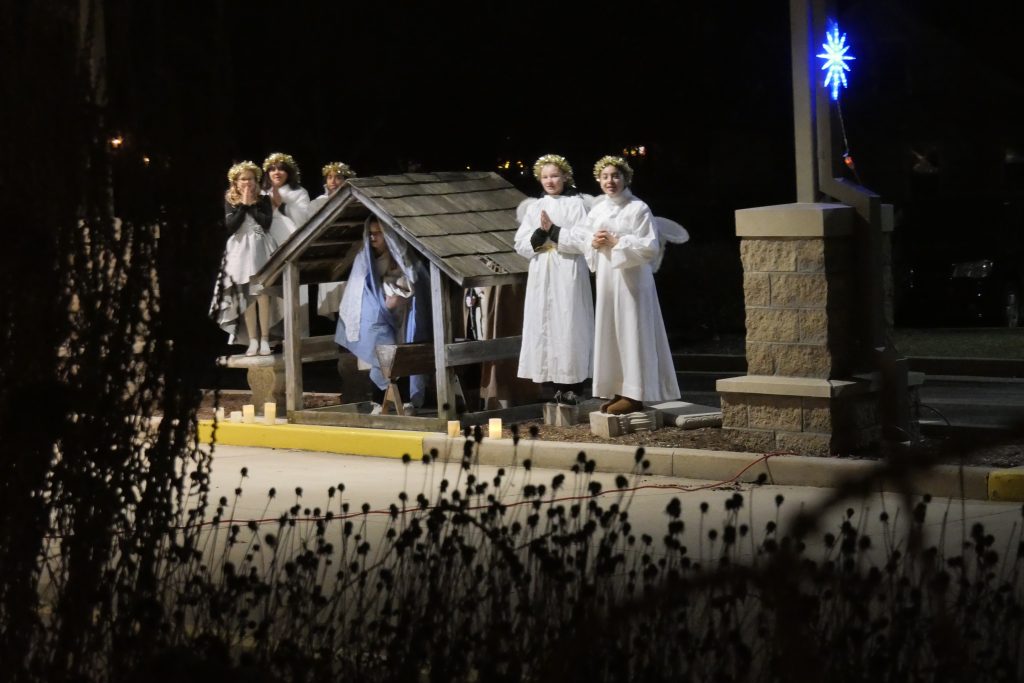 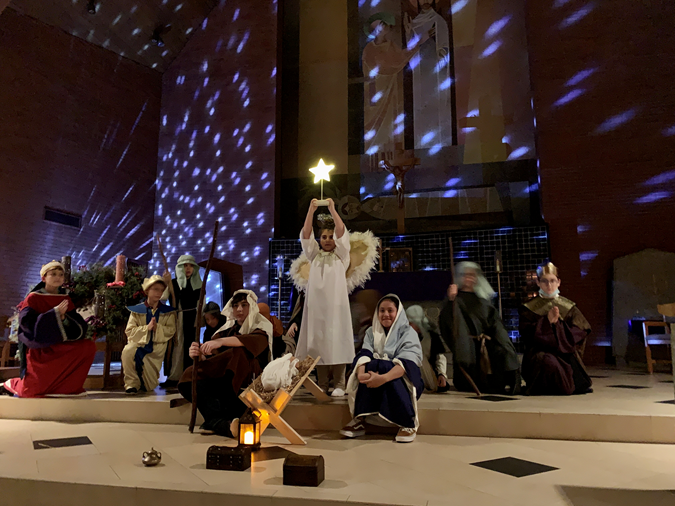 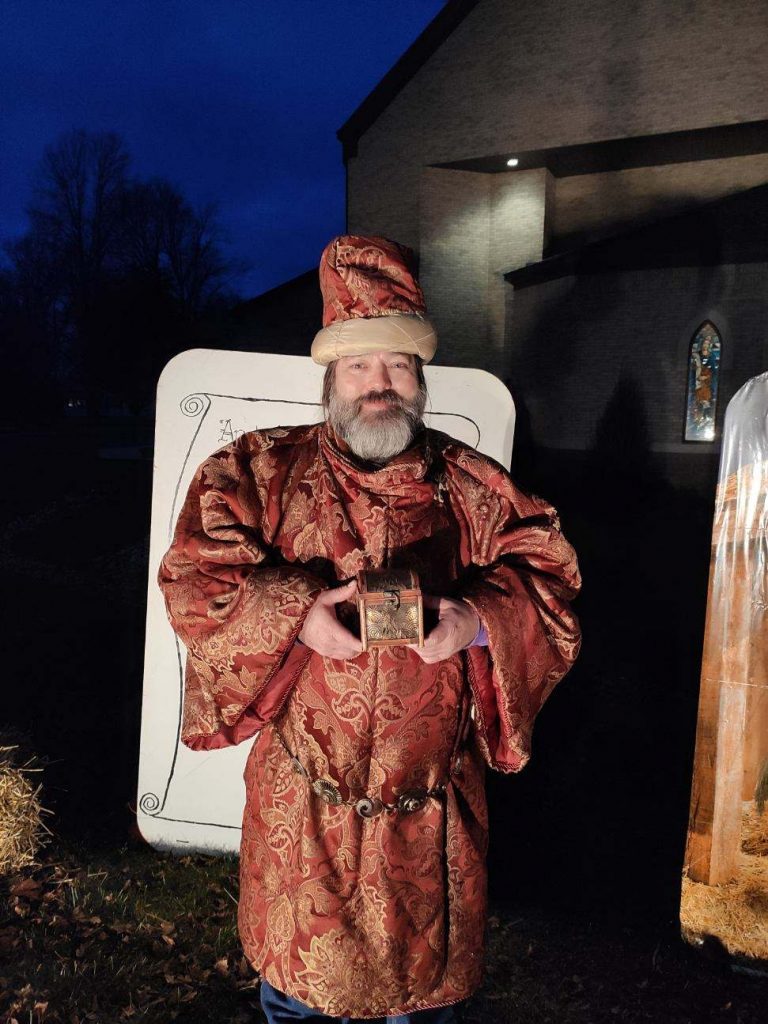 Provided by Patti Webster A Wise Man holds out his gift for the baby Jesus at the living Nativity at St. Anthony of Padua in Angola Sunday, Dec. 19. 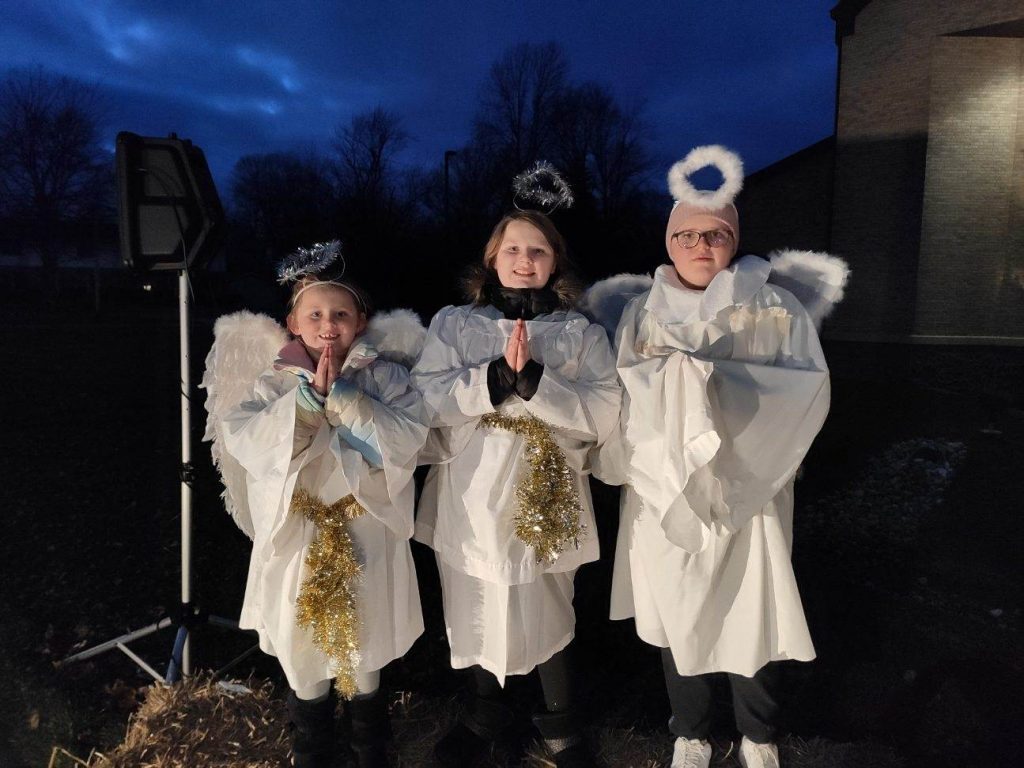 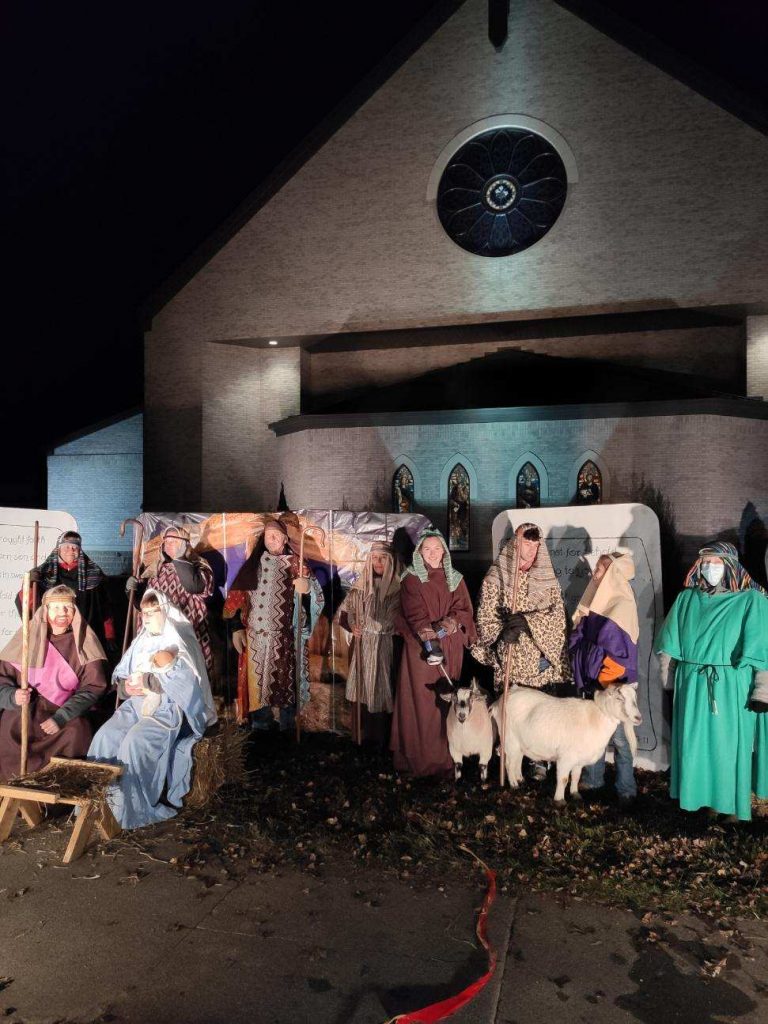